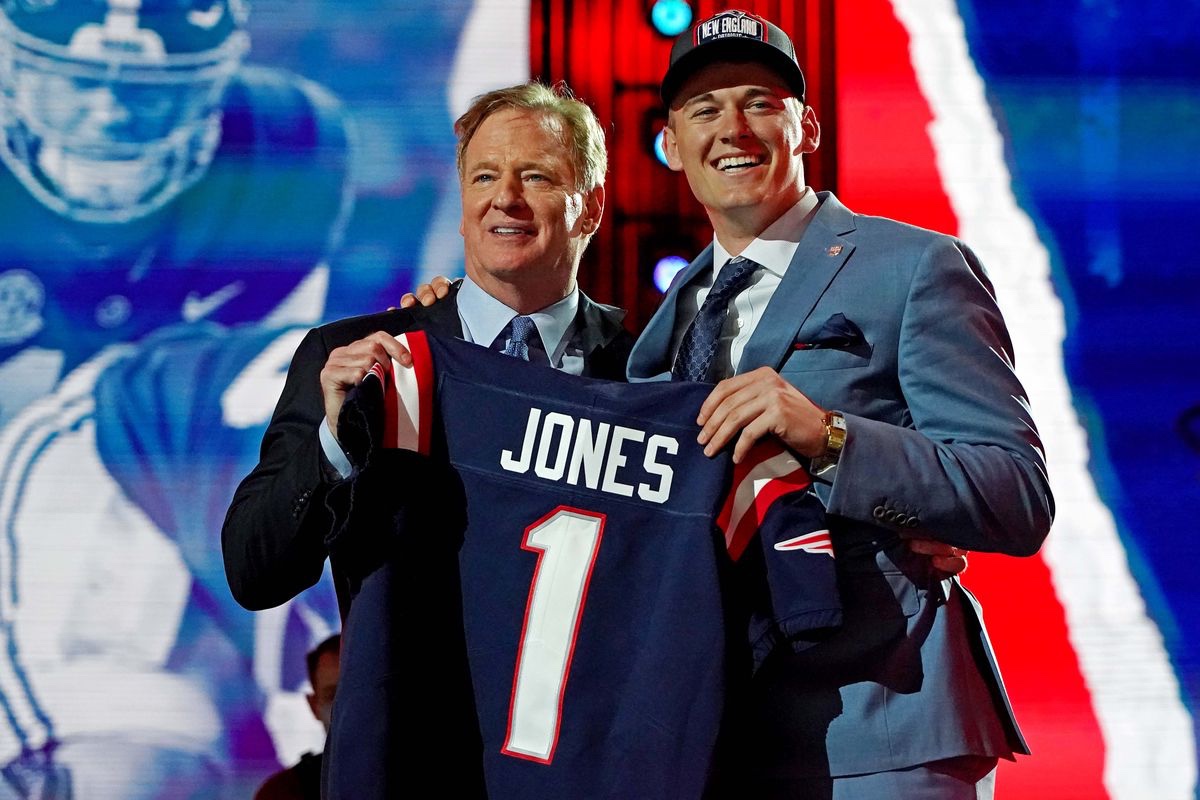 The New England Patriots are 7-4 and first place in the AFC East as we head into Thanksgiving. With each passing week, the team looks closer and closer to a true Super Bowl contender. With the toughest stretch of the season coming up, the Patriots and their fans have a lot to be thankful for. At the top of that list should be New England’s last two draft classes, which have helped the franchise rebound post-Tom Brady and establish a young, talented core.

Prior to the 2020, the Patriots had a dry-spell of picking players, with little to show for their drafts from 2017-2019. New England got one good player in 2017 (Deatrich Wise), two pretty good players in 2018 (Isaiah Wynn and Ja’Whaun Bentley) and one good and one great player in 2019 (Damien Harris and Jake Bailey. For three drafts, the Patriots picked one truly great player and it was at punter. Sony Michel was a major reason the team won a Super Bowl in 2018, but he was a disappointment after that. N’Keal Harry is a terrific blocker, but one catch or less per week is not what a team drafts a receiver in the first round for.

Looking at those three drafts, it was tough to find players that would be part of a championship core. Wise and Wynn are the best candidates and Harris has been good, but none of them are elite at their positions. That brings us to 2020 and 2021.

Heading into the 2020 draft, the Patriots no longer had Tom Brady and needed an infusion of young talent on the roster. Kyle Dugger is an elite athlete and although he played college football at the Division II level, he had no trouble acclimating to NFL speed. Dugger has grown into a starting safety and has four interceptions on the season through 11 games. He also was a major factor in the Patriots shutting down Kyle Pitts on Thursday night.

Josh Uche has seen his playing time dip this season in large part because Matthew Judon and Kyle Van Noy have played so well, but he has three sacks and has shown the potential to contribute more. Perhaps the biggest hidden gem of the 2020 draft was Michael Onwenu, a sixth-round pick from Michigan (sound familiar? Kidding).

Onwenu was one of the best rookie offensive linemen in 2020 and has played great football at both guard and tackle in 2021. Recently, Owenu has been rotating with Trent Brown, but that has more to do with Brown playing at an elite level than anything else. Owenu looks poised to be a major piece of the offensive line for years to come.

The Patriots followed up the 2020 draft with one of their best in 2021. In the first round, Mac Jones was selected 15th overall. With a completion percentage over 70 and 2540 yards to go along with 14 touchdowns and 8 interceptions, Jones is a leading candidate for Rookie of the Year and has cemented himself as the future franchise quarterback. That alone would make the draft successful. What makes it a home run is two players picked after Jones.

Christian Barmore has been a force at defensive tackle. He has steadily increased his snap counts this season and also looks like a Rookie of the Year candidate. He has half a sack and six quarterback hits, but those numbers don’t accurately represent how dominant he has been. He consistently pushes the pocket on passing downs and has become increasing stout against the run.  Rhamondre Stevenson, a running back picked in the fourth round, had some early season struggles but has emerged as a great complement to Harris. He is currently averaging 4.6 yards per rush and 9.8 yards per catch. He acquitted himself well when Harris missed time earlier this season. Ronnie Perkins, a defensive end picked in the third round, has not contributed yet, but flashed real pass rush potential in training camp and is a name to watch.

Let’s not get ahead of ourselves, the Patriots are not the Super Bowl favorites right now and a major part of their turnaround this season has been a strong free agent class. However, their last two drafts have provided significant pieces that could shape the Patriots into a Super Bowl favorite in the coming years. Dugger, Uche, Onwenu, Jones, Barmore and Stevenson are all players that can help the Patriots win playoff games. For a team that measures success in January and February, the core they have established is more than capable of carrying on New England’s winning tradition.