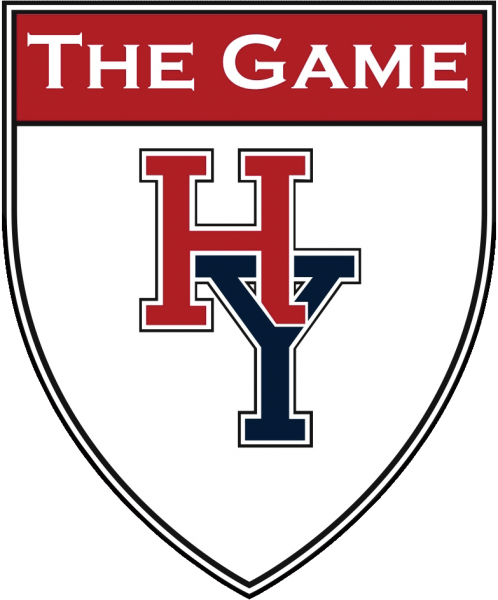 Amidst the disappointment of the cancelled 2020 Ivy League Football season was the loss of the conferences most esteemed matchup. “The Game”, as it’s commonly known, is an opportunity for the college football landscape to tune into one of the sport’s best rivalries that pits the Harvard Crimson (7-2, 4-2) against the Yale Bulldogs (5-4, 4-2).

As disconnected as the average person can feel to the life of an Ivy Leaguer, Harvard-Yale ranks up there with some of college football’s most tuned into games. For the true geeks of the sport, seeing “The Game” is a bucket list item like attending Army-Navy, Alabama-Auburn, or Michigan-Ohio State.

This year’s installment will have no shortage of intrigue and excitement as the Crimson make the 135-mile journey from Cambridge to New Haven.

The winner of the 137th meeting between the two teams won’t just earn bragging rights until next season, they’ll at least buy themselves a chance at earning a sliver of the Ivy League title should Dartmouth (8-1, 5-1) lose at Brown and Princeton (8-1, 5-1) lose at Penn.

While the likelihood of that is slim, with the Bears and Quakers amidst sub .500 seasons, crazier things have happened in college football. Locking up a win either way will be the goal come noontime on Saturday afternoon at the Yale Bowl.

Between 2001 and 2015 the Crimson went 14-1 against the Bulldogs. However, since 2016, Yale have won three of the last four matchups. With last seasons game cancelled due to the pandemic, the Crimson will be motivated to win their first game since a 45-27 showing at Fenway Park in 2018.

Harvard are led by junior quarterback Luke Emge (39 CMP, 65 ATT, 478 YDS, 3 TDs, 1 INT) who has taken over signal calling since the October 30th loss to Dartmouth. While he doesn’t bring anything outstanding to the air or ground games, his steady presence taking care of the ball has been most welcome for a team that has had it’s share of issues at the quarterback position this season.

The Crimson will rely on junior running back Aaron Shampklin (135 ATT, 768 YDS, 11 TDs) who leads the conference in rushing attempts and average total yards a game. He also sits second in total rushing yards and touchdowns.

Shampklin’s partner in crime, sophomore Aidan Borguet (106 ATT, 559 YDS, 7 TDs) is fifth in total rushing yards and average total yards per game, with his touchdown mark being tied for fourth in the league as well.

It’s no question they’ll look to get the ground game going as the Crimson lack a single individual pass catcher in the top ten in the conference and are sixth as a team in the Ivy for passing offense.

As the Bulldogs leading rusher Grooms will be in for a busy afternoon but can lighten his load with junior running back Spencer Alston (77 ATT, 367 YDS, 7 TDs) who is tied with Crimson back Nathan Borguet in rushing touchdowns within the conference.

They are fortunate to have two great pass catchers out wide with senior Melvin Rouse II (45 REC, 552 YDS, 2 TDs) and sophomore Mason Tipton (24 REC, 509 YDS, 3 TDs) both sitting within the top ten of the conference in receiving.

Defensively the game should be fairly even matched with the Crimson (3rd) sitting just one spot above the Bulldogs (4th) in total defense.

The Crimson run defense, ranked first nationally in the FCS as well as the conference, has been stout all season long. For the Bulldogs, they sit in the middle on the conference at fourth.

The last time Harvard faced a dual-threat quarterback, Dartmouth standout Nick Howard, who leads the conference in rushing touchdowns and is third in total rushing yards, the Crimson held him to just 10 carries for 32 yards.

The Bulldogs (4th) sit one spot above the Crimson (5th) in total passing defense, but the Crimson rank first in the Ivy League in takeaways with 14.

While Yale have their usual motivations for wanting to beat Harvard, including the slim chance at a shared Ivy League title, the Crimson have a lot more to play for.

Still feeling jaded from the loss to Princeton in overtime that even the conference deemed a mistake, then a close home loss to Dartmouth at home in the rain from a field goal, the Crimson have something to prove.

They’ve played angry the last two weeks with throttling wins over Columbia (49-21) and Penn (23-7), knowing all too well they should still be in the title conversation on the final matchday of the season.

Look for the Crimson to come out and put the league on notice that come next season, they’ll be ready.