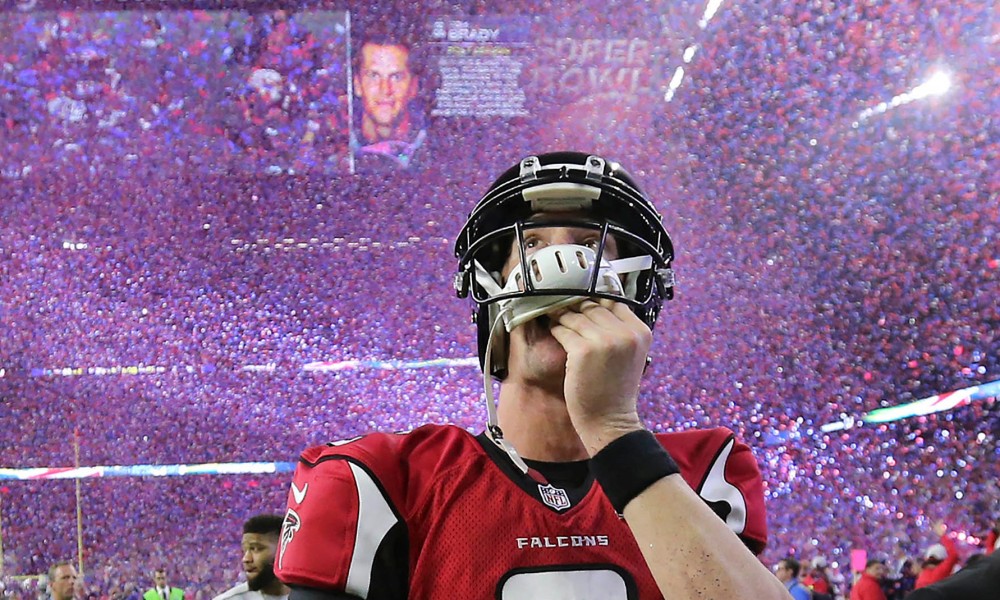 The Patriots are rolling right now. After a dismantling of a good Cleveland Browns team, they take on a foe that they have some good memories with, the Atlanta Falcons. This is a primetime game for the Patriots who are looking to solidify their contender status in the AFC.

Lets look at the matchups

Mac Jones was great last week. Some of the throws he was making truly had my jaw on the floor. He is not Patrick Mahomes, Aaron Rodgers or Russel Wilson who play like their hair is on fire from time to time and make spectacular, off balance throws. But his pocket presence and ability to throw with accuracy and anticipation are clear and he’s getting better every week. His statline was not spectacular, but he really only had to do so much. He finished 19 of 23 for 198 yards and 3 touchdowns. He found Hunter Henry for two of those scores and their connection is getting red hot, especially in the red zone. Kendrick Bourne was the other TD recipient on a very ballsy throw from Mac that could have gotten his receiver killed over the middle, but it ended up in the end zone for a touchdown. Josh McDaniels was also phenomenal in this game as the Patriots gained 450 yards total. His play action screens to Rhamondre Stevenson and Brandon Bolden and end arounds to Kendrick Bourne kept Cleveland’s defense clueless the entire game. The offensive line was also great, allowing 2 sacks, but only 6 pressures total the whole game. I was extremely impressed with the Patriots’ offense in this game and specifically the young QB Mac Jones. They have another chance to impress against a porous Falcons’ D on Thursday.

The Falcons got absolutely clobbered last week in their game against the Dallas Cowboys by a final score of 43-3. Dak Prescott was doing whatever he wanted through the air, feeding Ceedee Lamb for 94 yards on 6 receptions with 2 TDs. Dean Pees is the defensive coordinator for Atlanta and he runs multiple different looks on defense with a lot of man to man coverage to go along with creative blitzes. If you have the athletes on the outside and in the slot to win one on one matchups you’ll be in a good spot. Their number one corner is the second year man out of Clemson, AJ Terrell, who is having a fantastic season so far. He had a tough time sticking with Ceedee Lamb last week against the Cowboys, but that is less of an indictment on him and more of a signal of Lamb’s talent. Grady Jarrett and Dante Fowler Jr. are their best pass rushing threat but Fowler is coming off an injury and Jarrett is much less effective as he has been in years past. Defending the Patriots is always a challenge for any defense, but I think the Falcons’ secondary at least matches up with the Patriots’ weapons on the outside.

I see Mac taking another step forward and tearing up this Falcons’ D. It is up to the offensive line to give him time to do so.

The Patriots were without starting running back Damien Harris on Sunday but still were able to effectively run the ball with the dudes they had available. They totaled 184 yards on the ground overall, 100 of which came from rookie Rhamondre Stevenson. Stevenson had 20 carries and averaged exactly 5 yards per tote. Some of his best runs came behind Trent Brown who returned from injury, but other runs showcased his contact balance and refusal to go down after one tackle attempt. It was really impressive to see a rookie jump in and be effective like that and he was even effective in pass protection, something that takes certain rookies a long time to get used to in the NFL. While Stevenson was effective, he was not the only contributor. Brandon Bolden stepped up with the absence of Damien Harris, carrying the ball three times for 23 yards and showing off his receiving ability as well. Kendrick Bourne showed his speed on the outside taking three end around plays for 43 yards. McDaniels’ ability to utilize all his athletes in the passing and run game is something very unique to him. His ability to disguise the jet sweeps and end arounds is like poetry in motion when watching on film. Harris will be back for this game, but it is to be seen what kind of role he will have coming off the injury. The offensive line was moving dudes on Sunday and I see that continuing this Thursday

Atlanta’s rushing defense ranks as a bottom ten unit in the league this year and they have been very inconsistent. While they got gashed by Dak Prescott last week, they actually did an alright job against the run. They allowed 114 rushing yards to Zeke and Tony Pollard, holding them under their season average. The previous week they allowed 109 to Alvin Kamara and the Saints and the week before that, 203 rushing yards to the Carolina Panthers. Some of their leading tacklers on the year are in their secondary which is never a good sign for your front seven. They are getting slowly healthier on defense for this week but I still heavily doubt they are up to the task of taking on this red hot Patriots’ offensive line.

This one again is pretty easy. Give me the hogs up front for New England to dominate the line of scrimmage and Stevenson and Harris to run wild.

Matt Ryan and the Falcons come into Thursday night ranked right around the middle of the pack in terms of yards per game. The only identity their offense has is inconsistency and Matt Ryan matches that. There have been games where he has looked like vintage Matt Ryan and games where he and the offense have looked putrid. Last week against the Cowboys, Ryan completed 42% of his passes with 2 interceptions and a QBR of 21.4. The Cowboys‘ defense is solid, but for Ryan to put up that performance against a D that let up 30 points to the Broncos the week before is quite concerning. The Falcons shiny new toy is Kyle Pitts, the rookie out of Florida who can play traditional tight end, in the slot and split out wide. He’s a ridiculously athletic tight end with great hands who is smooth as butter breaking in and out of his routes. With wide receiver Calvin Ridley out for the foreseeable future, the offense runs through him and his teammate Cordarrelle Patterson. Patterson has a high ankle sprain and is “questionable” for this game, though I’d be shocked if he plays. When the Atlanta offense is rolling, Patterson is usually heavily involved. He plays running back and wide receiver both at high levels and is a matchup nightmare like Pitts. I presume they have him listed as a limited participant in practice to make New England game plan for him, but Bill should be able to see through that. Matt Ryan is a good quarterback, but playing the guessing game as to which Matt Ryan is going to show up is a dangerous game.

The Patriots’ defense looked like they were in trouble during the first drive against Cleveland as they marched down the field for a long touchdown drive. They bounced back after that, shutting out the Browns for the rest of the game in conjunction with a stellar performance from their offense. Just to rattle off some of their accomplishments; they held the Browns to 1/11 on 3rd down conversions, only let up 118 passing yards, racked up 5 sacks and dominated time of possession 26 minutes to 34 minutes. Safety Kyle Dugger came up with an interception early, baiting Baker Mayfield into throwing an out route into trap coverage which was executed perfectly. Dugger ended up with a 91.0 PFF grade as well, the highest of his career. The pass rush was tenacious against a really solid offensive line that has some high paid assets in the middle. Baker Mayfield is not the bet quarterback in the world but the Patriots were able to make him uncomfortable right away. They continued the trend of playing more zone coverage and their personnel has had no problem adjusting.

Give me the Patriots here to cause some chaos and give Matt Ryan flashbacks to the 28-3 disaster.

The Falcons this year have pretty much split the carries between Cordarrelle Patterson and veteran Mike Davis. Mike Davis was signed this offseason after doing a fantastic job filling in for CMC in Carolina last year. Patterson is a gadget player and can do everything so most of the time when Mike Davis is getting the ball he is behind the quarterback and behind a gap blocking offensive line. The problem is the Falcons offensive line sucks, Patterson is hurt and Davis is only averaging 3.3 yards per carry this season. His high for carries this year is 15 in last weeks game, where he totaled 49 yards. Other games where he has gotten 13 carries, he totaled 53 yards and 14 yards. In other words, it’s not great, Bob. They will absolutely need to get the rushing attack going tonight if they want to have a chance. They also like to run two tight end sets and their second tight end Hayden Hurst is out for Thursday. The Falcons are going to have to pray for an inspired performance from their offensive line on prime time.

The Patriots played the Browns’ strength pretty well on Sunday, not because they were consistently stuffing the run, but because they put the Browns in a position not to run. D’Ernest Johnson averaged 5.2 yards per carry on the day, partially due to that early drive where Cleveland was dominant and the light boxes the Patriots were able to play to end the game with. Overall, they did a good job at not letting the machine that is the Browns’ running game get hot. Rookie Christian Barmore played 45 snaps on Sunday and he has seen his playing time go up and up as the season has gone on. He had 5 pressures on the day to go along with 4 total tackles. He’s a load to deal with in the middle who has great hands and nimble feet for a big man. I can see him having a big game on Thursday. The interior of the Falcons’ offensive line is vulnerable as can be, so the Patriots’ big men should have a good day.

This is another advantage for the Patriots. The Falcons can’t run for the life of them and I trust the Patriots to shut it down early.

The Patriots are coming off a huge blowout win and the Falcons are coming off a huge blowout loss. The Falcons are at home in their beautiful stadium for a primetime game against an opponent they have some bad memories against. Conventional betting wisdom would tell you to take the points tonight, The Patriots cannot be as good as they’ve looked and The Falcons can’t be THAT bad, right? Right???

Yeah I don’t buy it. The Patriots look legit lately and it is not smoke and mirrors. Their defense is playing like Belichick’s defenses of old and their rookie quarterback is making a hell of a case for rookie of the year honors. As I said, this game screams trap game for New England but I love the matchup for them and the Falcons are trending in the wrong direction and are dealing with injuries.