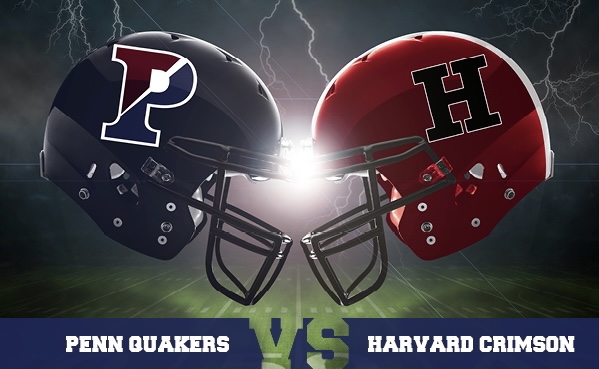 The Crimson play their last home game of the season this afternoon when they host the Penn Quakers.

Harvard is coming off of a big win against Columbia in which quarterback Luke Emgi threw for 311 yards and three touchdown passes. The Junior from Lancaster, Pennsylvania will get the start today and look to build off of last week’s performance.

Here are three offensive and defensive keys for the Crimson.

1. Get Emge going early: Don’t be surprised if the Crimson build off of last week’s offensive performance and come out throwing. Balancing things up with their ground game is important.

2. Borguet all day: Borguet had a big day against Columbia so look for him to get another 15-20 touches this week as the feature back.

3. Fast start: Penn has struggled in the first half of games defensively this season so it is important for the Crimson to get off to a fast start offensively.

1. Pressure, pressure, pressure: The Harvard front seven is among the best in the Ivy League. They have not been dominant this season but this is a game where they can make their impact felt.

2. Don’t give them hope: Penn only scored 12 points last week in a loss to Cornell. The Quakers have struggled at times this season offensively. Harvard’s front seven

3. Set the tone for next week: The Crimson defense will have their hands full next week at Yale. A good performance today would be a good way to build momentum for next week.

Final Thoughts: Tim Murphy teams don’t usually look ahead so I don’t think they’ll be looking ahead to Yale next week. Despite that, they haven’t played their best football at home this season so they need a solid performance before “The Game.” A final hone win for the seniors would be nice.