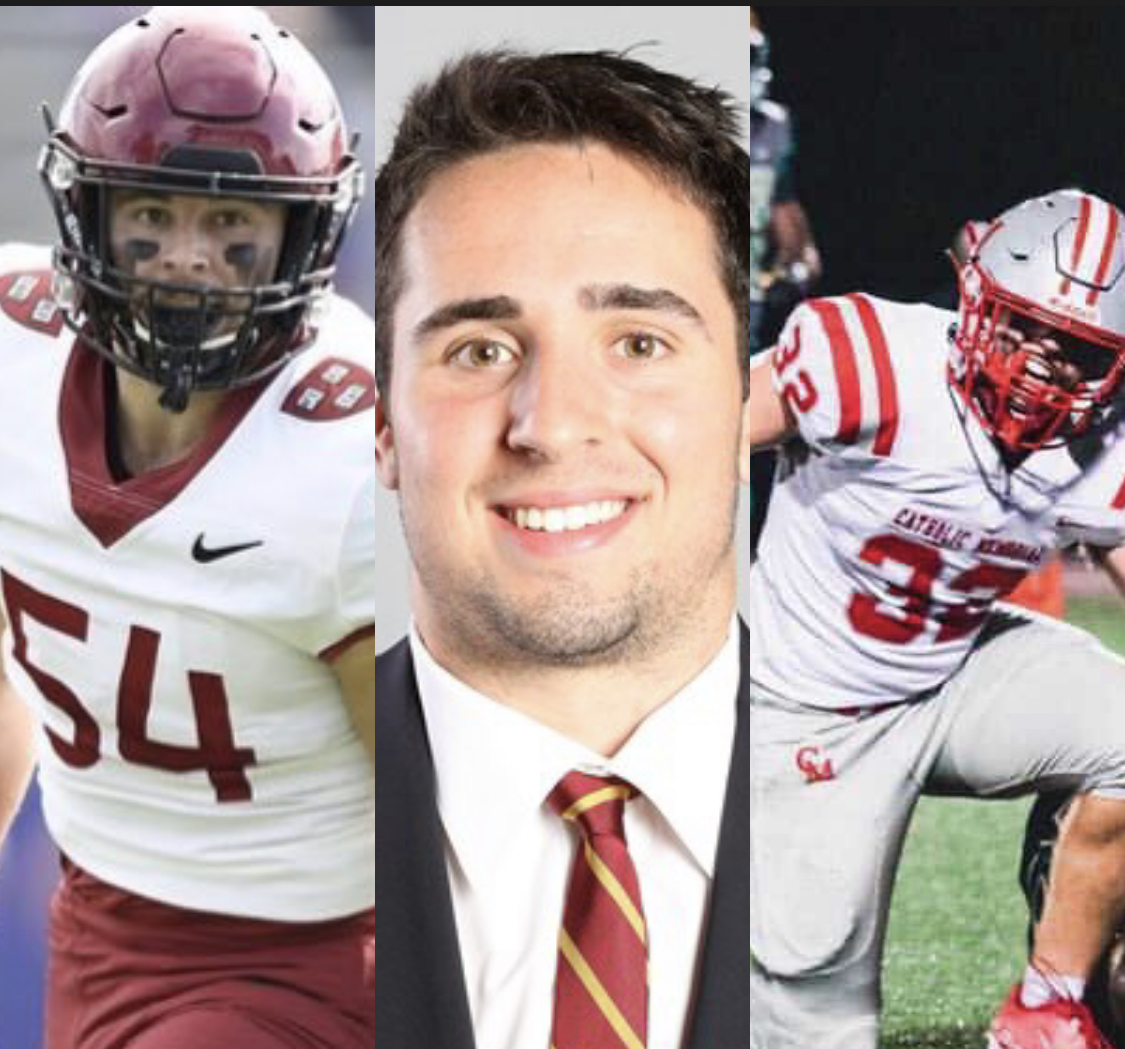 If you’ve heard the name McGowan over the PA system a lot over the past several years while attending high school and college football games locally, that’s because there are three brothers establishing a family legacy in the Commonwealth.

Jack, Owen and Brady McGowan are all products of the Catholic Memorial system and while Brady is still at CM this season as a junior linebacker, Jack is a senior linebacker at Harvard and Owen is currently a freshman linebacker at Boston College. With all three in very different stages of their careers, it’s an interesting dynamic.

One thing both Jack and Owen emphasized in recent conversations is just how much of an impact the culture at CM helped them prepare for life at the Division 1 level.

“CM was absolutely crucial in my development as both a student and an athlete,” said Jack, . “Regarding the football program specifically, one of the biggest things about CM is the high-level of competition faced week in and week out. Whether it was in practice against my teammates or any of our Catholic Conference opponents, competing at the highest level in the state definitely helped smooth the collegiate transition.”

“CM did a great job of preparing me from the day I first stepped on that field,” added Owen. “It all started with the coaches and all the talented guys I had around me. CM has such a great coaching staff that takes the program so serious. From the top to bottom, the staff at CM has taught me so much about the game in regards to scheme and technique which have made the transition to ACC football easier. Also, competing with all my teammates at CM, whether it be on the field or the weight room, has really prepped me for my college career.”

While Brady has the eyes and ears of legendary coach John DiBiaso on him daily, Owen and Jack have relied on each other a bit more to get through some ups and downs at the college level. For Jack, the mentor role has fit nicely and as he gets older he’s been able to take a step back and appreciate how special this moment is for all of them. Owen has leaned on his older brother to help stay positive despite being a scout team guy at the moment after so much success at the high school level.

“Jack’s just given me encouragement to keep my head down and to keep working hard,” Owen said. “With me being on the scout team right now, he tells me that it will be worth it and work out. He emphasizes the process and being patient.”

“It’s really special for me to see both of my brothers compete and have success at CM and BC respectively,” added Jack. “As I get older i think it only makes me appreciate their success that much more. Heading into his first year at BC I would say we talked about things a decent bit. We definitely talked about the importance of watching film, a few schematic things and defensive calls, and then just the overall philosophy and approach you should take entering a collegiate program as a freshman. Another thing about CM is a lot of those important intangible qualities are learned there. So I would say he definitely had an early advantage heading over to BC with his background at CM.”

So, have the older brothers had any focus on establishing a family legacy on the gridiron here in New England while Brady holds up his end of things as a Knight? It depends on which one you ask.

“I haven’t necessarily thought about that. Maybe once my playing days are over that’s something I’ll reflect more on. I think the focus among us brothers has been on becoming the best football players we can be and then also the best people we can be off the field,” said Jack. “As long as we work hard at accomplishing those two things – everything else will work itself out. It will be fun in 10 years or so to look back on our careers and the impact we had.”

“I guess you could say that,” Owen added. “I think at this point the Catholic Conference has a good idea who the McGowan boys are. For us, it’s more about making the people around us proud and making all of our parents sacrifices pay off.”