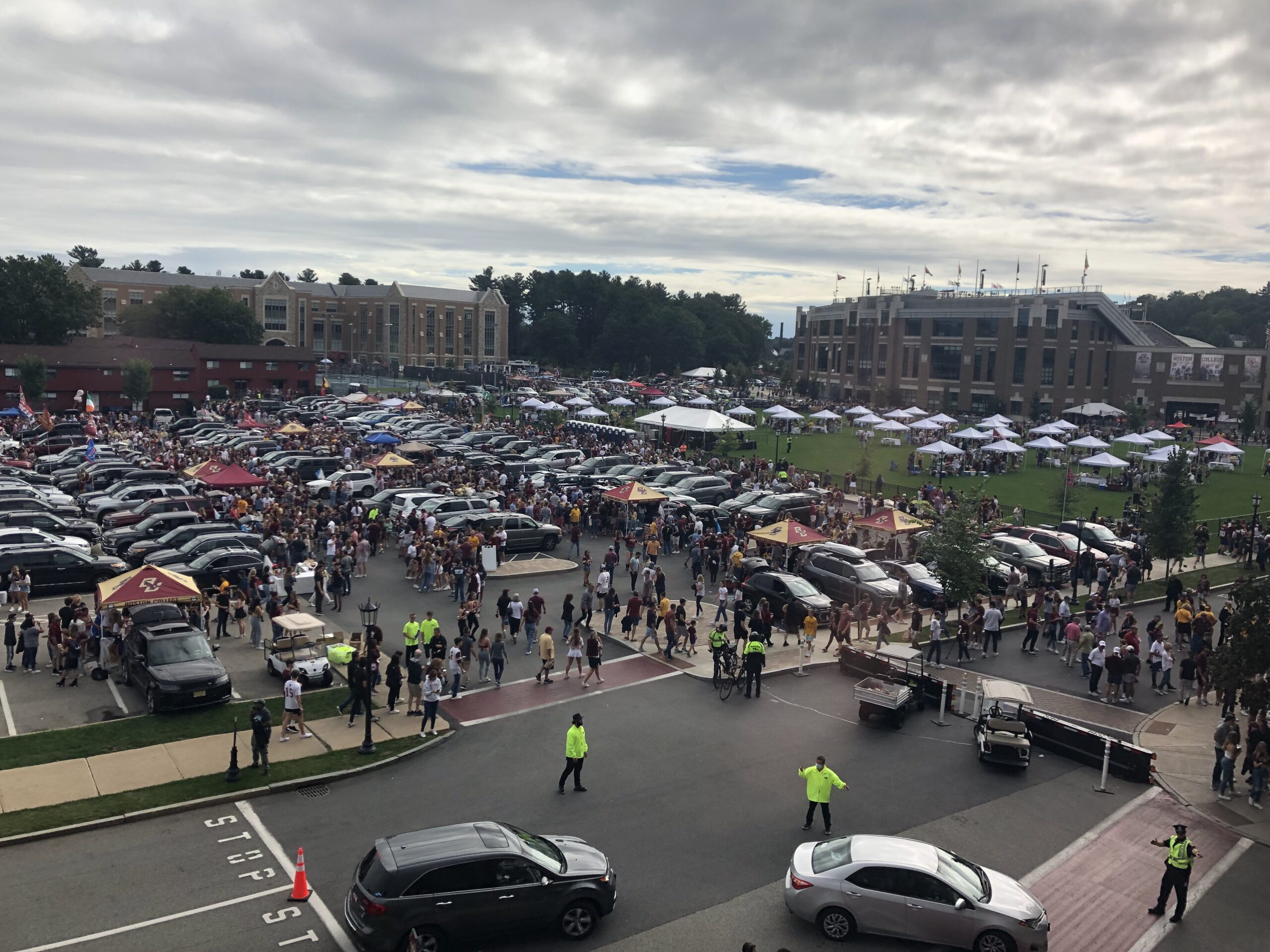 BC fans had a full week off to recover from the loss to Clemson. Much like the team, those planning on attending Saturday night’s huge game against NC State need to quickly put it in the past and be at the top of their game.

When the No. 22 Wolfpack visit Chestnut Hill on Saturday night, it’ll be a chance for the fans and alumni of the program to show the nation how far the atmosphere has come in such a short amount of time since Hafley took over. There’s a little rain in the forecast, but the Red Sox will be playing Game 2 of the American League Championship Series and if the Eagles win, they’d move to 5-1 and dreams of an ACC title game appearance would be alive and well.

There was simply no denying how much the crowd helped BC the last time the Eagles played at home against Missouri.

“You think back to the Missouri game that started at noon, now people won’t have to stay up all night,” said Hafley. “They can just wake up early and tailgate all day. I hope the students and the fans and he community come out again, we felt them in the Missouri game. They’re probably one of the reasons we won at the end of the game, we need to feel them again.”

“Pretty excited,” added quarterback Dennis Grosel earlier this week. “It’s going to be a good crowd, a lot of momentum coming into this game. I know the fans are itching to get back in the stadium since they’ve been out for a little bit but we’re excited. It’s going to be a great atmosphere. People are going to be ready to go and we’re going to be right there with them.’

This will be the very first true home night game for Hafley, his staff and this program since he took over. The Eagles had some cardboard fans (and dogs) in the empty bleachers last year, but this will be the first prime time experience with a packed house in the Hafley Era.

“I feel like we haven’t been home very much,” he said. “To be able to come home for a night game and have it here instead of having to travel, it’ll be the first with our regime, our first night game with people. We had a couple cool night games last year but with the cardboard fans, but it should be rocking.”

Hafley – who had a specific tailgating messages to the students before the Missouri game that was heard and heeded loud and clear – had another one on Tuesday of this week.

“The only thing I would say, is try to be in the stands at kick off,” Hafley said. “That sends a message. It sends a message to the other team, it sends a message to our players and when it’s loud on that first kick off…look out. That’s what we need. I guess to the students: tailgate all day if you want, but please be sitting down when the players run our of that tunnel.

It’ll be Alumni Stadium’s time to shine on Saturday night. The big question is, will the Superfans be able to rise to the occasion?