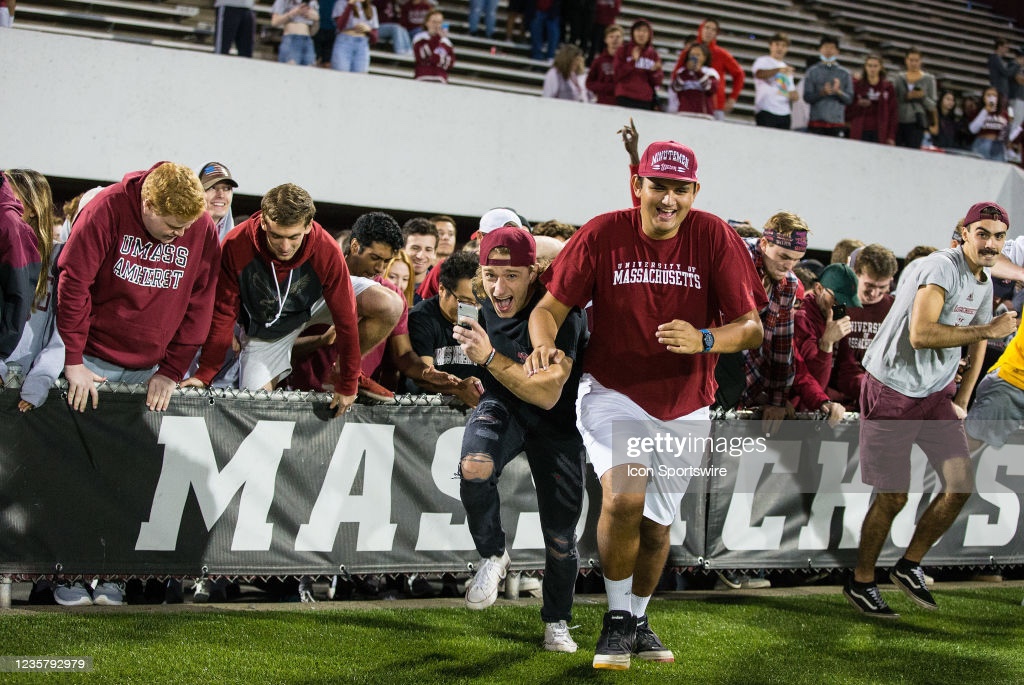 The UMass win over UConn was the big story in New England College Football this past weekend. The Minutemen snapped a 16 game losing streak with the win and enter a much needed bye week.

Rhode Island was the other big story this weekend. The 18th ranked Rams upset 9th ranked Delaware 22-15. The Rams won the game thanks to a blocked punt by senior defensive tackle Andre Biebeault.

Here are my thoughts on the week that was.

1, I don’t care what you think of the job Walt Bell has done at UMass. You cannot help but be happy for him and the players. They deserved to win this game.