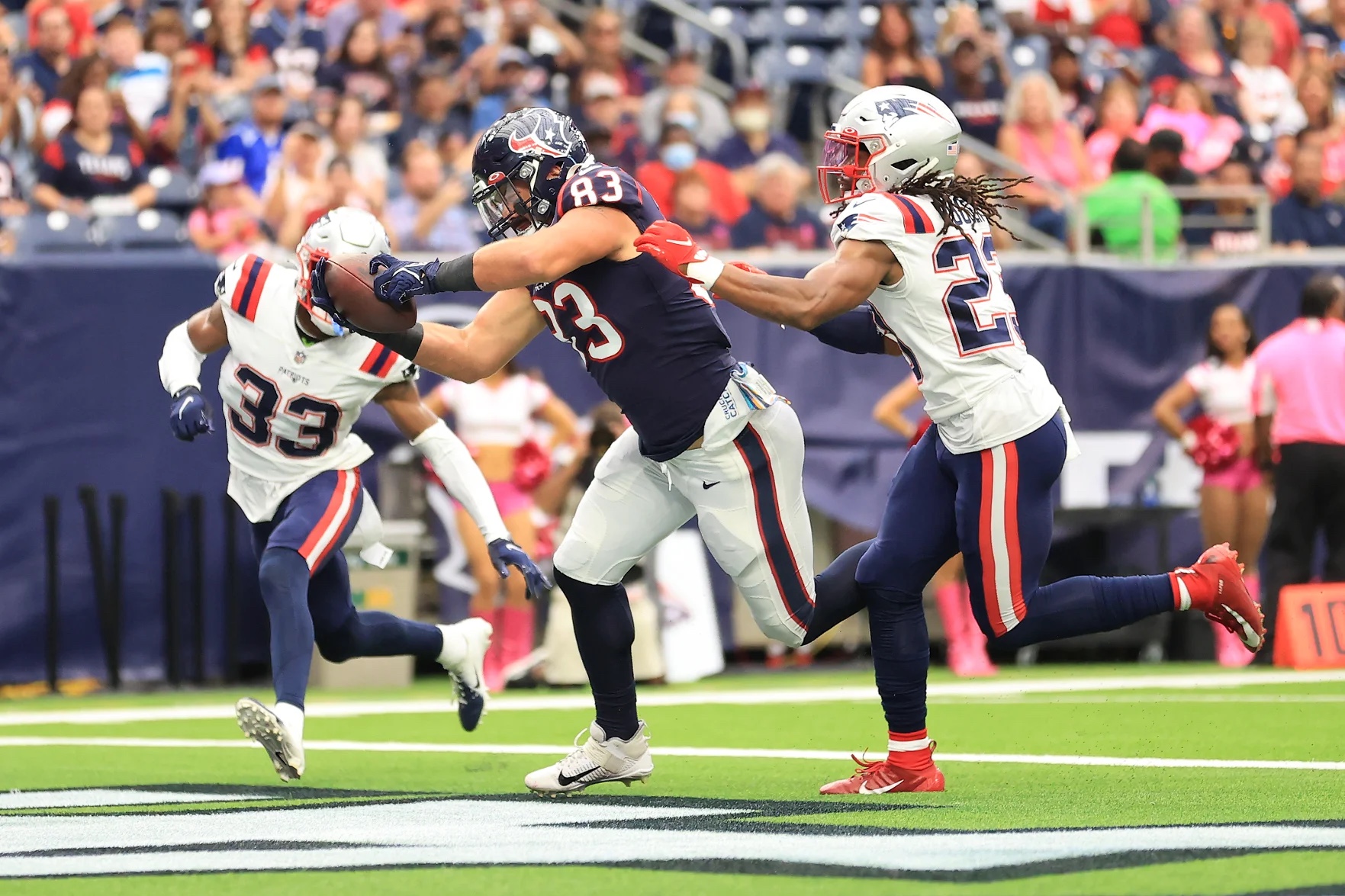 In football definition terms, the Patriots won an ugly game today against the Texans. A game quite frankly that they should have lost.

If it wasn’t for Texans coach David Culley losing his mind with clock management and poor special teams play, the Patriots would be 1-4.

A big reason they could have lost would have been the play of their defense which was atrocious today.

A week after playing arguably their best game of the season, the Patriots defense was fundamentally unsound in this game. From misplaying passes to taking bad angles in pursuit to struggling to get off blocks, the Patriots defense put on a clinic in the first half on how not to play defense.

The secondary was especially bad giving up 312 yards and 3 touchdown passes to rookie quarterback Davis Mills. Mills was awful last week at Buffalo. He played like a rookie that wasn’t ready. Not today. The Patriots secondary made him look like a seasoned veteran.

J.C Jackson in particular struggled and his struggles were magnified by the fact that the Patriots decided to move on from Stephon Gilmore earlier in the week. In fairness, Jackson has struggled most of the season. It is not just this week because the Patriots traded Gilmore.

The run defense also continues to be an issue. Houston only ran for 67 total yards but the Patriots front seven continues to struggle with getting off blocks and setting an edge. It could be a bigger problem next week when the Cowboys come to town. Ezekiel Elliott and Tony Pollard are more explosive in space than Houston’s running backs.

The Patriots defensive issues today weren’t just on the players. The coaching needs to be better as well.

The fundamental issues fall on the coaches as does scheme. The continued insistence to leave Jackson on an island on fourth down situations is baffling to me. They line him up with outside leverage and off. With no inside help, he has given up slant passes for first downs twice this season in an important fourth down situation.

The Patriots are built to run the football and play good defense. That is suppose to be the formula for success. They didn’t run the ball well in this game and they did not play well defensively. That could be a problem moving forward.