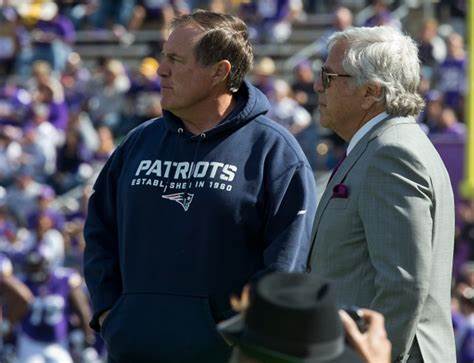 In years past, this “get right” scenario for the Patriots would have been an absolute layup. We would all be fully confident in Bill Belichick’s ability to mess with a rookie quarterback and Tom Brady would shred this lackluster Houston defense and all would be right with the world come Monday morning.

Those days simply don’t exist anymore and Sunday’s meeting with the lowly Texans is the definition of a trap game, even though it’s hard to call any game a trap game when you’re 1-3.

With all the injuries on the offensive line and a huge amount of uncertainty still swirling around this receivers group, it’s absolutely okay to say that the Patriots MUST avoid a loss today. Think about it. If New England loses to a rookie quarterback and then has to come home to face Dallas – who’s offense is rolling right now – there’s a real possibility they’re 1-5 and for all intents and purposes the season is over.

The sad part is that Texans week used to be the easiest week as a fan. Whether it was the dumb ass lettermen jackets they wore here one year or continuously beating up on them in the playoffs, Patriots fans have never had to fear Houston. That’s not to say they should fear them today because they shouldn’t, but what the Patriots and their fans should be worried about is simply not being very good. What if the Patriots are in fact what their record says they are? What if they’re in that mediocre group of NFL franchises permanently now? If that’s the case, this game is going to be much closer than it probably should be.

If Deshaun Watson was playing in this game I would be even more worried. Davis Mills simply isn’t capable of doing what Watson could do to this defense and that should play into Belichick’s favor today. Offensively, we’re at the point where no one really has any idea what to expect. Could they give it to Damien Harris and Rhamondre Stevenson 35 times? Do they finally get a breakout game from the tight ends? Do the receivers finally have a big day? Can the offensive line keep Mac from getting killed again?

All these questions are questions Patriots fans haven’t had to worry about when Houston popped up on the schedule, but suddenly nothing is certain anymore. In this entire epic run over the last two decades, there’s never really been a time where the Texans could prove to be a “trap” game opponent, but here we are.

In 2004, Kevin Millar said “don’t let us win tonight” before Game 5 of the ALCS. We all know what happened. For the Patriots, Sunday’s game is a “don’t let us lose tonight” scenario if there’s ever been one because if they do, look out below.