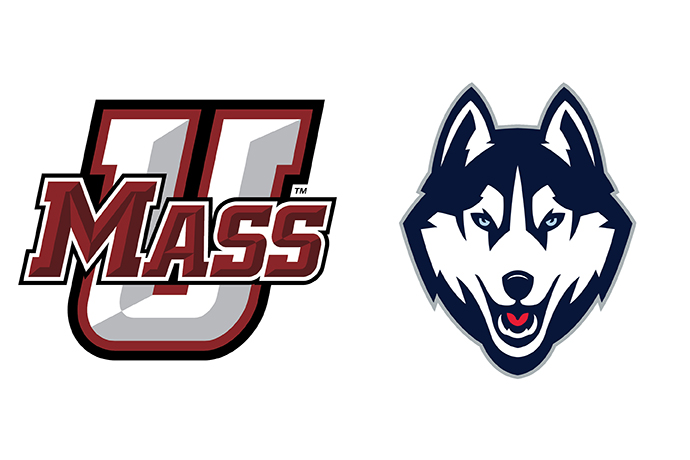 1. Let Merriweather go to work: UConn enters this game giving up 212.5 yards per game on the ground. If The Minutemen want to still try and take some things off of Brady Olson’s plate for now, let Ellis Merriweather do his thing. UMass is only averaging 84.6 YPG on the ground, so no better day and no better matchup than Saturday’s matchup to get the ground game going while also boosting the confidence of your O-line.

2. Don’t forget about Brady: So, even if the coaching staff decides to maybe try and make things simpler for Olson, he’s still facing a defense that gives up 459.7 yards of offense per game (247.2 through the air) so let the kid sling it a bit. There’s a reason the over/under on this game is almost 60.

3. For the love of god, no pre-snap penalties or holding calls: If there’s one thing UMass fans should be worried about standing between the program’s first win in two years and the Minutemen, it’s the Minutemen themselves. This is the type of game where if it’s clean they should win, despite the line suddenly moving from UMass -0.5 to now UConn being favored by three. If UMass continues to move backwards there’s a realistic chance they’re 0-6 at about 7 PM, if they can keep it clean they should be 1-5.

I’ll tell you right now none of these are going to be X’s and O’s or even talent related. At this point, it’s simply about effort and desire for this unit.

1. Take advantage of the chaos: Incase you missed it on Friday, UConn lost its starting quarterback, offensive coordinator, interim head coach, tight ends coach and senior left tackle to Covid. If this UMass staff and defensive unit can’t take advantage of a team currently quite literally in shambles, I’m not sure they ever will. Hit anything that moves early and often and create havoc at all times. 0-6 teams that feel like they’re getting bullied probably won’t put up much of a fight if the offense can get up early. UMass should create AT LEAST two or three turnovers in this game.

2. Same as No. 3 for the offense…no dumb penalties and freakin’ tackle: I mean, I honestly feel bad writing this every week because it’s not very insightful or creative, but it’s true. UMass has killed itself with holding calls or pre-snap penalties on offense and the same can be said on defense. Getting big stops has also been an issue, but you can’t start beating bad teams until you stop being one yourself and that’s what UMass needs to key in on this weekend. The Minutemen also need to do a much better job of wrapping up, plain and simple. There have been far too many times this season where small plays become chunk plays and any momentum the offense may have given the team is quickly lost.

3. Get sick of the embarrassment: There has to be a time where a team finally says enough is enough, right? The entire country is focused on this game purely from a mockery standpoint, so why not use that to fuel you and make a statement that things are in fact turning around with a dominant defensive display? It’s bad enough to be 0-5, but UNDERDOGS AT HOME TO AN 0-6 TEAM? That’s the definition of zero respect.

FINAL PREDICTION: Learning and writing more about the history of the rivalry this week gave me an appreciation for this matchup I never had. Now, I’m picking the Minutemen despite having zero reason to actually do so until they can show folks what a full 60-minute effort looks like. This is the most buzz around the program in quite sometime after both the UConn and UMass presidents popped up in the news this week like Punxsutawney Phil on Groundhog Day. I have to imagine at some point this UMass program will get that elusive win, whether it changes things in the long run or not and the Huskies are just waiting to be put out of their misery.