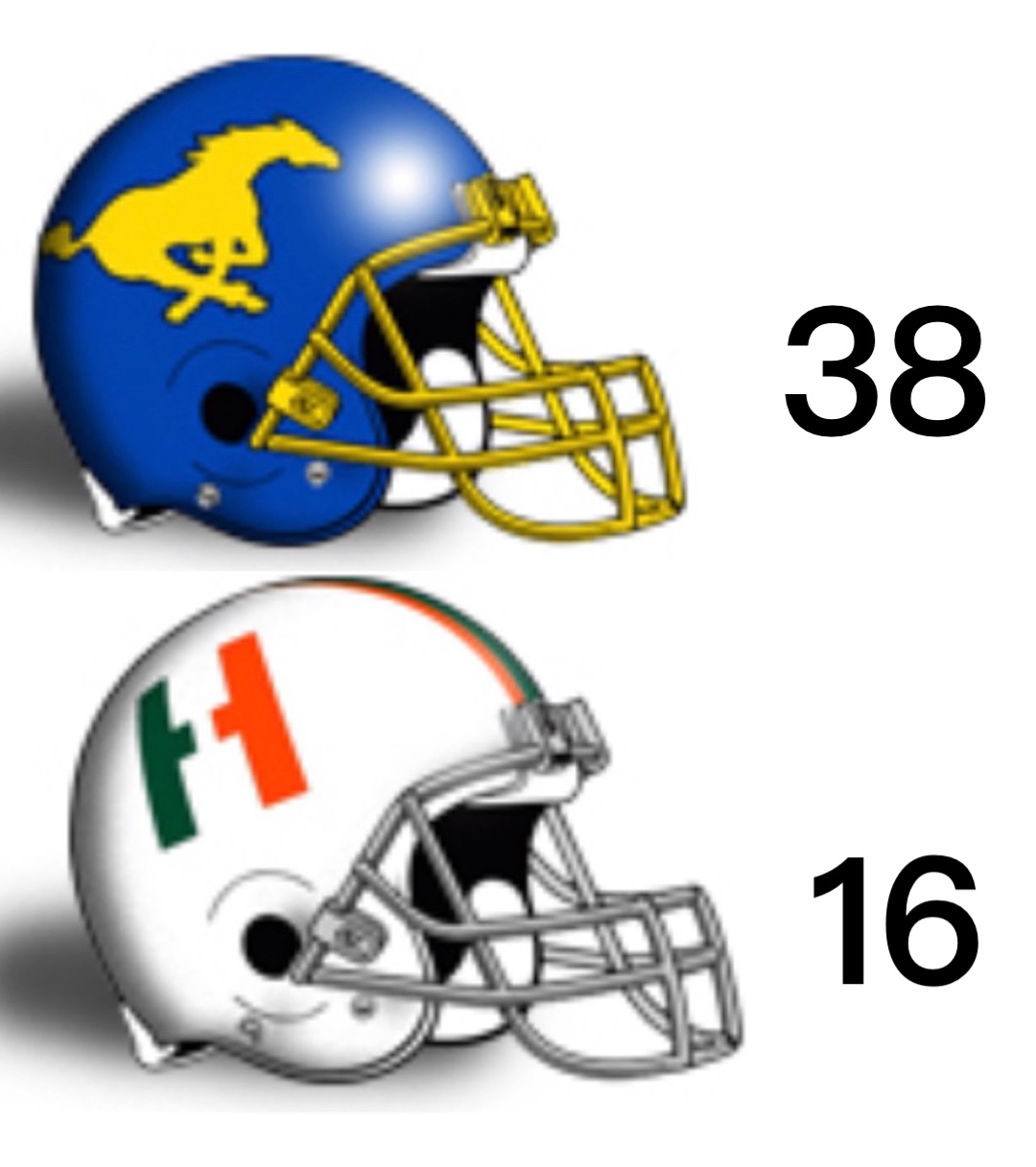 Norwood beat Hopkinton 38-16 in a game that was a back and forth until the Mustangs pulled away in the fourth quarter. Here are three thoughts on the game.

1 Mustangs ground is potent: The one, two punch of Bryan Metayer and Subodh Dhakal is the most lethal tandem in the Tri-Valley League. Anytime Norwood needed a big play tonight, they leaned on their two senior backs to make it. The Mustangs go as the running game goes. That was evident tonight.

2. Defense makes timely plays: The Mustangs made some big plays defensively when they needed them. Case in point. After a fumble deep in their own territory late in the third quarter, the Mustangs defense needed to come up big. Boy did they ever. Sophomore Matt Mahoney picked off a crossing route that stymied a potentially game tying drive and it tilted the game back in Norwood’s favor. It was a turning point in the game and it gave Norwood the confidence to put the game away.

3. Good team win for the Mustangs: Norwood used to give away games like this. Not anymore. They know how to win them now. They made plays down the stretch that winning teams make. That is why I still think the Tri-Valley Large will ultimately come down to them and Ashland.