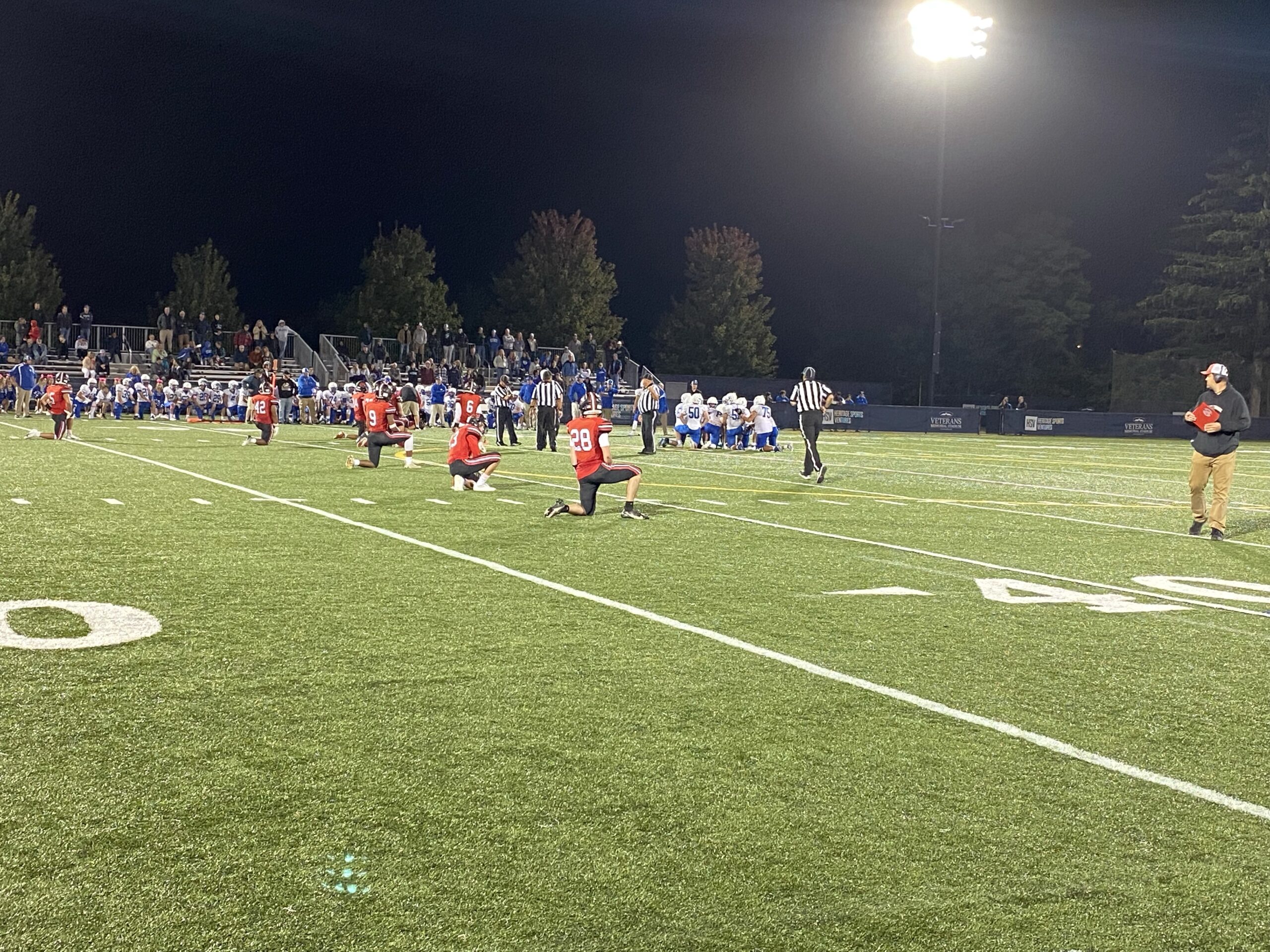 QUINCY – Most weeks in the Patriot League, any game is up for grabs.

After trailing for most of the first half, Scituate outlasted North Quincy 41-21 at Veterans Memorial Field in Quincy.

Coming out of halftime, with the score deadlocked at 21-21, Scituate QB senior Henry Gates found an opportunity to give the Sailors a lead for the first time of the night.

The Sailors did not look back.

Scituate (4-1) outscored North Quincy 20-0 in the second half and ultimately took home a much needed Patriot League win.

“North Quincy played a great game. They were very physical and tough up front,” Devine said. “Our kids matched their intensity in the second half and got better as the game went on. I think we made a couple adjustments at halftime that helped us for the better.”

“Going into the game we knew we were going to be able to throw the ball on these guys,” Devine said. “Henry (Gates) had a great game tonight and made some great throws and executed well.”

Despite the concluding scoreboard, there was no quit on the home teams end.

Scituate did not shy away. Gates scored about two minutes later on a 1-yard QB keeper on a 4th and goal. Gates led the way with 47 passing yards on the Sailors opening drive.

Then came back the Raiders dual-threat rushing attack, as MacIsaac and senior RB Matt Craig combined for 6 carries for 69 yards, concluding with a MacIsaac 5-yard TD run to give the Raiders a 14-7 lead.

After stops on both sides, Scituate’s Gates was at it again.

Gates tossed a 45-yard completion to senior WR James Cannon, setting up the Sailors in North Quincy territory. Senior Keegan Sullivan (8 carries, 90 yards, 2 TDs) finished the job with a 29-yard TD run to tie things up at 14-14 with 5:11 remaining in the second quarter.

A drive that was once again sparked by the Raiders running game, NQ senior QB Cooper Hansen connected with senior TE Colm Geary on a 31-yard TD pass to give the home team a 21-14 lead with 1:30 left in the first half.

The Sailors said, not so fast and showed off their best two minute drill.

Gates tossed his first touchdown of the night, dumping off a 3-yard pass to senior RB D’Kari Rodrigues with time expiring in the half to notch things up at 21-21 heading into the dressing room.