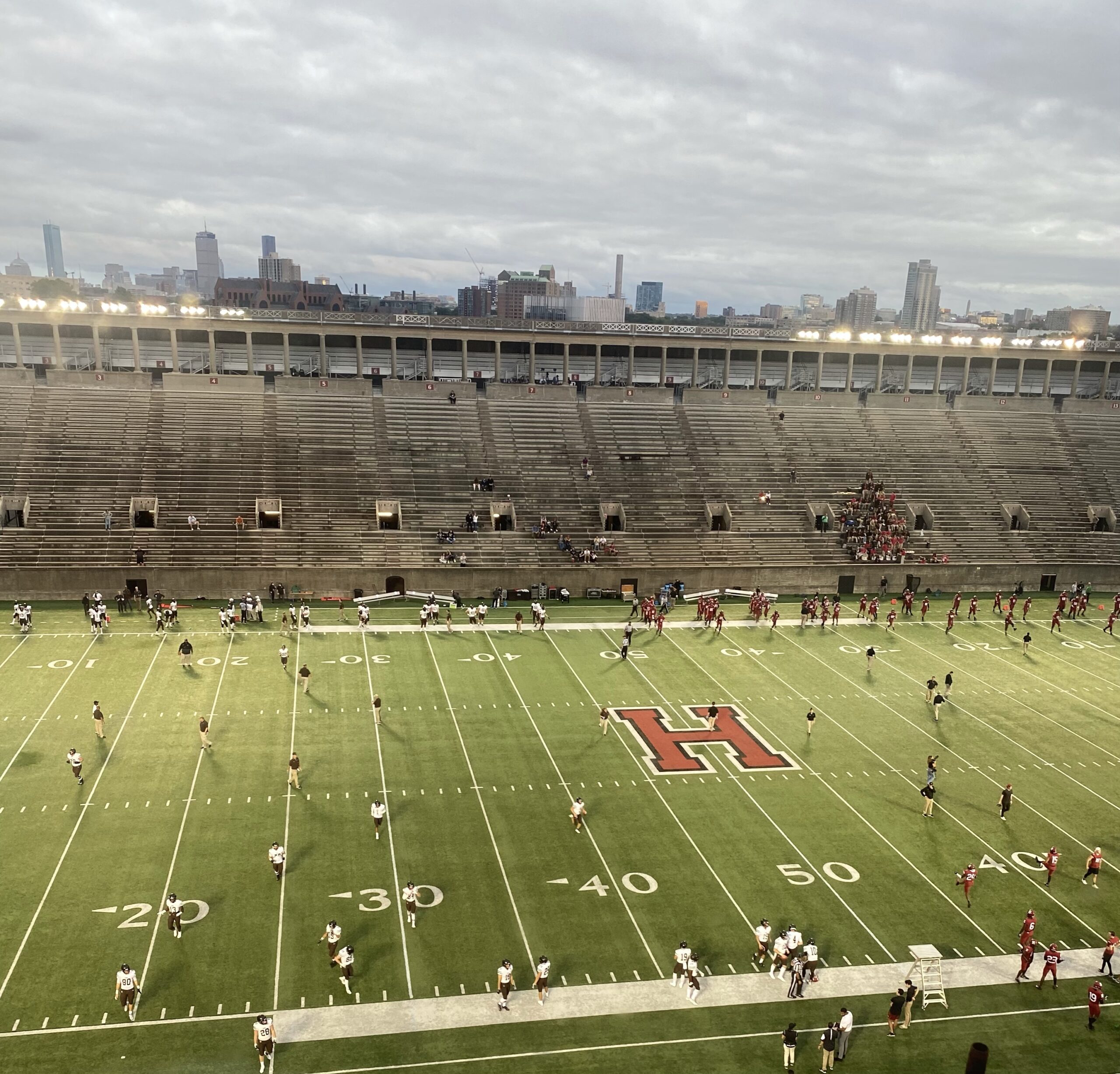 BOSTON – For the first time in 418 days, the Harvard Crimson football team hosted its first home game on Friday night at Harvard Stadium.

From beginning to end, the Crimson left no doubt.

Controlling the play and putting on a show for the Crimson faithful, routing Ivy League foe Brown 49-17.

The victory was Harvard football head coach Tim Murphy’s 180th, setting the record for most wins at an Ivy League school.

“This is a milestone for our program,” Murphy said on his 180th career win. “The reality is every single Harvard football player over the years has contributed towards this milestone. The coaches and everyone apart of this program. It’s not one person, it’s ours together.”

Murphy took over the helm in Cambridge in 1994. He’s put together a 180-81 overall record, with 9 Ivy League Championships in 27 seasons.

Right out of the gate, following a fumble recovery by Harvard junior LB Andrew Irwin, junior RB Aaron Shampklin scored on a 4-yard TD run to give the Crimson an early 7-0 lead.

Following a 40-yard pass completion from Dean to WR Haven Montefalco, Shampklin found the end zone once again on a 2-yard run to give the Crimson a 21-0 lead.

“Our kids came back in great shape and have worked extremely hard to get to this point,” Murphy said. “I’m really proud of our kids and we were able to execute well on both sides of the ball.”

Brown found a way into the Crimson’s red zone after a defensive pass interference call late in the second quarter. But couldn’t seal the deal on points, as Harvard CB Khalil Dawsey intercepted Brown QB EJ Perry, en route to a 78 yard return. Setting up a 3-yard TD run from Harvard sophomore RB Aidan Bourguet, giving the Crimson a 28-0 lead.

Following a rush TD from Harvard RB Sone Ntoh (two on the night), defensive tackle Justin Mitchell, returned a 13-yard fumble recovering for a touchdown to give the Crimson a 42-0 lead heading into halftime.

The bright spot for the Bears came in the fourth quarter, when Perry found WR Graham Walker (8 rec, 126 yards, TD) for a 43-yard TD pass for their first touchdown of the contest.