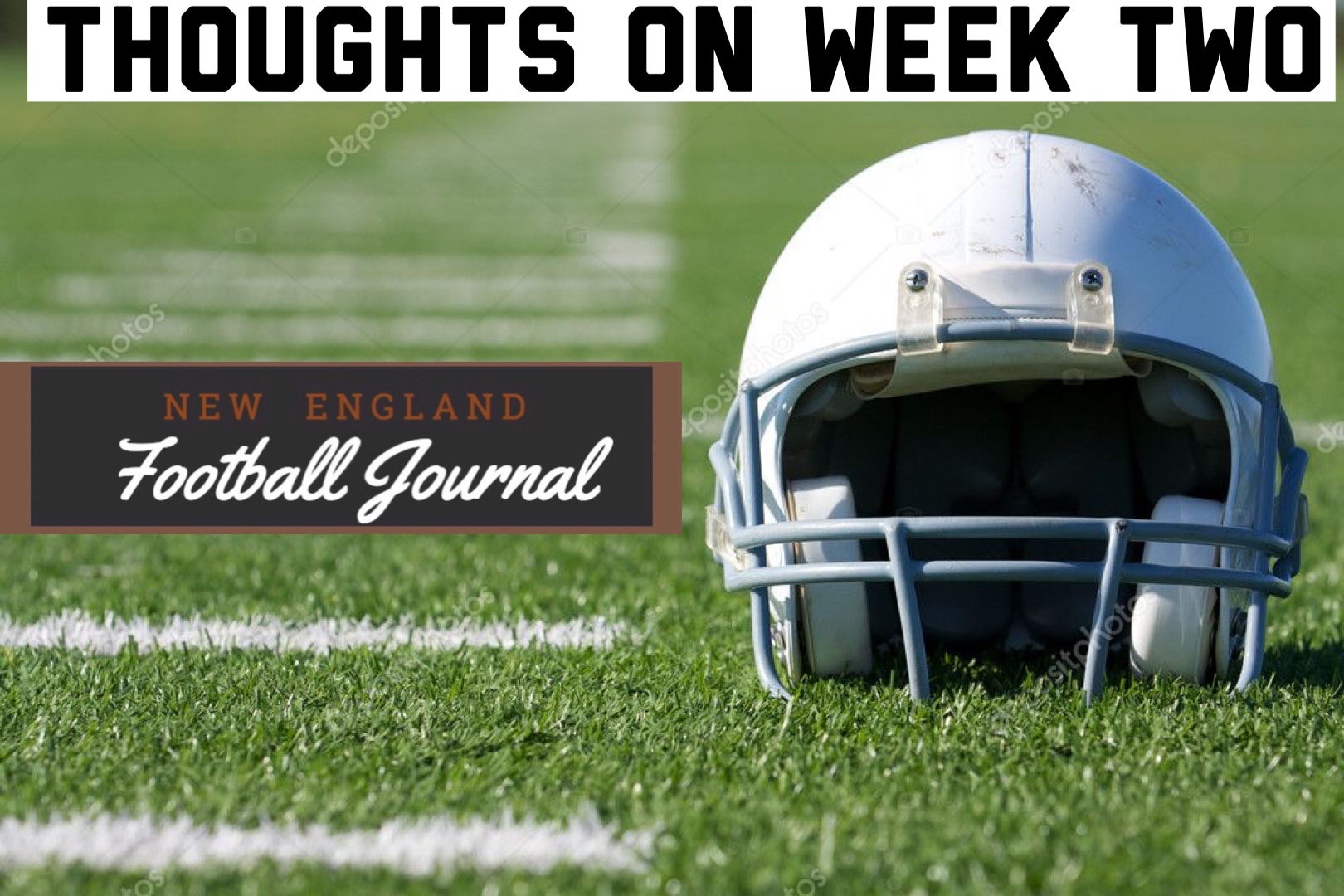 Week two featured some great rivalry games and some new match ups that are a byproduct of the new statewide playoff system. Here are my thoughts on some of the games that took place in week two.

1. It was great to see the Mansfield, North Attleboro rivalry come back. The two teams played a thriller with the Hornets coming from behind to win 31-29 in double overtime.

2. Duxbury beat Patriot League rival Scituate 27-26 in a game that had it all. A tremendous back and forth affair. I agree with Scituate coach Herb Devine. We need a rematch between these two.

3. The Barnstable, Reading game played out the way with thought it would. It was a close game but the Rockets skill took over in the fourth quarter and Reading prevailed 18-14. Both teams are poised to make a playoff run in D2.

4. Speaking of Division Two. Let’s not forget about Milford, Bishop Feehan and North Quincy. All three teams are off to great starts and all three could be a sleepers in the division.

5. I don’t think most people saw St. John’s Prep beating Central Catholic 49-14. Kudos to those who picked them. Admittedly, I wasn’t one of them. Either way, the Eagles are back and primed to once again be a player in D1.

6. Word is, John DiBiaso was livid at his team after Friday’s 42-26 win LaSalle. Look, Catholic Memorial is good but like everyone else, they have some flaws and we are talking high school kids folks. They’re going to make mistakes.

7. Franklin beating Brockton is not a surprise. Panthers running back Mack Gulla rushing for 285 on the Boxers. Panthers are a quiet contender in D1.

8. Wachusett bounced back from a tough loss to Franklin by beating a good Fitchburg team on Friday night. The Mountaineers went back to doing what they do best. Playing physical.

9. Springfield Central was pushed early on by B.C High but pulled away in the second half in a 50-20 win. Running back Tariq Thomas had a monster night rushing for 200 yards and four touchdowns. The Golden Eagles have IMG Academy coming to town this weekend.

10. Lincoln–Sudbury thumped Melrose 39-0. The Warriors made another statement and are reminding us that they will be a factor in Division 2.