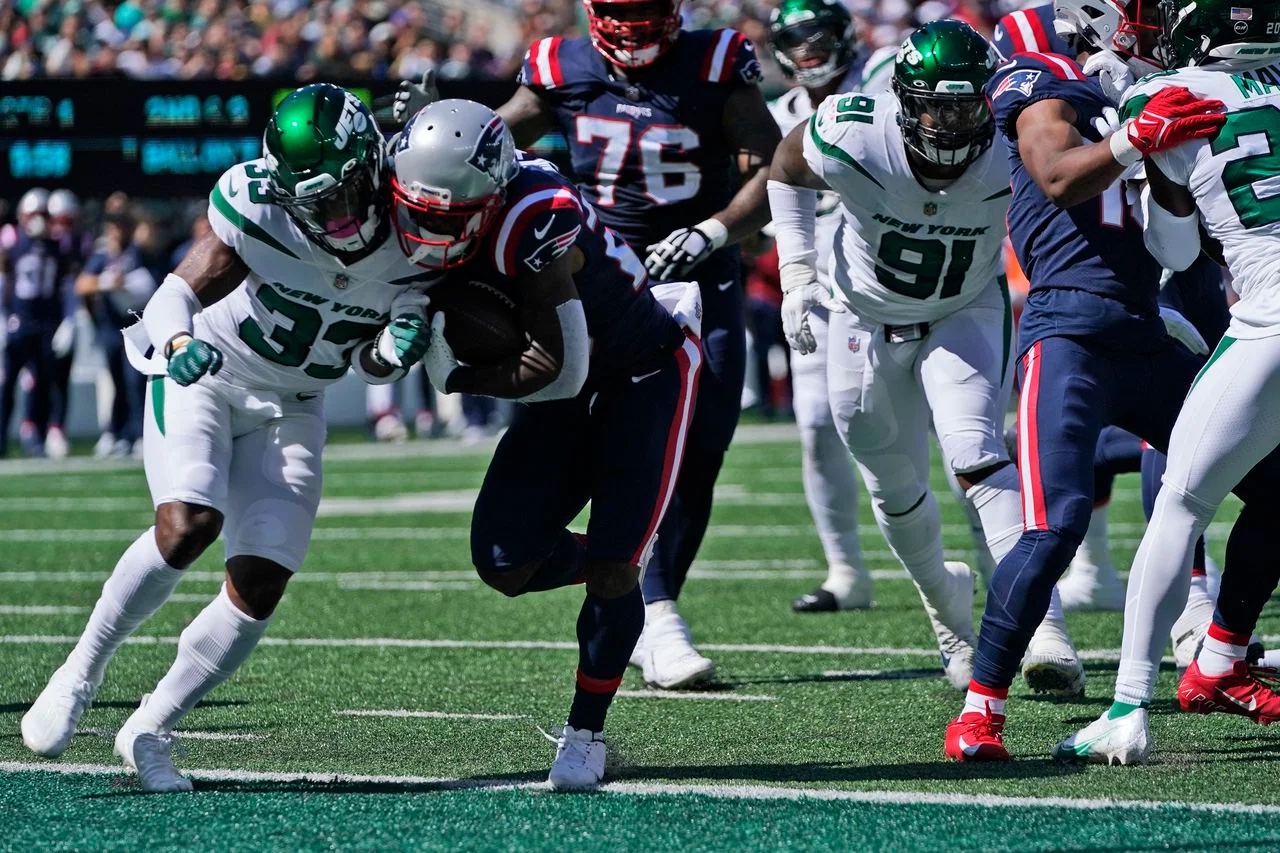 The Patriots beat the New York Jets 25-6 at MetLife Stadium for their 12th straight win over the beleaguered franchise.

The defense was the story as they picked off rookie quarterback Zach Wilson four times and sacked him four times. Wilson was awful in his home debut and his poor decision making directly led to 16 Patriots points.

The Jets only had three drives where they actually threatened to possibly score. Other than that, the Patriots defense wasn’t seriously challenged. They dominated the Jets.

Offensively, Mac Jones played well completing 22 of 30 passes for 186 yards. Not a bad stat line considering he was hurried and harassed all game long. Jones was sacked three times on the day by a Jets defense that primarily only rushed four and sometimes five.

The Patriots started Yasir Durant at right tackle but he was disaster and they eventually went back to Justin Herron who struggled last week. Herron was better but then he got hurt. The Patriots desperately need Trent Brown.

As for the play calling, offensive coordinator Josh McDaniels didn’t really open things up more but he was more creative with his personnel and formation usage. The bunch toss throwback was a nice play call but the offense is still too conservative.

The Patriots will now turn their attention to the Saints. New Orleans lost an ugly game to Carolina on Sunday. They looked nothing like the team that destroyed Green Bay last week.

Regardless of that, the Patriots are going to have to play much better next week if they want to have a chance to win.