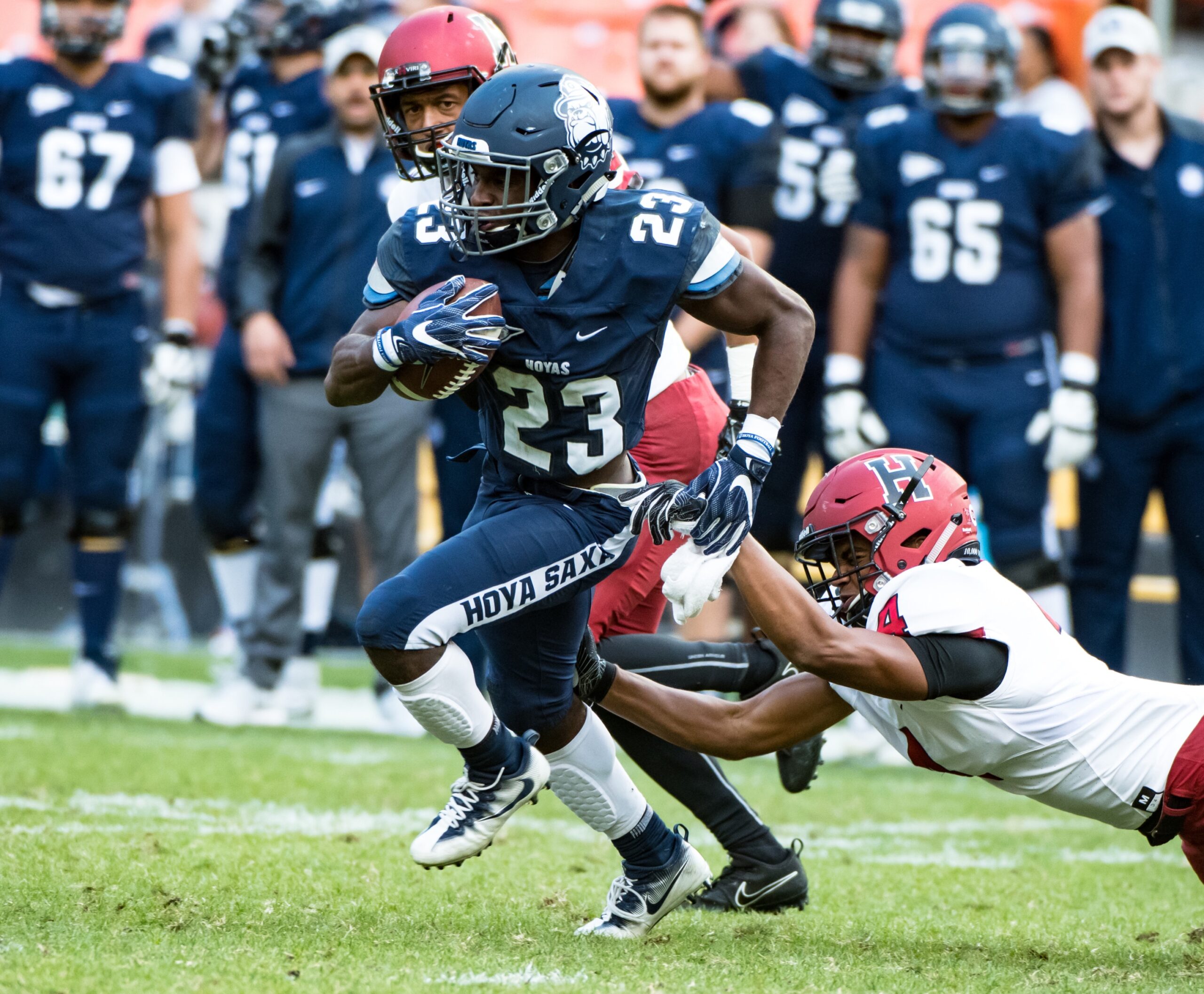 The Crimson are back! After not playing in 2020 due to COVID-19, Harvard is on back on the field as they open the 2021 campaign at Georgetown.

Coach Tim Murphy enters his 27th season at the helm of the Crimson and is two wins away from passing legendary coach Carm Cozza as the all time wins leader in Ivy League history.

Harvard was picked to finish fourth in the Ivy League preseason poll but the Crimson have the potential to compete for an Ivy League title.

That quest starts today so without further ado, here are three keys for the Crimson today.

1. Smith and company need to get off to a good start: Quarterback Jake Smith is back at the helm of the Crimson offense. When we last saw Smith, he struggled with consistency but that was 2019. He is back, healthy and aided by a strong running game that features running backs Aiden Borguet and Aaron Shampklin.

The ground game will be solid but big plays could be limited in the passing game until a young receiving corp develops. Tight end Ryan Reagan could be heavily targeted today.

2. Shake off the rust: As I mentioned earlier, it has been almost two years since the Crimson last played. There will be rust and shaking it off will be key. A good start on offense and an early three and out should do the trick.

3. Front seven needs to dominate: Harvard’s front seven might be the best in the Ivy League. The defensive line is spearheaded by seniors Nasir Darnell and Jacob Sykes along with juniors Truman Jones and Anthony Nelson. This group will terrorize a opposing quarterbacks this season if they stay healthy. Expect them to have a big game today.

Final Thoughts: It has been a while for the Crimson but this is a winnable game. If Smith and company can get off to a good start on offense and the defense gets some early stops, they should get into a groove and take care of business.

Georgetown is talented. They are coming off of a big 20-14 OT win over Delaware State and are more than capable of winning this game if Harvard gets off to a slow start.