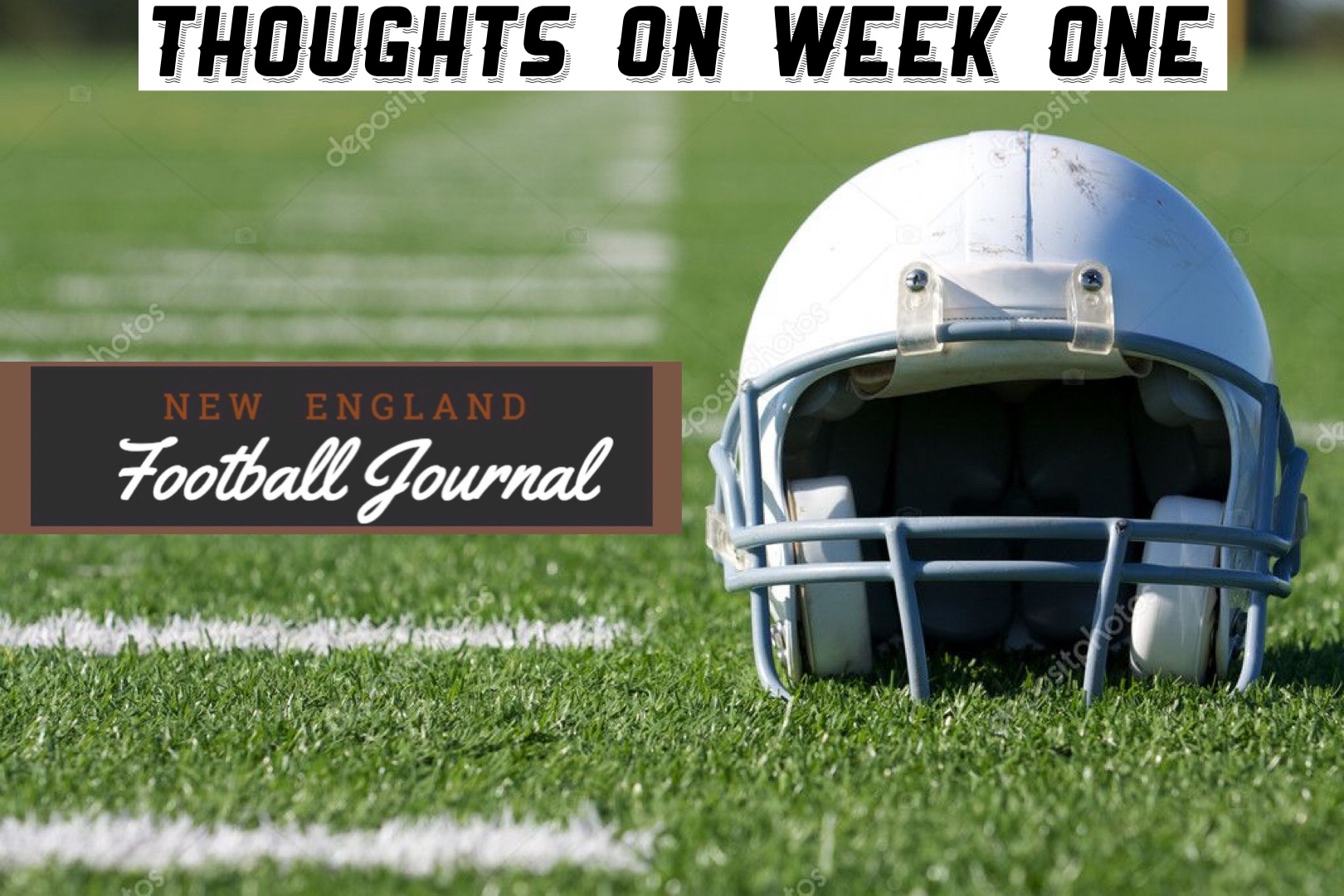 Week one featured some high scoring games which is not surprising considering the match ups.

The schedule several other intriguing match ups this weekend as well.

Here are my thoughts on week one.

Barnstable came into the season with a lot of hype and the Red Raiders certainly lived up to it after beating a good Brockton team 52-35. Ross Jatkola has the Raiders believing. They are a legitimate threat in D2. I would not sleep on them.

Central Catholic quarterback Ayden Pereira had the game of a lifetime in Central’s 68-52 win. He accounted for all 10 of the Red Raiders touchdowns and amassed over 600 yards of offense. It was a huge win for Chuck Adamopoulos’ squad. Springfield Central came into the season with a lot of hype but they failed to live up to it. Despite that, Golden Eagles are still one of the top teams in Division One.

Everett and Xaverian lived up to the hype with the Crimson Tide winning a thriller in overtime. Wide receiver, cornerback Ish Zamor reinforced the notion that he is one of the best players in the state.

North Attleboro looked like the favorite in the Davenport Division but they lost to Bishop Feehan on Friday night. The Shamrocks could be another team that could be sneaky good in D2.

Speaking of the Hockomock, the Kelley Rex division went undefeated on opening weekend.

I’ve said it before and I’ll say it again. The Hockomock League might be the best league in the state.

Marshfield is back. The Rams went toe to toe with St. John’s Prep and proved in the process that they can be a force in D2 come playoff off time.

Reading is a team that is flying under the radar. Quarterback James Murphy throws for over 300 yards and the Rockets ended Melrose’s 21 game winning streak. People better start paying attention.

Danvers and Scituate both made huge statements in their week one wins over Tewksbury and Milton. Division 4 has a lot of really good teams and could be fun to watch come playoff time.

Duxbury is also in D4 and they made a statement on Friday night beating BR 42-0. Quarterback Matt Festa threw for 298 yards and three touchdown passes.

Bishop Fenwick keeps rolling after their 35-14 win over South Hadley. The Crusaders have been one of the best teams in the state the pas three years.