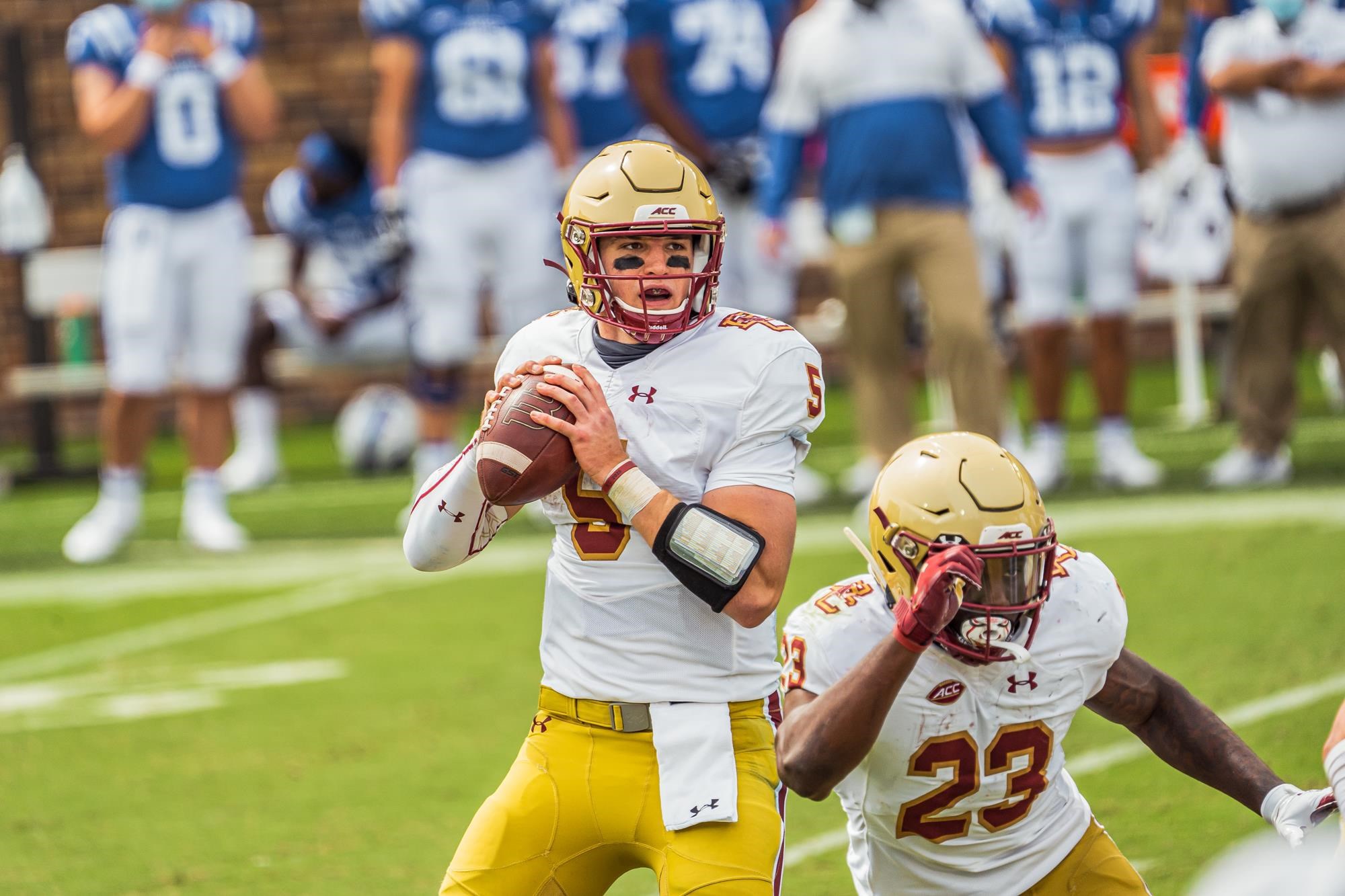 Look on the bright side BC fans, Phil Jurkovec will be back wearing maroon and gold for one more season.

After it was announced on Monday that the future NFL QB from Pennsylvania would miss the rest of the year after undergoing surgery on his right hand/wrist, everyone immediately started thinking about how quickly he can return. Head coach Jeff Hafley was even hoping for a little “Rookie of the Year” Henry Rowengartner magic for his quarterback’s throwing strength. If you don’t know the reference, stop reading this and go watch the movie immediately.

“I asked the doctor if maybe he could throw the ball further now,” Hafley said with a grin. “He told me no, but I’m still hopeful he’ll get like some sort of superhuman grip strength or something.”

In all seriousness though, Hafley spoke to Jurkovec prior to the surgery and the two talked at length about looking on the positive side of things.

“I had a great talk with him before he went into the surgery, after the surgery” Hafley said. “I told him, you can think about it, you can beat yourself up about it, but what’s it going to do for ya? I told him next year at this time we’ll probably look back and say hey man, aren’t we glad for some reason that happened. Something great’s going to come out of it and that’s how he’s got to think and that’s how he’s got to believe and we’ve just got to to forward now.”

Hafley also had a similar message for the rest of the team as well, who will now be led by Dennis Grosel in a role he is more than familiar with.

“What I said to the team (Tuesday) in the team room, injuries are going to happen,” said Hafley. “Some of them are hard, right? Some of them hit you hard, some of them, for a minute you can sit there and feel sorry for yourself but we’re not going to do that. Dennis is the prime example that I said to the whole team. What has Dennis done every single day of his career? He’s practiced, he’s put in the preparation, he’s worked, he’s put himself in the position that if his number’s called, he’s ready to play.”

The Eagles are fully on board and All In with Grosel and with good reason. Eight wins should still be a bench mark for the 2021 Boston College squad and if it doesn’t happen, well BC fans you’re not (pretty much) guaranteed one more year with Phil the Thrill.