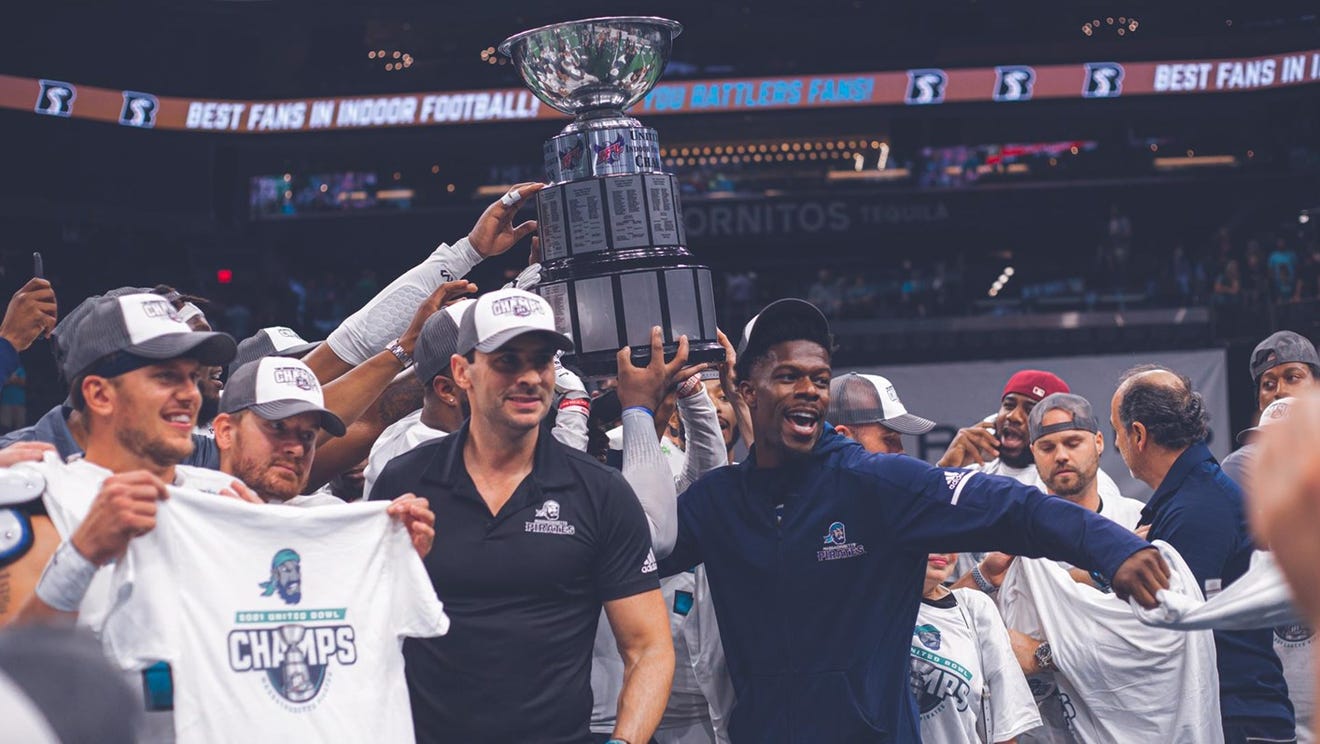 Photo courtesy of the IFL.

Former New Orleans Saints kicker Garrett Hartley kicked the game winning 31 yard field goal. Hartley knows what it means to win a championship. He won one with the Saints in 2009.

The Pirates once again relied on their ground game, timely play making from quarterback Alejandro Bennifield and and their stout defense led by linebacker Martrell Spaight. Bennifield was the game MVP after completing 10 of 23 passes for 83 yards and a touchdown. He also rushed for 56 yards on 10 carries. Bennifield was the centerpiece of the Pirates offense all season long and his consistency was a big reason for the team’s championship success.

The Pirates came into the game ranked number one in points allowed (33.1) and they stayed right around their average as they frustrated Rattlers quarterback and league MVP Drew Powell all game long. It is unusual for a defense to be so good in Arena Football but the Pirates have been exceptional all season.

Patrick Pass and his coaching staff went against the grain in a sense. Most arena teams are built to score points and score fast. The Pirates are different. They want to run the ball and make big plays in the passing game. It isn’t just about Bennifield and the receivers. The Pirates want to control the tempo but do it in an unconventional way. What do you expect? Pass was a running back. Of course he will want to run the ball.

Arena Football is considered a gimmick by many but if you watched the Pirates play this season, they played a different brand of football. A brand more in line with what we know of the game. That brand of hard nosed, tough football is the reason why they are United Bowl champions. A championship that is significant in more ways than one.

Congratulations to the Pirates. We look forward to covering them throughout the off-season and next season.