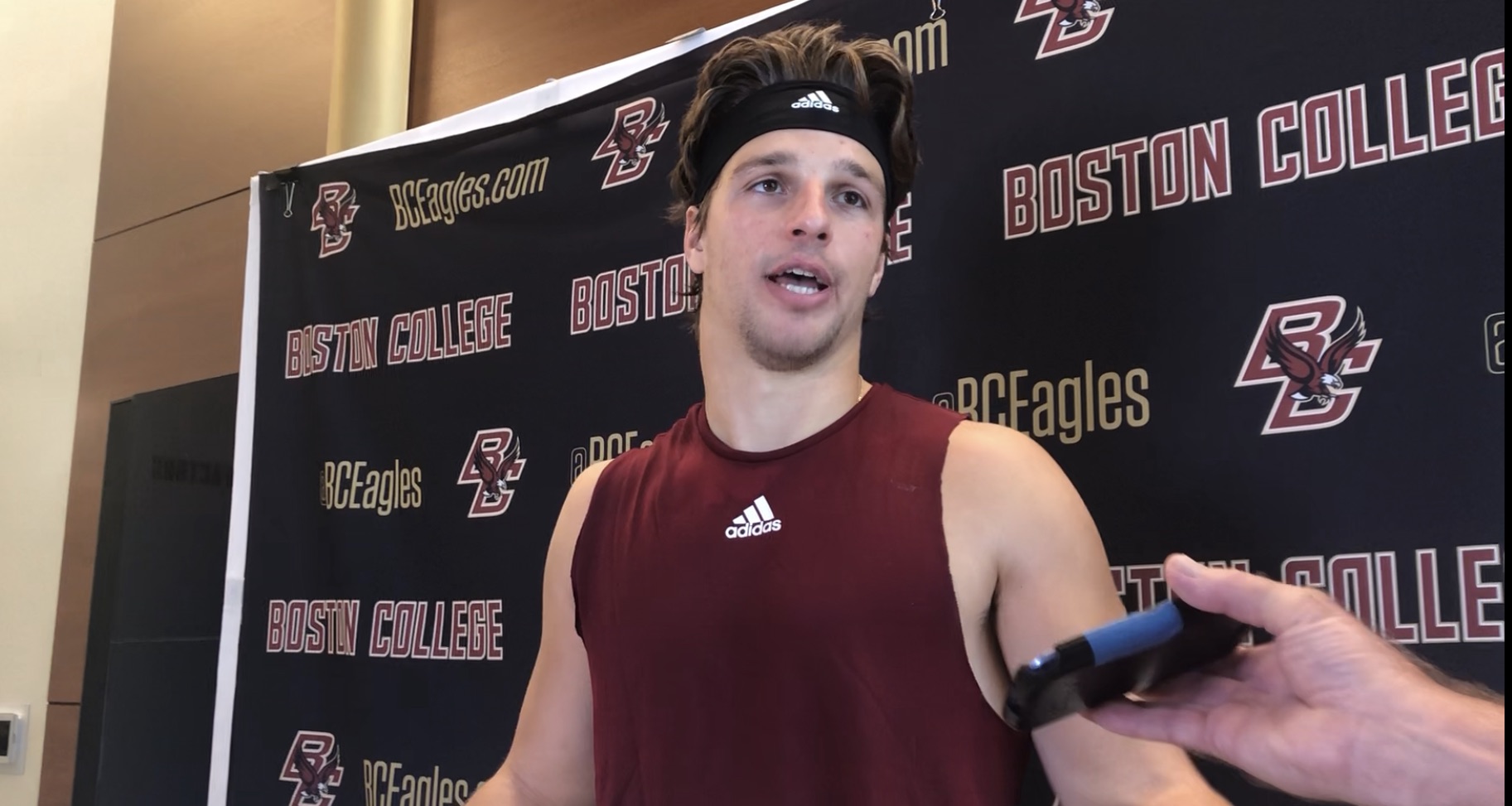 Boston College fans had their worst case scenario come to fruition officially on Monday with the announcement that quarterback Phil Jurkovec would be out for the season after injuring his wrist in the win over UMass.

Jurkovec had surgery on his right hand Monday and was back at practice in the morning on Tuesday watching from the sidelines. The team is now in Dennis Grosel’s hands in what has become an all too familiar role for the sixth-year Eagle.

Perspective is key here just two weeks into the season. Grosel could have left after the 2020 season but didn’t because of how much he believes in what is happening in Chestnut Hill. Now, all the experience he’s gained coupled with a wealth of talent on offense around him means players, coaches and fans should still believe this team can make quite a bit of noise in the ACC. Dennis Grosel isn’t Phil Jurkovec and no one expects him to be, but he’s one of the best backups in the country and you can’t teach experience.

“I think after how last year finished and given the situations I was in, the opportunities I had, I think there was a little bit of question,” Grosel admitted. “There was opportunities I thought elsewhere, coach Haf and I talked a bunch about what that would look like, how that would happen…so I think there was some thought, but in the back of my mind it really came down to I would regret leaving more than I would regret staying and that’s what Coach Hafley said. He said “I don’t want you to live with any regrets 10 years down the road if you thought you wanted to go play somewhere else.”

“The first three weeks after I came back he asked me “you regret it yet? “you regret it yet?” and there’s no regret. The team’s great, this place is awesome. I think something that goes into it is I’ve been here so long, I’ve seen it develop and seen it grow, there’s a sense of really wanting to finish it out here. It’s unfortunate (about Phil) but exciting this is how it’s going to have to go for a little bit and it’s one of the reasons I came back, to be in that spot.”

There have been multiple times over the last few seasons where teammates have talked about how much confidence they have in Dennis Grosel despite the fact he’s consistently been a backup. It speaks volumes about a guy as a teammate when the rest of the team doesn’t flinch after the QB1 – who could have been a first round NFL Draft pick – goes down. It was legitimately business as usual at practice Tuesday.

“There’s something to say about the preparation we all put in,” he said. “They’re able to trust me as not being a backup but just coming in as another quarterback. It’s really cool to see them rally around me, walking out here nothing changed. There was a sense of energy of like all right, something’s different but it doesn’t feel different.

“Just try to go as easy as we can and it just gives me a lot more confidence and a lot more levity off my shoulders to just go out and play.”

We’ve all talked about the expectations surrounding the Eagles heading into this season since November of last year and BC fans should continue to hold those expectations. Coach Hafley adamantly stated that nothing about the way they operate is changing. They’ve already dealt with plenty of injuries this season and have only played eight quarters of football.

“We haven’t like, spread the word feel bad for us, all these injuries, no. Let’s go play football, we’re lucky to do that and let’s go do it the best we can.”