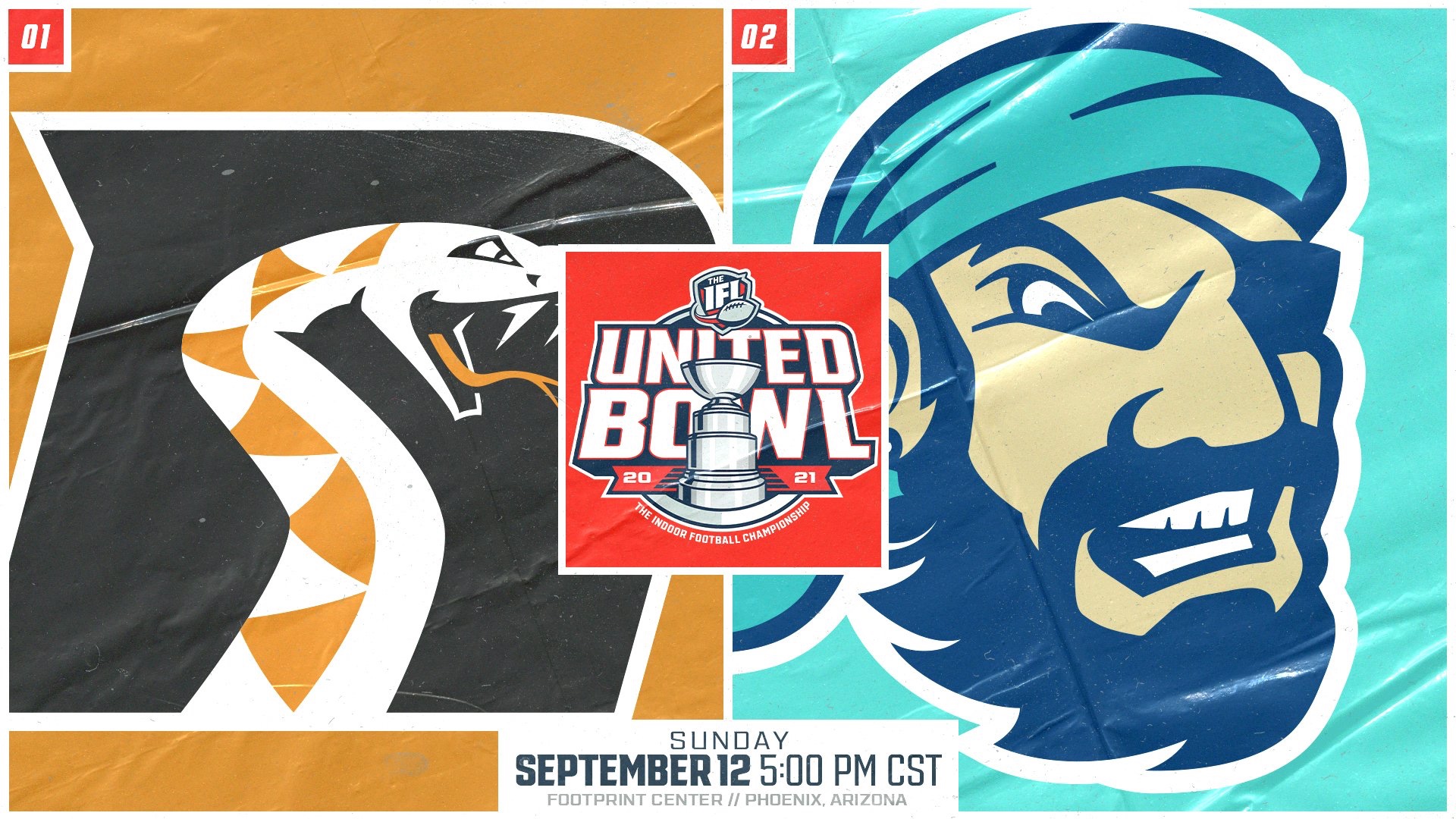 The Massachusetts Pirates will take the Arizona Rattlers in the United Bowl, the IFL Chanpionship game.

The Pirates have had a memorable first season in the IFL and have been the hottest team in the league since July.

Massachusetts would be considered an underdog going into this game against the top seeded Rattlers but the Pirates actually won the only regular season meeting between the two teams at home on July 18th, 68-44.

So, what do the Pirates need to win this game. Here are three keys.

1. Play at your pace: Arizona loves to play fast and turn games into track meets. The first meeting was a track meet and the Pirates scored the most points they have all season. That being said, getting into a shootout with Drew Powell and company is not a good idea.

2. Lean on your ground game: The Pirates are playing for a championship due in large part to their running game and their defense. Running back Justin Stockton has been a factor for this team snd takes pressure off of quarterback Alejandro Bennifield.

3. Defense must rise to the occasion: Martrell Spaight and the Pirates defense have imposed their will on the opposition the second half of the season. They will need to do the same tonight in order for the Pirates to be champions.

Final Prediction: Pirates 44 Rattlers 38: The Pirates Areca team of destiny. It is there year. They get it done and bring another trophy home.