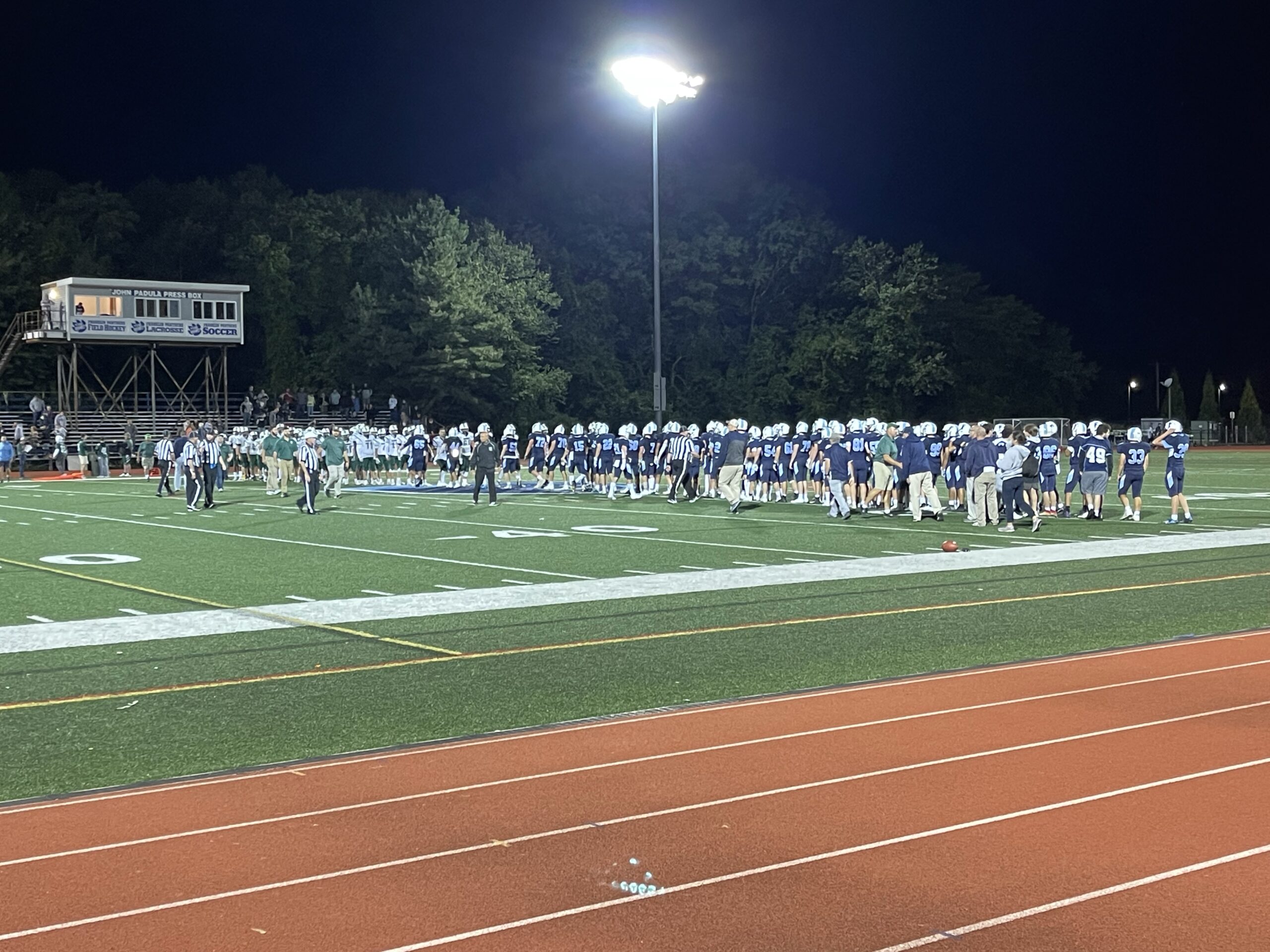 FRANKLIN- The 2021 season kicked off on a beautiful night at Pisani Field in Franklin on Friday night. The temperatures was in the mid-60’s with light wind which means it was a good night to throw the ball. That is exactly what Franklin did.

Wachusett opened the scoring on their first possession to go up 7-0 but that would be the last lead they would hold on the night as Franklin rattled 27 unanswered to take a 27-7 at the half.

Wachusett would find the end zone twice in the fourth quarter but Franklin was able to answer those scores with a couple of big plays of their own. The big plays were there all night.

Franklin coach Eian Bain said he felt good about the offensive plan going into the game.

“We had a pretty good plan to get our run game going. Teams are going to adjust so you have to protect your run game. Two of those big plays were play action specifically off that run action. Jared did a great job selling the fake, that kid filled the alley and it left a one on one.”

The Panthers play action game was effective thanks to the efforts of senior running back Mack Gulla. Gulla was effective all night getting outside on the Wachusett defense in the running game.

Gulla was a workhorse and even busted a 95 yard touchdown run in the fourth quarter that was called back. Bain credits Gulla with being an equalizer in the Panthers offense.

“I think we saw a little bit of everything he can do tonight. He had a couple of powerful runs. He made people pay for trying to tackle him one on one. It’s nice to say when we scheme things up that we can leave one guy unblocked because Mack is either going to make him miss or run through him because he has the breakaway speed.”

Beating a perennial Central Mass power like Wachusett is certainly a confidence boast but the Panthers next two games are against Brockton and Duxbury. Bain believes that the program is now at a place where they can play better competition.

“If you want to get to a certain place, you have to challenge yourself. And I think also talking to the other coaches in the league, it sends a message to your team. This is what we think of you now. Now we think we can play a team that finished top ten in the state.”

The Panthers next two games are against Brockton and Duxbury, two tough games. After tonight however, the Panthers proved that they are up to the challenge.