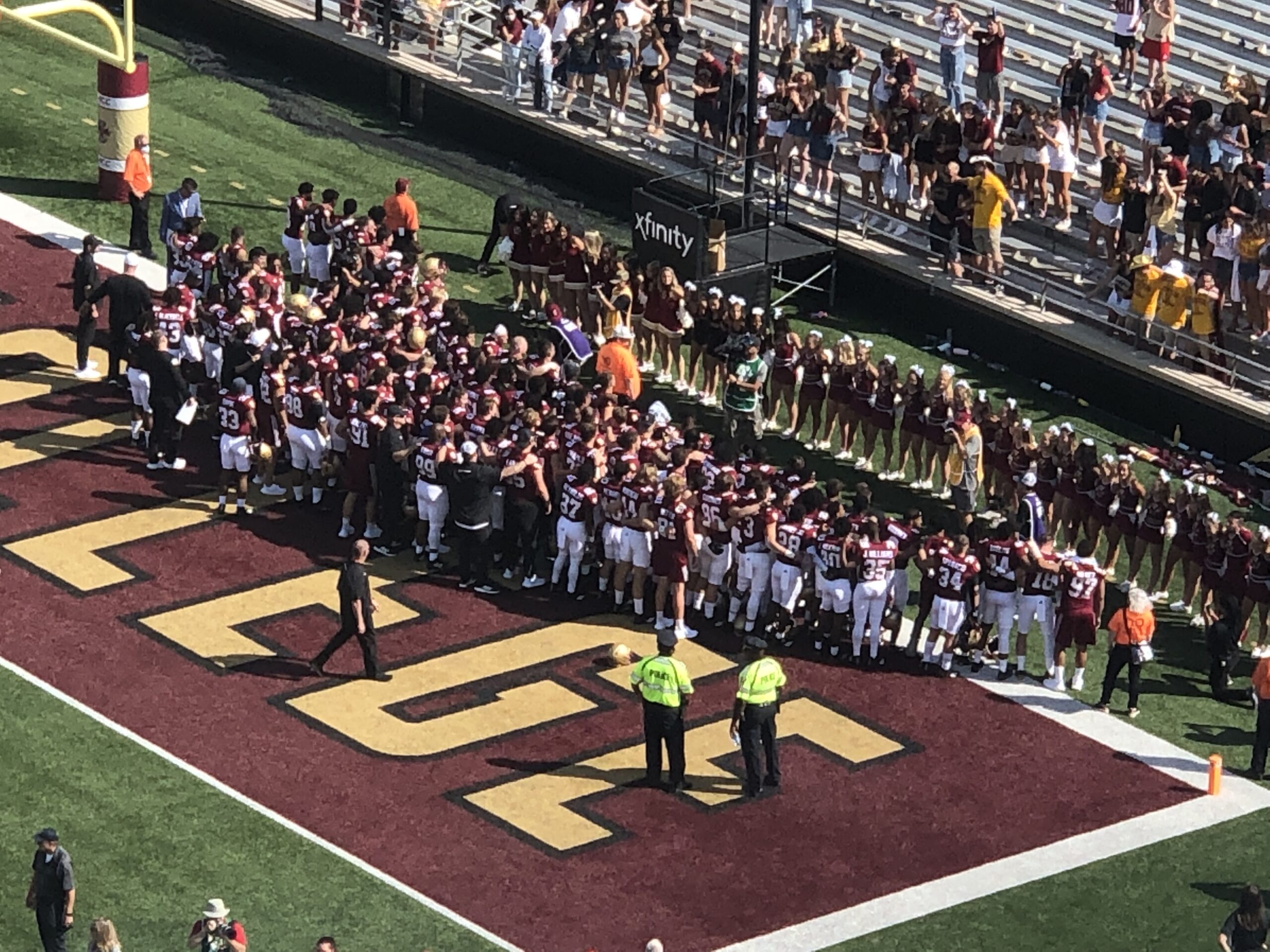 Let’s be honest, when you’ve coached in the NFL and places like the Big House and the Horseshoe at Ohio State like Jeff Hafley has, not many atmospheres are going to impress you.

Still, Saturday afternoon was a special day for Hafley, his family and the rest of the Boston College football community. For many of the coaches and players it was the first time they got to experience a true game day in Chestnut Hill despite being second year members of the program.

Before Hafley even started his postgame press conference following the 51-0 blowout win over Colgate, he thanked the students. Leading up to the game during the week, Hafley had asked them to get tailgating done early, get into the stadium and to be loud.

“I want to thank the students and the fans,” he said. “We came out of the mass today and people were already tailgating. Students were out around the mods, we walked right through them and then when we got in the stadium they were there and they stayed. I am really grateful for that, the players fed off of that and that’s what this has to be all about.”

Coach Hafley has said he’s had the chance to get to explore Boston a bit and he’s enjoyed it thoroughly, but having never experienced a September game day in Massachusetts, what was the build up like? What went through his mind?

“I had no idea what to expect,” he said. “It wasn’t about me, it was about the players and the students today. I’m just telling you, when we walked out of Gasson and started walking, it was like 9:45 A.M….the students were already out and people were lined up yelling my name, “Jeff!, Jeff!” and it was awesome. Then, to walk past the mods and see the students in there, hear the band, see the cheerleaders walk in, see my family, it was kind of so morbid last year just walking through a dead campus, this is what college football is all about.”

Alumni Stadium can hold 44,500 and there were 28,991 in there on Saturday. If the Eagles continue to put on shows like they did against Colgate it may start to sound like those other places Hafley has worked in very, very soon.

“It takes all of us,” he added. “It takes our players, our staff, it takes the school and it was awesome. It was a really fun day and I’m very grateful to be apart of it.”