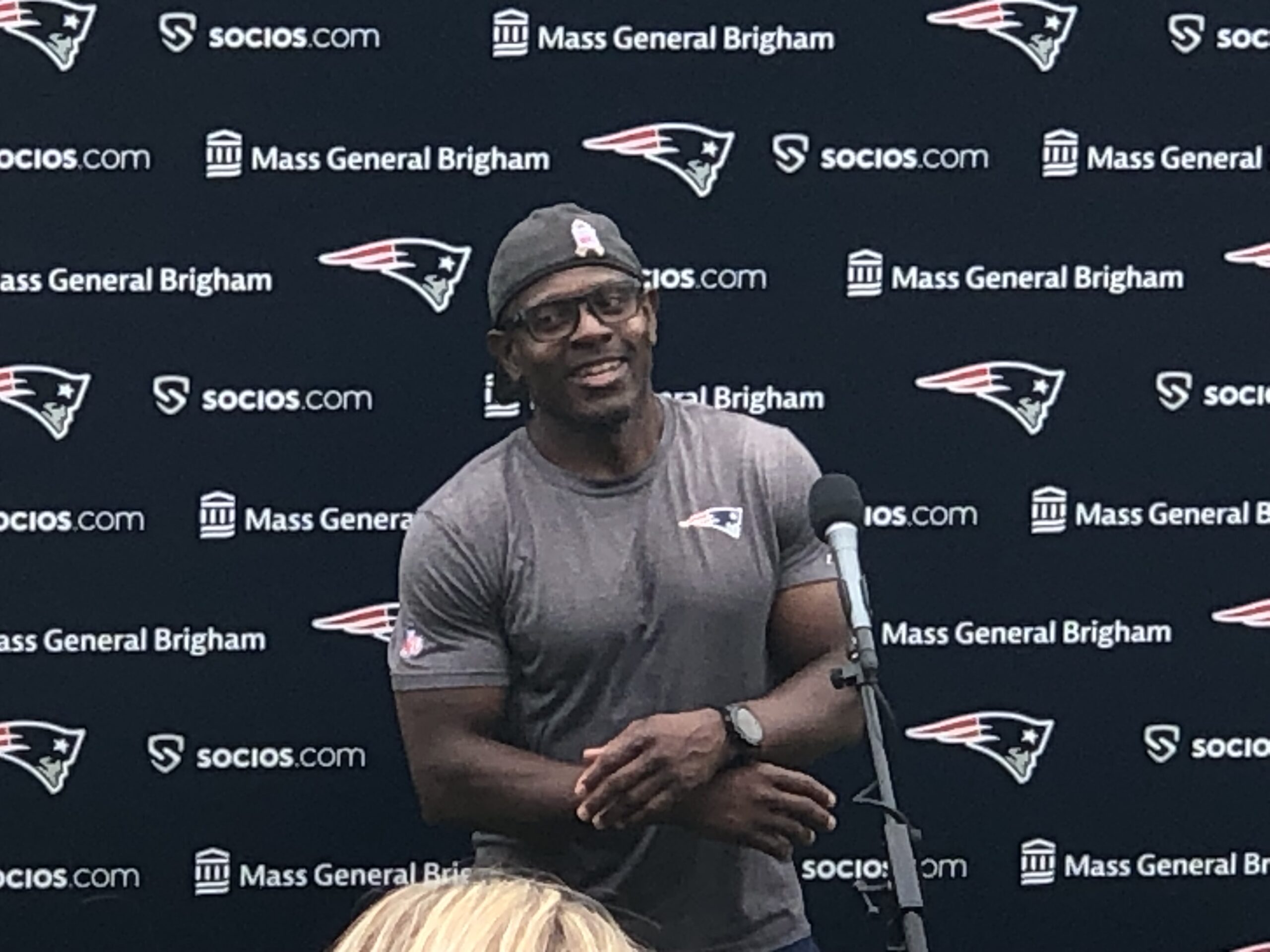 Troy Brown and Jerod Mayo both look like they could step in and start a game in the NFL tomorrow.

Brown last played in 2007 and only played 12 games combined in his final four years. Mayo last played in in 2015, but both guys have quickly ascended the New England coaching depth chart and are still finding ways to contribute to the team.

Brown is the wide receiver and kick returner coach and he’s been out early every morning with various guys catching punts, usually sprinting on like he’s splitting the seam in Pittsburgh back in 2001. Mayo is the inside linebackers coach and as we already saw last season, he has Bill Belichick’s ear and confidence. Mayo is also usually one of the first one or two coaches out on the field too, today flanked by Jalen Mills.

Both of them were great Patriots and both have made it clear they want to continue to push for recognition throughout the NFL, which could be a huge benefit to both a young linebackers group and an unproven wide reciever group. Brown and Mayo also want to make sure the foundation to this new era is being built the right way.

“I definitely have aspirations to be a head coach,” said Mayo prior to practice on Wednesday morning. “But, I’m really focused on this team. We have a great coach here in New England, but that’s the goal. I think I can do it, well I should say, I know I can do it I’m just waiting for my chance for it to come to fruition.”

In Mayo’s case, he’s looking at this season through a player’s eyes since last year was such an oddity.

“I will say this, the one thing about experience is you know what to expect,” he said. “Last year was an anomaly as far as what to expect, every single week it was like something else, so this year is kind of like my first year. I’m trying to take that second year leap this year being around the guys on a daily basis.”

Mayo also had a comical answer when asked about how he’s handled the communication with the defense…he’s practiced calls with his son.

Brown has been doing his best, along with other Patriots like Tedy Bruschi, to continue helping out young guys whenever they can while also teaching them about what’s worked for so long here. Bruschi held a little one-on-one sessions with Ronnie Perkins following Tuesday’s practice.

“I think we bring a sense of history to the program,” Brown said following practice.

“They can ask questions about what it used to be like – for me 20 years ago – and these guys have no clue, some of these guys were just being born. They have no clue what the culture was like in that building, so we bring that to the table as well. Then, just the amount of knowledge about this team, this organization, just about football in general that we can provide those guys.

“They may not even be comfortable asking some people about it, sometimes they can identify with us better because we did play. They may feel more comfortable asking questions that they may seem silly to ask Bill or some other coach on the staff, so I think we bring that to the table and hopefully it works out great for our players.”

Coach Belichick also talked about the growth of both guys as coaches prior to Wednesday’s practice.

“Yeah, Troy and Jerod have done a great job for us,” he said. “They both bring a lot to our coaching staff, to the team, to the entire organization. They obviously have a lot of experience, and they have a perspective on the game as players that most of the other coaches on the staff don’t have, at least at the professional level. So you know, that’s good there. They work extremely hard. They’re well-prepared just like they were as players, and they’re excellent role models, and they’re young. They’re not that far away from when they did play, and they can relate to a lot of the things that the players are going through, whether it be time management, preparation for practice and how to study and so forth.

“They’re a great resource for those players as well as for, in general, myself and the coaching staff on those topics like that that they were very good at and have more experience with than the rest of us do.”