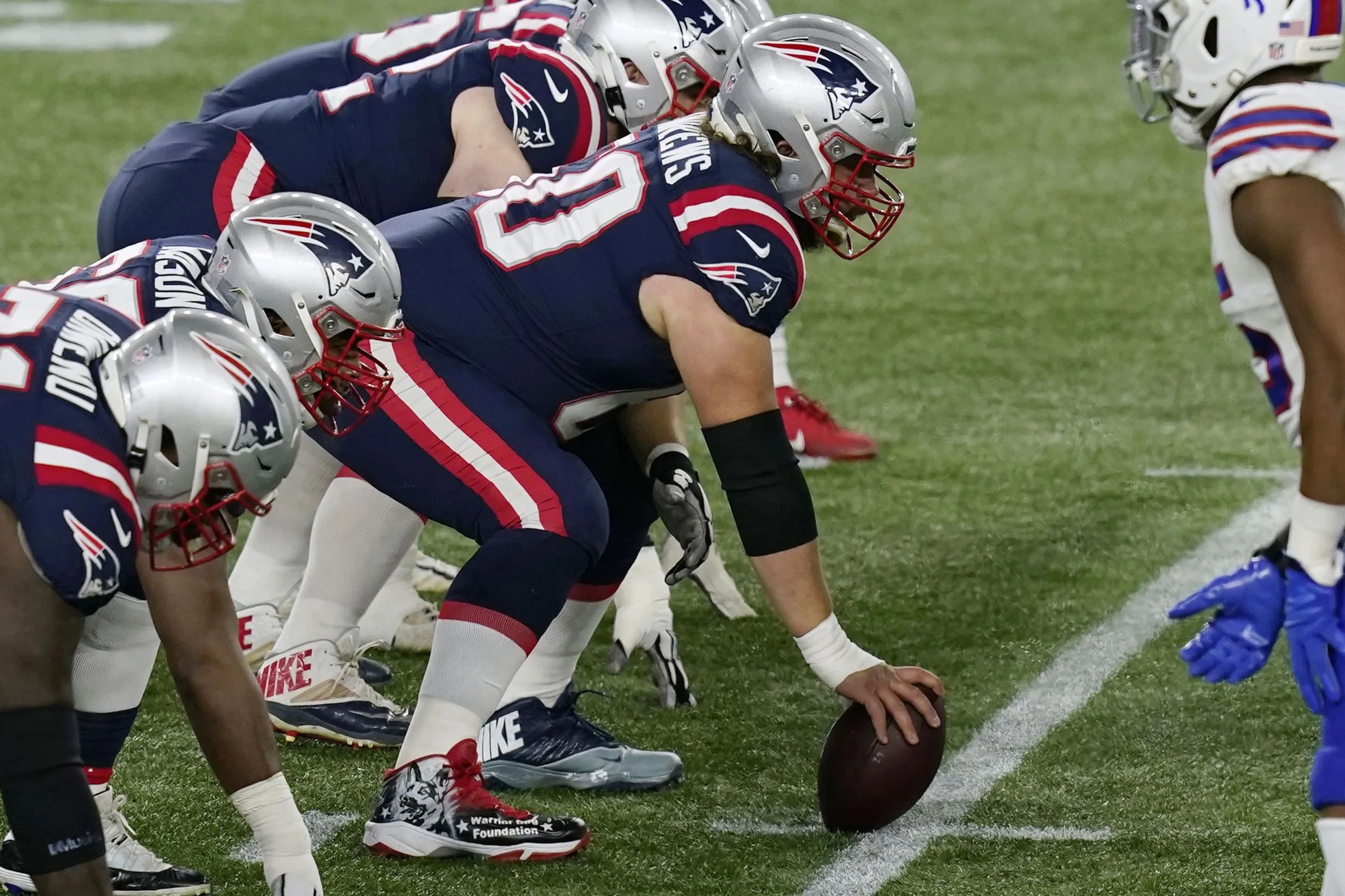 The Patriots reshuffled their offensive line this off-season by trading for offensive tackle Trent Brown. Brown played in New England in 2019 before signing a free agent deal with the Las Vegas Raiders. The signing was a disaster and the Patriots were able to get Brown back for a 5th and 7th round pick in 2022.

Brown can play either right or left tackle. He is a mauler in the run game. At 6-8 350, he sets a tone physically and has a presence about him.

Isaiah Wynn is slated to start at left tackle. The Patriots picked up Wynn’s fifth year option this spring so they see him as part of their long term plans. When Wynn has been healthy, he has been very good. He has terrific feet, is athletic and plays with good fundamentals. Staying on the field has been Wynn’s biggest issue. If he can stay healthy, he has an elite level skill set despite being undersized..

The Patriots did lose Joe Thuney to the Kansas City Chiefs in free agency but thanks to the emergence of rookie Michael Onwenu last season, they have a suitable replacement at left guard. Onwenu burst onto the scene in training camp last summer where he made a favorable impression on the coaching staff. He is technically sound as both a run and pass blocker and can play guard or tackle. Onwenu has Pro Bowl potential.

The Patriots were able to re-sign David Andrews in free agency which was vitally important to the continuity of this group. Andrews has developed into one of the best centers in the game. He plays with great leverage and strength at the point of attack. Andrews is a high I.Q player who is the linchpin of the offensive line.

Right guard Shaq Mason bounced back last season and played better than the previous two seasons. Mason has struggled when teams have covered him up and forced him to block defenders one on one. Mason’s strengths are pulling and coming off of scoop blocks to seal on the backside. Not blocking two technique tackles.

The Patriots traded long time right tackle Marcus Cannon to the Houston Texans this off-season. The aforementioned Brown is slated to start at right tackle. With Brown and Mason on the same side, expect the Patriots to run a lot off-tackle and perimeter run plays to the right side.

As far as the back ups are concerned, the return of Ted Karras is vitally important. Karras has started for the Patriots before and can play guard or center. He will be the sixth guy off the bench.

Justin Herron impressed in limited duty last season. Herron can play left or right tackle but can also kick inside and play guard in an emergency. He will compete with Korey Cunningham, Yodny Cajuste and Alex Redmond for the third tackle spot.

James Ferentz and Marcus Martin will compete for playing time at guard and center.

The offensive line could once again be a strength for the Patriots. Losing Thuney hurts but the emergence of Onwenu and some quality depth should soften the blow.

The Patriots will lean on their running to balance things offensively so more of the onus will be put on this group..