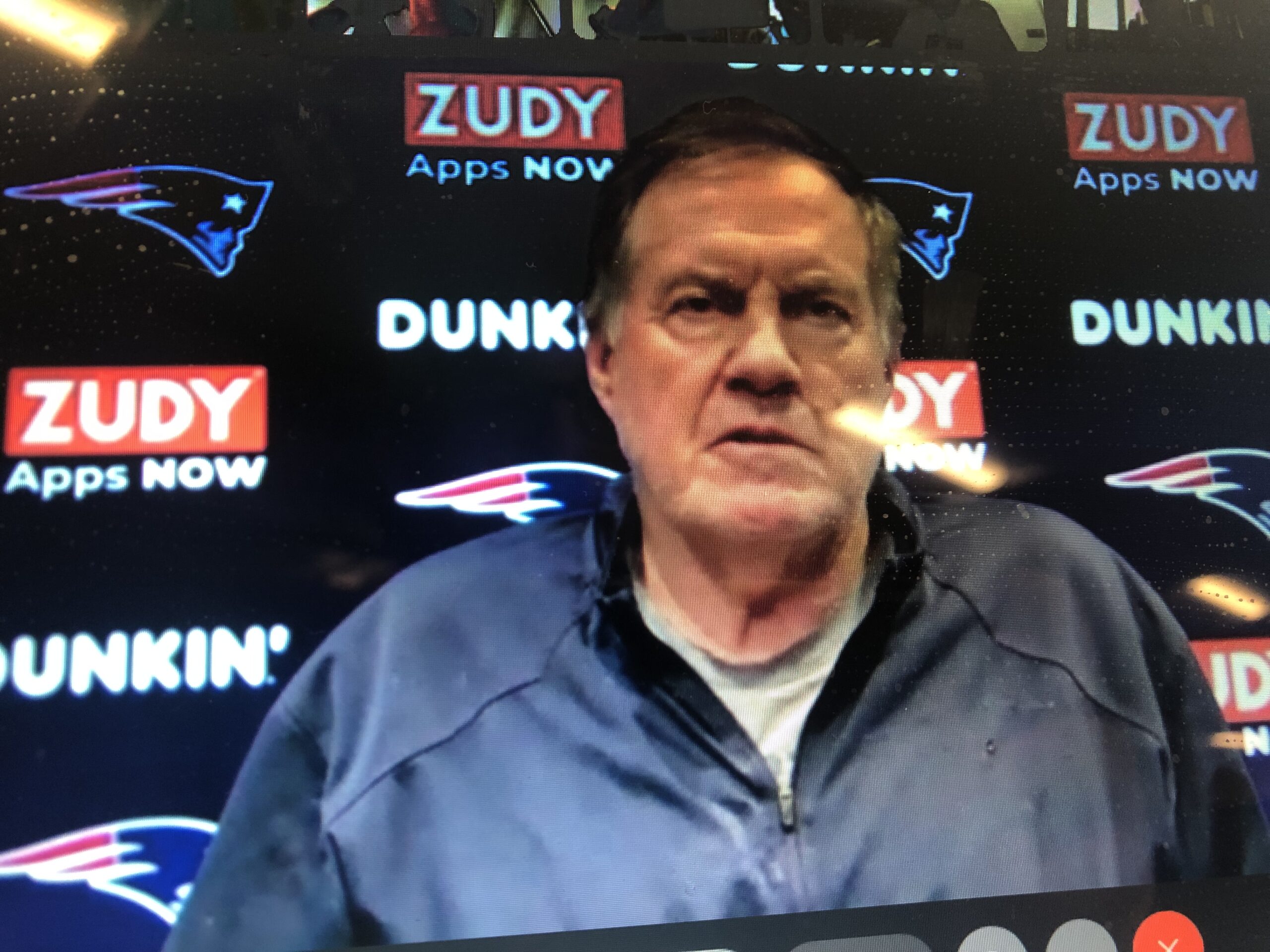 FOXBOROUGH – Didn’t see that one coming.

Bill Belichick met with the media via Zoom early on Saturday morning prior to the last practice of the week and dropped a mini bombshell, saying Cam Newton is the starting quarterback.

Now, he’s said that for a while now, but we’ve also heard that everyone needs to earn their spot as well, so when it came out of his mouth before some folks even had their morning coffee, it was a bit startling. It also took him a while to get there too, which made it that much more unexpected.

“Yeah well we’ll take a look at the whole situation,” he said when asked what he may be looking for in particular. “I don’t think you want to evaluate players at any position off of one or two plays, or maybe a day, so from a consistency standpoint that’s always important and obviously production, so hopefully those things will be good and I’m sure it’ll be a hard decision. We’ll see how it goes. Let them play and try to do what we feel like is best for the team based on their performance.

Ben Volin of the Boston Globe then asked if there was an ideal time frame for naming a QB.

“No. I mean Cam’s our starting quarterback. I think I’ve said that, so…” Belichick proclaimed.

When pushed on the whole “everyone has to establish themselves at their positions” thing, Belichick said that’s still true.

“Yeah that’s right everyone does start from scratch.” He added.  “Again, we all have to reestablish ourselves and that goes for a lot of other players that you could name as well that I’m sure in your mind you think they are starters, and maybe they are starters and they probably will be starters, but they all have to reestablish their positions. That’s across the board for the whole team. That doesn’t just pertain to one person or position.”

Belichick was also asked what about Cam’s arm strength.

“I mean I don’t think we’ve been outside the 30-yard line,” said Belichick. “Just in terms of long balls and all that. I mean we’ve thrown a few in individual route periods and a couple of offensive periods just to install some things. We’ll see how everybody performs as we go forward. Again, judging guys off of one or two days or a handful of throws. There have been a couple of down field throws.

“Again, most of those were in offensive periods, so they were kind of set up that way. We’ll see how everybody does when we get a chance to level up competition between the offense and the defense and they’re playing real football. His arm looks fine. Everybody looks fine. All the quarterbacks can throw long, and I don’t see any major problems.”

Cam and Mac have really only competed head-to-head two days so far in camp. Wednesday and Thursday was mostly red zone stuff, while Friday and Saturday we saw a lot more competition, rotating snaps during drills and so forth.

For fans that were hoping Jones would just blow Cam away and make the decision a no-brainer, he simply hasn’t. Cam hasn’t been his 2015 MVP-self by any means, but he’s done enough for Belichick to go with a veteran over the first rounder to this point.

There’s always a chance that when the pads come on next week and preseason games start the week after Jones outperforms Newton, but as of Saturday morning this is still the Cam Show and Belichick is his biggest fan.