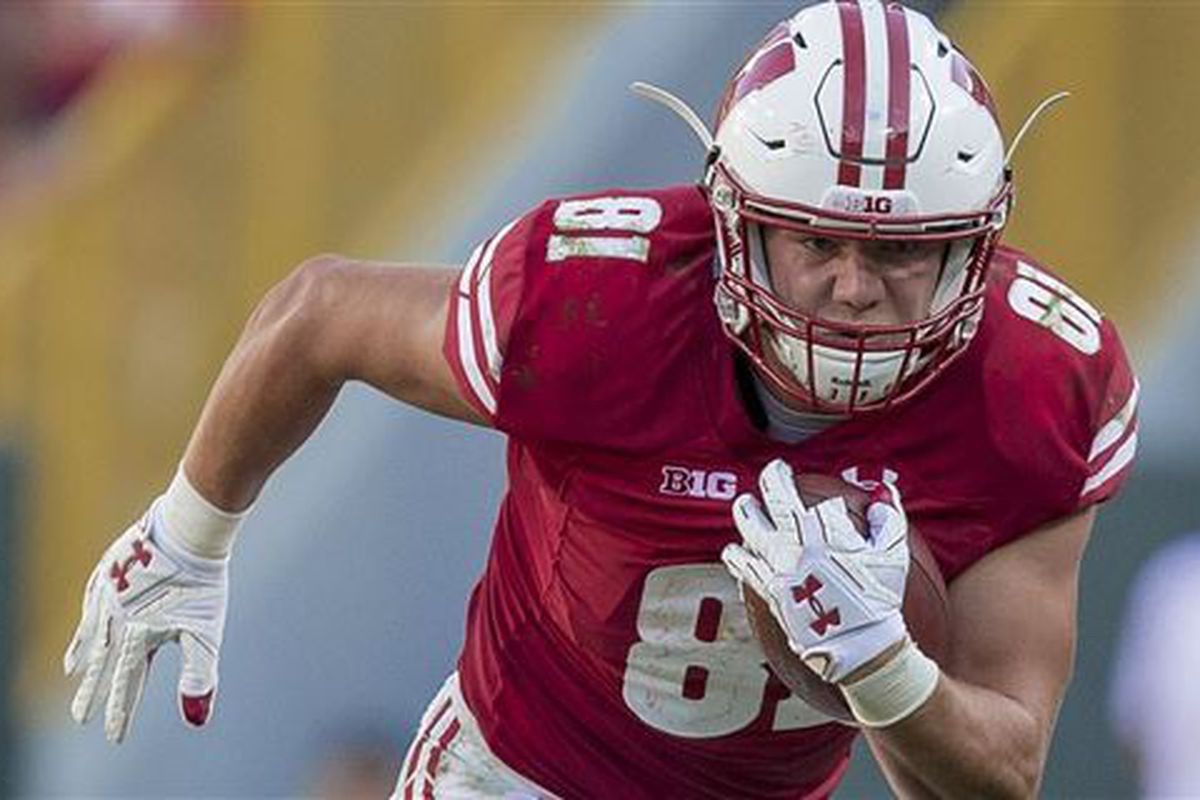 Tight end Troy Fumagalli might be a revaluation to the local media but the talented tight end is a great scheme fit for the Patriots.

Each year we try to identify players who could surprise and make the roster.

When I look at the Patriots training camp roster, there are six names that come to mind if players who I think could make the team.

Here are the six players who I think have a legitimate shot at making the final 53.

1. Troy Fumagalli, TE, Wisconsin: Fumagali was originally drafted by the Broncos in the fifth round of the 2018 draft out of Wisconsin. Fumagalli was highly productive with the Badgers where he was a match up problem for defenses.

At 6-6 248, he has good size and is long. He is a move tight end who can generate match ups vertically. He is especially effective in the red zone where his wide catch radius and size give him an advantage.

It will be an uphill climb for Fumagalli to make the roster given that he has to beat out Matt LaCosse, Devin Asiasi and Dalton Keene but none of those guys are entrenched as the third tight end.

2. Raekwon McMillan, LB, Ohio State: McMillian is a tough, versatile linebacker that can play the MIKE (Middle) or SAM (Strong) linebacker spots. He was a three year starter in college and can play all three downs because he is effective underneath in zone coverage.

McMillan can also play special teams which enhances his value. He will give incumbent J’Whaun Bentley a run for his money in the middle.

3. Harvey Langi, ILB, BYU: Langi has been with the Patriots before and is a player Bill Belichick likes. Langi is a good athlete for his size and can play either MIKE or SAM spots. He can also be a core special teamer, which enhances his chances of making the roster. Langi can also play in sub packages as an edge pass rusher.

Versatility is the name of the game for Langi. If he can prove in this camp that he can contribute in a variety of ways and offer roster flexibility, he will make the team.

4. Kristian Wilkerson, WR, SE Missouri State: Wilkerson has good size at 6-1 200. He is a quick twitch and sudden route runner who gets in and out of his cuts with ease.

The burst and explosiveness he shows after the catch could be the biggest reason he makes this roster as a fourth or fifth receiver.

With N’Keal Harry‘s future uncertain and Gunner Olszewski needing to prove he can play in 10 personnel, Wilkerson has a legitimate shot at making this team with a strong camp.

5. Alex Redmond, OT, UCLA: The six year veteran can play guard or tackle. At 6-5 320, he offers that swing versatility teams are looking for in their back up offensive lineman nowadays.

The Patriots typically only carry seven offensive lineman going into a game and with a lot of young talent at all five spots, it will be tough for Redmond to make the team. He will also have to fend off Marcus Martin who is vying for the same spot.

6. Dee Virgin, CB, West Alabama: With Stephon Gilmore banged up, that pushes all of the cornerbacks up on the depth chart. The Patriots have a lot of depth at the position but in this day in age, you can never have enough slot corners and Virgin has demonstrated in the past that he has the coverage skills necessary to cover over the top routes as dime corner.

One of the best parts of training camp is watching the guys that are a long shot to make a roster, make it. The Patriots don’t have a lot of room on this roster but don’t be surprised if a couple of these guys make the team.