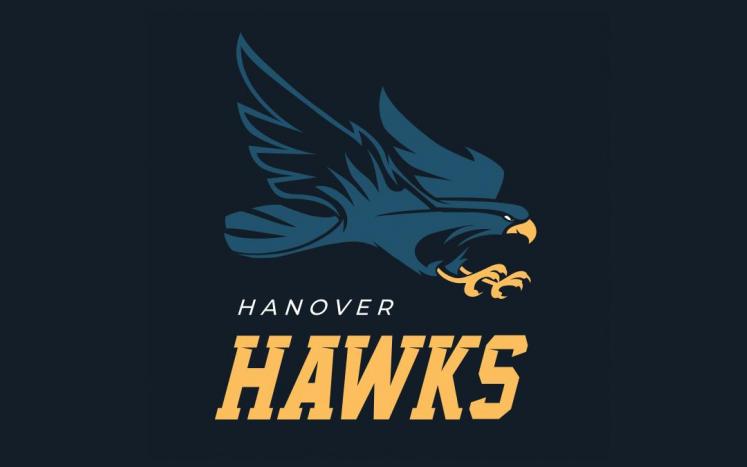 Hanover soon-to-be junior quarterback Mike Gandolfi didn’t play an actual snap for his high school squad in a regular season game last year, but he did earn the program a championship on Thursday night.

Gandolfi and his teammates won Hanover’s first ever 7v7 Northeast New England Championship with a thrilling 21-20 win over Marblehead in the finals. Last year, Gandolfi went down to Florida to try and play high school football in a normal fall season as a sophomore, but only got to play one game before getting hurt. After coming back up here he was told he couldn’t play, so this season will be the first he plays wearing the varsity blue and gold.

“He went down to Florida because of the Covid and there wasn’t a season up here, he played one game, got hurt and came back up here and the MIAA ruled him ineligible,” explained Gandolfi’s father and Hanover head coach Chris Gandolfi.

“It was devastating, it was horrible. He would’ve been our starter, but it’s our fault, the rule came out in July and I didn’t see it. We’ve got a lot of young guys playing this year and this was the first time we played in this tournament. They’ve been playing together forever, it’s a young class so this was such a good experience for us.”

Hanover took a 21-14 lead late in the championship game, but Marblehead answered before their “PAT” pass attempt was broken up in the end zone, leaving the score at 21-20. With time running out, the Hawks had to snap the ball one more time before the play clock expired. What looked like a catch on the ensuing play was ruled an interception in the end zone as players wrestled for the ball. Marblehead sprinted back downfield to get into offensive position, but time ran out and Hanover began the celebration.

“It’s huge, huge, we didn’t have a great year last year,” Mike said when asked what. this type of tournament can do for a young team’s confidence. “We had a lot of stuff happen (last year), so for this to happen really boosts us. We have big expectations for this year so this definitely helps, good way to start it.”

Coach Gandolfi also made sure to mention some other standout guys who he believes will have a big impact this season.

For Mike Gandolfi, a championship in August after a year away was almost as good as one in December.

“It’s unbelievable, it’s the best,” he said with a huge grin discussing being back with his teammates. “I love them, I love all those guys, it’s just great, it’s really good.”