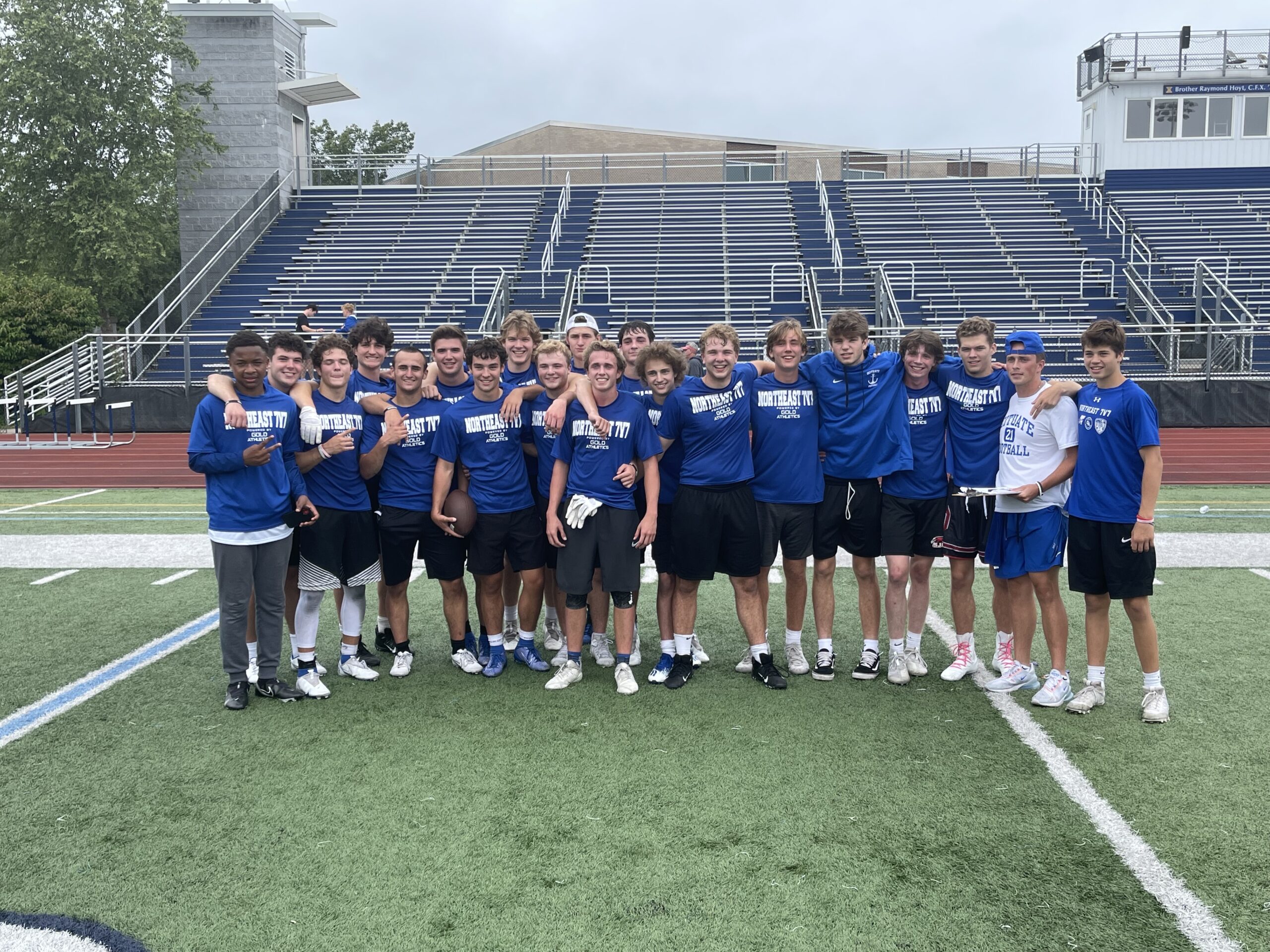 The Northeast 7 on 7 is a rite of passage for the Scituate Football program. The tournament is a highlight of the pre-season for the Sailors and you see how much it means to them when you watch them play.

Scituate came from behind to defeat Foxboro 13-12 in a thrilling game. The Sailors had some impressive wins along the way including a win over Xaverian. As Scituate coach Herb Devine pointed out to me, the Sailors are young. They played mostly sophomore and juniors last season.

“We had a young group of sophomores and juniors that got a lot of playing time. We only played about seven or eight seniors. In many ways it was like spring football for the younger guys.”

It was the “young” guys that led the way if you will today most notably quarterback Henry Gates and do it all athlete Keegan Sullivan. The two connected on the game winning touchdown pass against Foxboro. For Sullivan, playing in the Northeast is something he and his teammates look forward to.

“It’s fun time of the year. We always look forward to coming to this and trying to win. There are so many good teams here.”

Winning the Northeast 7 on 7 isn’t necessarily a barometer of future success but the Sailors did win the South Regional in 2018. They also won the Division 5 Super Bowl later that fall. Perhaps today was a preview of what’s to come for a Scituate team the once appears to be one of the favorites in Division 5.

The Sailors advanced to the New England Championship which will be held at Xaverian on Thursday afternoon. They’ll face other teams that qualified including:,BB&N, Milton, Methuen, Marblehead and Foxboro. There will also be a group of wildcard teams that qualify as well.