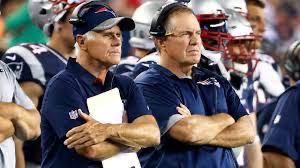 Just a year ago, football camps and coaches clinics in the summer seemed like a distant memory.

Now, as summer rapidly approaches and things appear to finally be getting back to normal, it means that high school and college coaches nationwide can get back to their routines. For many, those routines include camps and clinics throughout June, July and August.

With so many recruits missing the opportunity to showcase themselves or improve, the demand for camps may be at an all time high over the next few months. Coaches are also clamoring to get back out there and pick the brains of other coaches to try and improve their own programs.

Bates offensive line coach Ed Argast has quite a bit invested into these camps and coaching clinics as well as the development of younger players as a whole, which is why he and the rest of the staff up at Bates are so happy to be bringing back the second New England O-Line Clinic on Saturday June 12. The clinic will be running from 8:00 A.M-5:00 P.M. at the Harold Alfond Forum on the campus of the University of New England in Biddeford, Maine.

“This is the first year of the Bobcat Big Man Camp and it’s set up to invest in football in the state of Maine,” Argast explained recently. “We run camps to raise money for clinic speakers. use money from clinics to buy equipment for camps. The problem is the we are not supported by the high school coaches in Maine. Mike Lichten (head coach at UNE) and Malik Hall (head coach at Bates) run the offensive and defensive side of the camp respectively.”

Argast has coached in a bunch of different places and many different positions, so he knows just how valuable thee types of summits with other coaches can be.

“I came back to Bates in January of 2020,” he said. “My first two years of my coaching career started at Bates in 1979 & 1980. I’ve coached college football over the course of the next 41 years at places like Colgate, Fordham, Columbia, Wagner and Bryant. I’ve coordinated offense, special teams, recruited while working with the offensive and defensive line, fullbacks, quarterbacks and kickers.”

It turns out that early on in his career, Argast was already lucky enough to sit under Scarnecchia’s learning tree as well.

“I met coach Scarnecchia in 1988 when I was coaching at Colgate,” said Argast. “I was new to the staff and they had issues with their PAT & field goal protection. Dante was the special teams coordinator of the Patriots . A mutual friend, Charlie Pravata introduced us. I was a young coach trying to learn and Dante could not of been more accommodating.”

For all the coaches involved, the hope is that these types of clinics and camps like the Bobcat Big Man Camp will end up making o-line play more of a focal point for high school and college coaches.

“The hope is it elevates the level of play at the line position,” Argast added. “40-0 and 50-0 scores don’t provide a healthy competitive environment for our youth. We simply have to do better.. The culture of football is very much a working culture. It demands consistent effort at all levels, player, coach, and parents. I don’t see that commitment school to school, town to town, or household to household. There are opportunities that the young men of Maine are missing out on.”