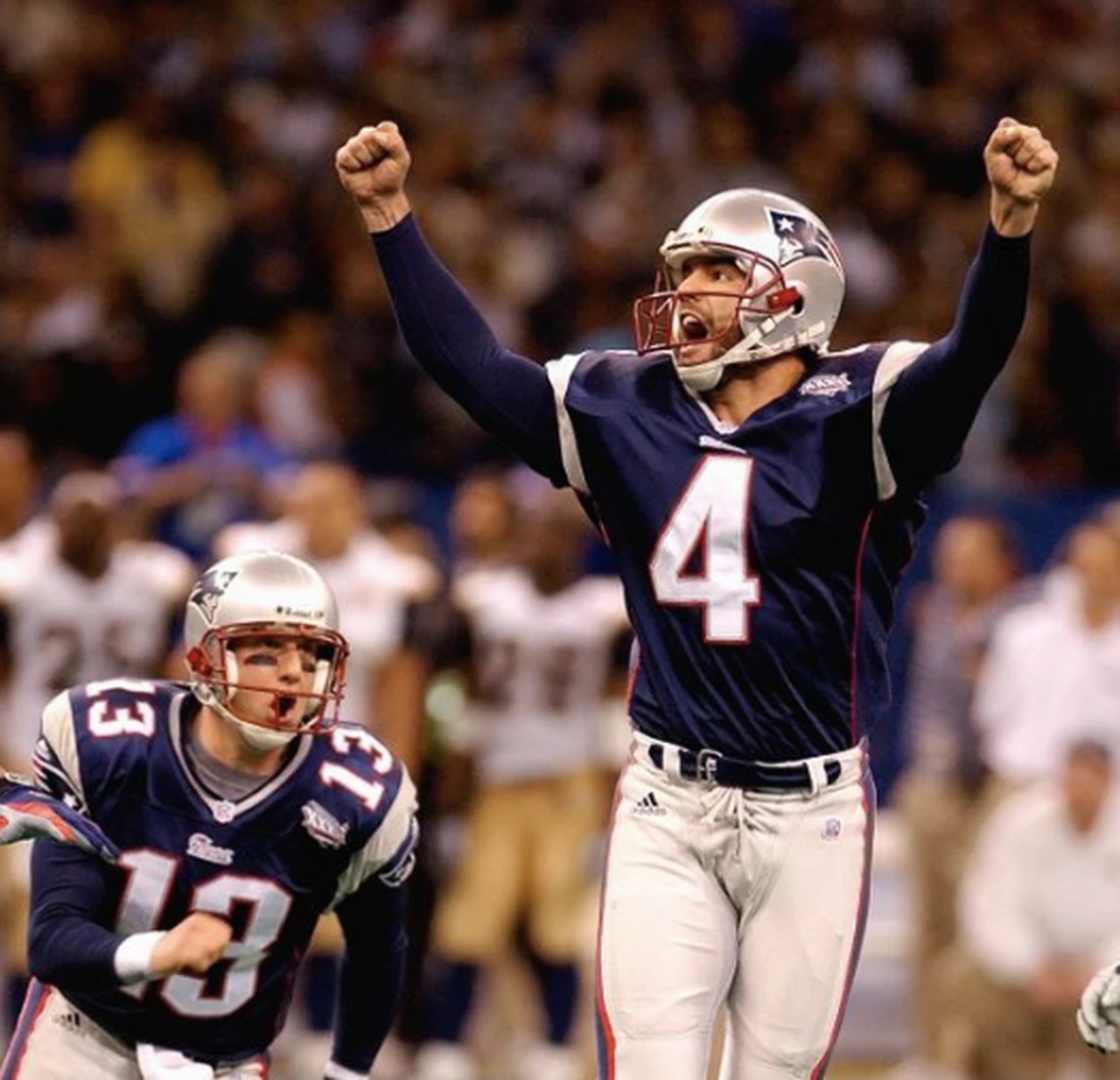 Adam Vinatieri announced his retirement on the Pat McAfee Show this morning. The 48 year old Vinatieri ends one of the most storied careers in NFL history.

Vinatieri spent 24 seasons in the NFL after being signed as a free agent by the Patriots in 1996. Prior to kicking for the Patriots, Vinatieri kicked for the Amsterdam Admirals of the World League. Vinatieri signed with the team after going undrafted out of South Dakota State University.

Vinatieri spent ten seasons in New England where he made some of the most memorable kicks in NFL history. The first of course were the kicks he made in the Snow Bowl game against the Raiders in 2001. Perhaps Vinetiari’s most memorable kick was the 48 yard game winning kick against the St. Louis Rams in Super Bowl XXXVI. Vinatieri followed that up with another game winner two years later in Super Bowl XXXVIII by kicking a a 41 yarder to beat the Panthers.

In 2006, Vinatieri signed as a free agent with the Indianapolis Colts where he kicked for 14 seasons and won a ring in the Colts Super Bowl XLI win over the Bears. Vinatieri however did not kick for the Colts in Super Bowl XLIV, a loss to the Saints. Vinatieri was out for that game but despite that, he kicked in five Super Bowls between the Patriots and Colts.

Everyone knows all the kicks Vinatieri made in a Patriots uniform. They have changed the course of NFL history. Vinatieri hasn’t kicked in a Patriots uniform in fifteen years but it doesn’t matter. At the end of the day, he is a Hall of Famer because of the kicks he made in New England. Sure, playing 24 years in the NFL is an accomplishment but you don’t kick for that many years if you don’t make big kicks. Vinatieri made those kicks as a Patriot and when he goes into Canton, he should be remembered as one first.