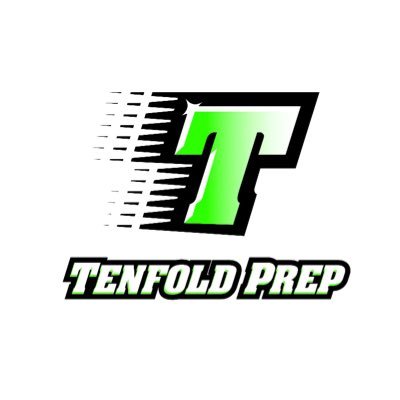 If you haven’t noticed, Massachusetts may be more “on the map” now in the eyes of national high school and college coaches than it’s ever been.

Whether it’s local recruits like Drew Kendall staying home to play at Boston College, or players like Larnel Coleman from UMass being drafted to the NFL, or a legendary defensive coach like Don Brown continuously dipping his hand back into the Commonwealth’s talent pool, now more than ever, the country is taking notice of what’s going on here.

One of the main reasons for that are the development camps that have managed to stay relevant during this pandemic. One of the more well- known development/recruiting camps is Tenfold Prep. Recently, one of the “elite” rosters from Tenfold played in a tournament in Maryland. The Massachusetts squad went 4-0 before the remainder of the tournament was canceled due to weather.

If you’re wondering why Massachusetts is suddenly on everyone’s radar, it’s because of people like Carl Cadet, the owner of Tenfold. Cadet spoke about the tournament and developing relationships both locally and nationally with other high school and college coaches.

“I have been running Tenfold for four years, and we are in the early stages of relationship building with national college programs,” Cadet said recently. “This summer, I will be attending several college camps across the country with players to help create more exposure opportunities and build networks.

“The team name for the tournament was “Team Flex DMV,” and the tournament was powered by Battle. There were 111 teams participating. One of our Elite rosters was made up of 20 players, eight of which are seniors who are all going to college. The rest of the 12 underclassmen either have Division 1 offers or on track to head to college.”

The idea that various kids looking to go to college or that are in the middle of such a life-altering decision process only had spring high school film to show coaches is pretty scary, which makes these types of tournaments so valuable. Coaches like Cadet and others that will be running camps throughout this summer are a huge reason why so many athletes will still get an opportunity at the next level.

Cadet also knows that being able to field a competitive team that represents the state in such a positive light is a huge spark for the program moving forward.

“Representing Massachusetts following such an uncertain year has been incredibly fulfilling and exciting,” Cadet added. “Just being able to provide a platform for these student-athletes to showcase their abilities locally and nationally is an honor.”

Helping kids achieve their ultimate goals is one thing, but having the passion to continue trying to do it with so many restrictions and  hoops to jump through is what puts coaches like Cadet in a class above the rest. It may be harder than ever to earn a football scholarship these days, but places like Tenfold Prep are making sure kids have the best option possible at fulfilling that dream. They’re also making sure Massachusetts continues to get its rightful place at the recruiting table.

“I love waking up every morning with the thought that I can positively impact people because our program is about so much more than just football,’ said Cadet. “It’s about creating opportunities, building character, and Changing Lives.