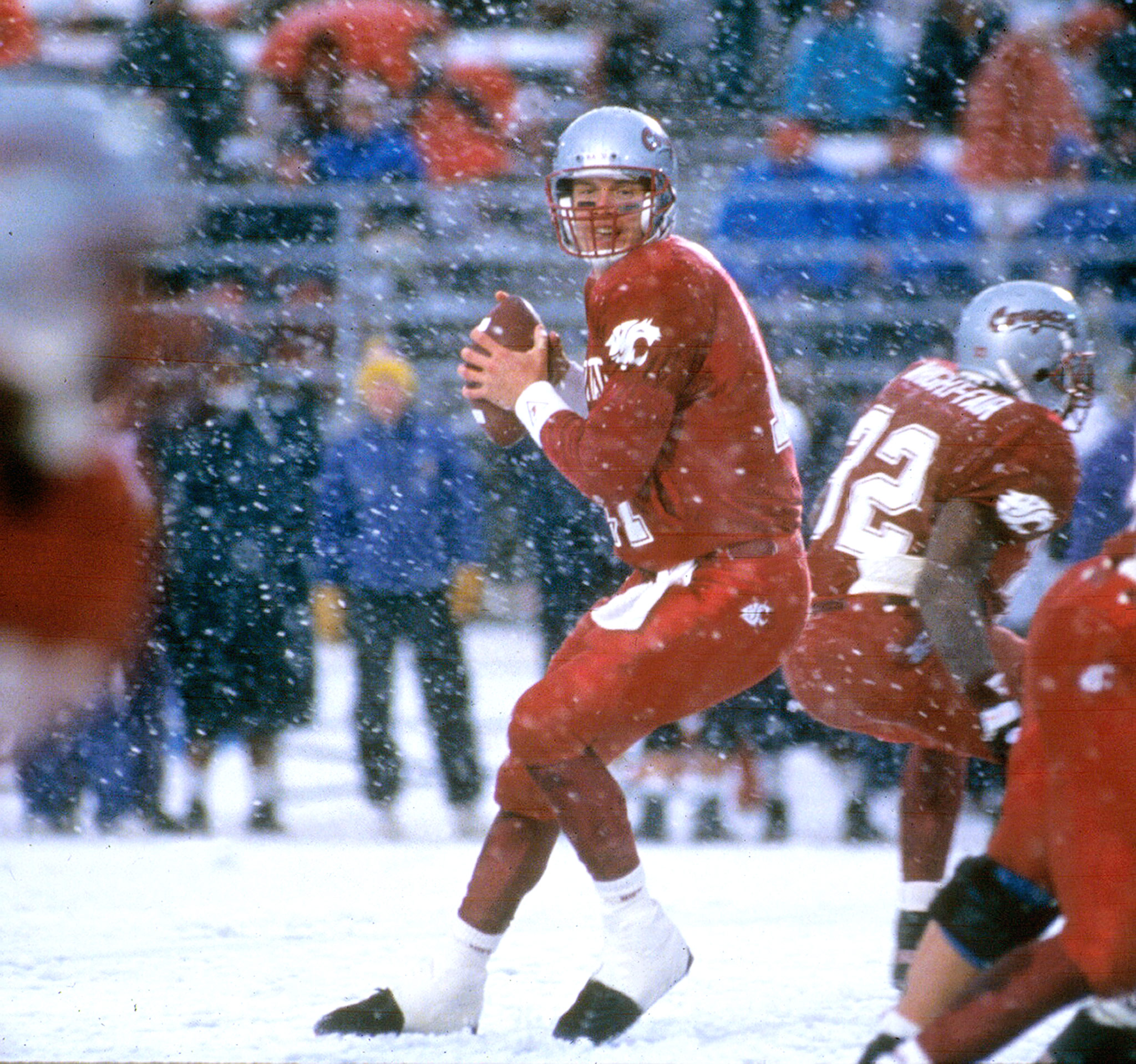 For months now, Mac Jones has been compared to Trey Lance, Zach Wilson and Justin Fields.

For some ungodly reason, Jones has already been compared to Tom Brady as well.

Let’s get this out of the way first. STOP COMPARING HIM TO BRADY. It’s one thing to say he has mannerisms like Brady (footwork in the pocket, arc on certain throws…maybe) but to put that type of pressure on the kid already is ridiculously unfair. The only comparison to Brady – and it’s not really a great one – that you could make is how the 2000 and 2021 NFL Draft’s went down, with both guys being passed on for a handful of other players at the same position. Brady’s circumstances were obviously extreme and Jones was still a first rounder, but the idea that Jones could carry the same chip on his shoulder Brady has carried for 21 years is still there. I’ll admit even that’s a reach too, Brady is the most psychotic athlete when it comes to winning in the history of North American sports.

Instead, why not look back to the last time the Patriots selected a quarterback in the first round? The selection of Jones was truly a historic pick for the franchise, as Jones is just the second QB taken in the first round since 1993, when Bill Parcells took Drew Bledsoe first overall. At first thought it seems impossible that Jones and Bledsoe could have similarities, but it’s not that far fetched.

Bledsoe was charged with being the face of the franchise, but with such a lack of interest at the time, the process could be a slow one for Drew. Jones is faced with an even bigger task, becoming the next face of the franchise after Tom Brady and people want him to be “the guy” before 2021 is over. Talk about pressure.

What about the combine numbers? There is no way Mac and Drew were close, right? Well, it’s much closer than you think. Bledsoe, according to NFLcombineresults.com, was 6’4 and weighed 233 for his combine following his final year at Washington State. Bledsoe’s arm length was 33.25 inches and his hand size was 9.63 inches.

Let’s get to the on field college numbers. Yes, the Pac-10 in 1993 and the SEC in 2020 were much different brands of football, but the numbers are pretty staggering. In three years at Washington State, Bledsoe threw for 7,373 yards and 46 touchdowns. In Jones’ three years at Alabama – which included competitions with Tua and Jalen Hurts – he threw for 6,126 yards and a ridiculous 56 touchdowns. Jones threw just seven interceptions in those three years, Bledsoe had 34 career INT’s.

Bledsoe’s Wildcats finished 15th in the Final AP Poll in 1993 with a 9-3 record. Washington State scored 337 points and Bledsoe completed 54% of his throws. The Crimson Tide not only won another national title, but scored an absurd 630 points last season with Jones completing 74% of his passes.

The New England Patriots took a quarterback in the first round for the first time since Whitney Houston’s “I Will Always Love You” topped the Billboard chart and The Sandlot, Rudy, Gettysburg and Dazed and Confused were all released in theaters. Larry Bird was about to retire, the Red Sox were 11 years away from their first World Series in 86 years and Bill Belichick was the head coach of the Cleveland Browns.

Mac Jones won’t be listening to anything on a cassette player or rocking Zubaz pants, but the latest New England first round QB and the last one are much more similar than you think.