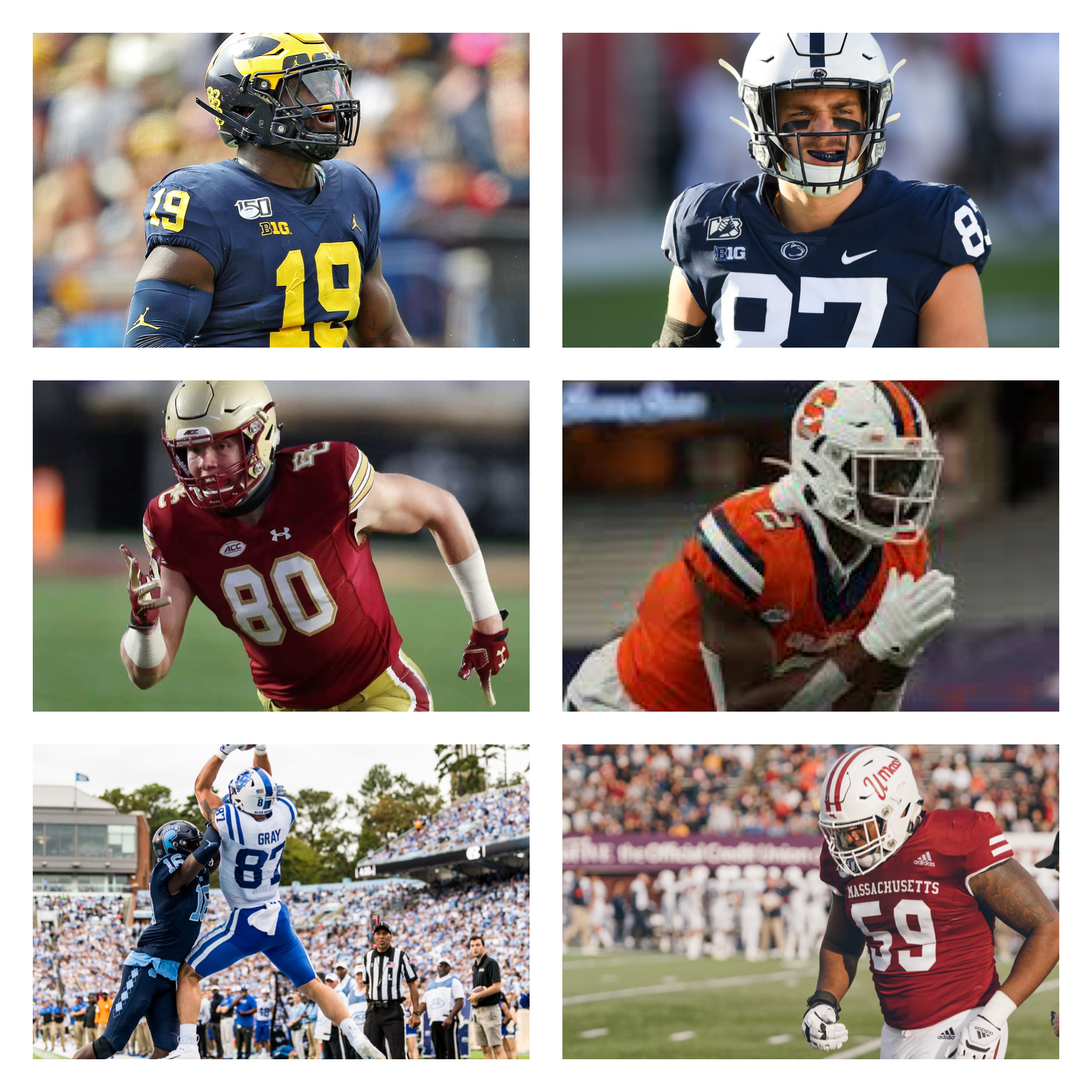 It was a banner weekend for New England as several players from Massachusetts, New Hampshire Connecticut and Rhode Island got drafted by an NFL team or signed with one.

Kwity Paye, defensive end out of Bishop Hendricken High School in Warwick, Rhode Island was drafted 21st overall by the Indianapolis Colts. Paye should step in and make immediate impact for a team that needed a pass rusher desperately.

Merrimac’s Pat Freiermuth was drafted in the second round by the Pittsburgh Steelers. The former Brooks and Penn State tight end has an opportunity to step in and start from day one. He profiles as Y tight end who can be a match up nightmare for defenses. If he can return to his 2019 form, look out!

The next player drafted was Exeter, New Hampshire native Hunter Long who was drafted in the third round by the Miami Dolphins. Long was one of the top tight ends in the nation the past two seasons and profiles as a starting tight end in the NFL. For now he will play the U or second tight spot opposite Mike Gesicki.

Another New Englander was chosen in the third when the Detroit Lions used the 101st pick of the third round on Grafton native Ifeatu Melifonwu. Melifonwu played cornerback at Syracuse. Like his brother Obi, who also played at Syracuse, and drafted by the Raiders in 2017, Ifeatu is long and athletic. He can play corner or safety.

Gardner native and former Leominster High School star Noah Gray of Duke was drafted in the fifth round by the Kansas City Chiefs. Gray, a tight end gives the Chiefs a legitimate second tight end they can pair up with Travis Kelce, something they have lacked in recent years.

Twenty two picks later, another New Englander, fullback Ben Mason of Newtown, Connecticut and Michigan was drafted by the Baltimore Ravens. Mason was twice voted the toughest player on the Michigan football team. He will be a great scheme fit in the Ravens run oriented offense.

Another Massachusetts prospect went in the seventh round as Larnel Coleman, offensive tackle out of Malden (St. Clement’s) and UMass was drafted in the seventh round by the Miami Dolphins. Coleman is a good athlete for his size and is technically sound. He could play guard or tackle at the next level.

Of course players that weren’t drafted have an opportunity to sign as free agents with teams.

Blake Gallagher, linebacker from St. Sebastian’s and Northwestern signed with the Baltimore Ravens. The Raynham native finished his career as one of the best defensive players in Wildcats history.

Merrimack safety Jovan Grant signed as a undrafted free agent with the Los Angeles Rams. The Concord-Carlisle alum will have an opportunity to make the team with the Rams looking to replace John Johnson.

It was a good weekend for New England kids. It reinforced the notion that New England is now consistently producing elite level talent.