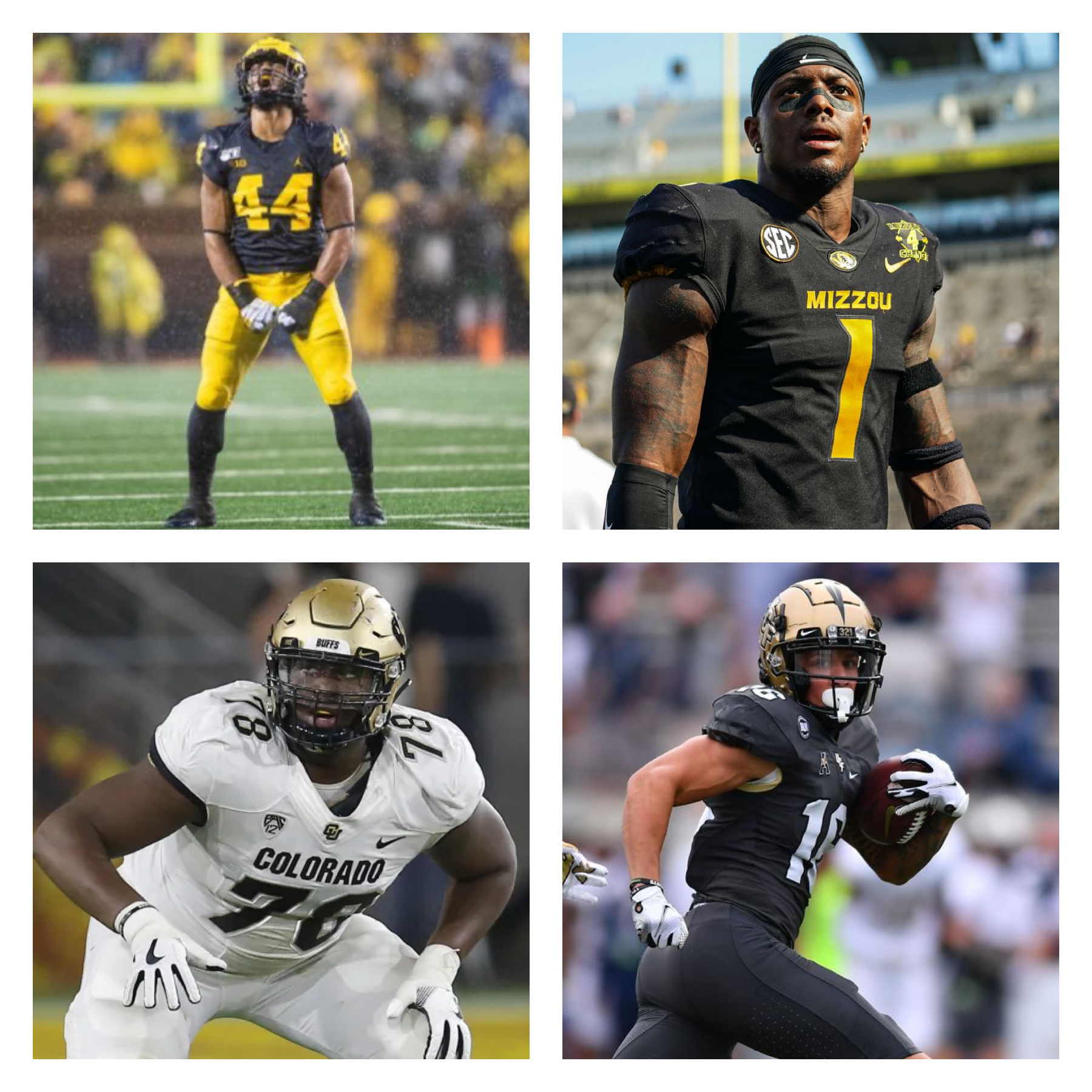 The Patriots added five more players in Saturday’s draft. Here are my thoughts on the players the Patriots in the fifth, sixth and seventh round.

Cameron McGrone, ILB, 6-0 235 Michigan: McGrone is only 20 years old so he’s young. He won’t turn 21 until June 22nd. McGrone suffered a knee injury in November so there is a good chance he could miss the upcoming season.

McGrone has played SAM and MIKE linebacker at Michigan. He is instinctual and can locate the football. A sound tackler who attacks ball carriers and finishes. Plays well laterally and can work through blocks laterally.

McGrone is a good short area linebacker who moves well in all four directions and gets depth on his zone drops. McGrone is inexperienced. Needs to play more. Unfortunately, it may not not happen this season as he is recovering from a torn ACL.

Joshuah Bledsoe, S/CB, 5-11 204: Bill Belichick values versatility at all positions but especially in the secondary. He wants safeties snd corners who can play all three downs, in all situations.

Joshuah Bledsoe can do that because he played both positions at Missouri.

Bledsoe is smooth and fluid in his drop. Matches up with receivers on the outside and can slip inside in the slot and cover receivers and move tight ends.

Has good ball skills and can track the ball and play it in the air but only had one interception in his career. Bledsoe is not an elite level athlete and does a decent job of planting and driving on the ball but he can get caught out of position at times.

Bledsoe has the vertical speed necessary to stay in phase and not get stacked. Can roll up in a press technique but can bail and play in loose technique as well.

Bledsoe will has to play on special teams if he is going to make the team.

William Sherman, OT, 6-4 312, Colorado: Sherman was a three year starter at Colorado. He has played right tackle, left tackle and guard as well. He is your quintessential swing tackle.

Sherman is tough. Fundamentally sound, he gets inside hand position on a first level defenders and gets movement. He has good enough footwork that he consistently comes off double teams and seals second level defenders.

Sherman competes as a pass blocker. Has good feet on his kick set snd can cut the edge off a speed rusher. Struggles with guys that can bend and get under his pads. That’s why he might be better suited inside at guard.

Sherman profiles as a rotational swing guard or tackle and a back up for now. He could eventually develop into a starter but it may not happen here.

Tre Nixon, WR, 6-0 187, Central Florida: Nixon is a possession receiver who can compete in one on one situations in the red zone.

Nixon started his career at Ole Miss before transferring to Central Florida. Nixon caught 11 touchdown passes for 1,392 yards in two seasons in Orlando

Nixon struggled with a shoulder injury in his senior season. Nixon plays faster than he times and it shows on film. Gets in and out of his cuts with ease and can create separation on the break.

Nixon is highly competitive, especially in one on one situations. He plays with great body control and can high point the ball consistently. He doesn’t profile as the typical Patriot receiver.

Nixon would be a fourth receiver on most roster but given the current state of the Patriots receiving corp, he could develop into a third receiver.