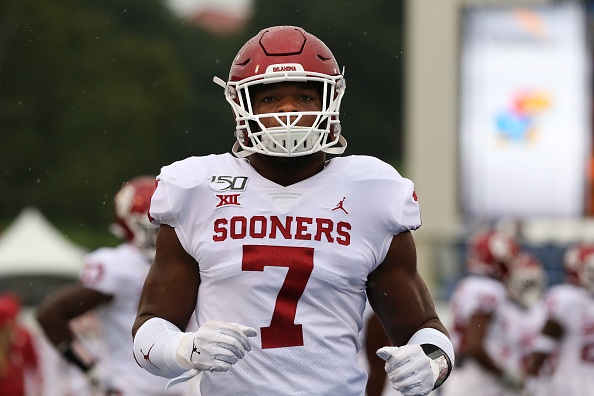 The Patriots pass rush has been non-existent the past six years. New England hasn’t had a double digit sack artist since Chandler Jones did it in 2015 when he finished with 12.5 sacks.

Perkins was a tremendous value pick late in the third round. He has been Oklahoma’s best defensive player the past three seasons.

At 6-3 247, Perkins profiles as either an outside linebacker in a 30 front or as a sub package, five technique defensive end in a 40 front. He has tremendous get off on the snap and he plays with good lean and balance as a pass rusher.

Perkins has active hands and can win with hand work, not just speed. He has the explosive lateral movement skills you look for in a pass rusher.

Perkins finished his Oklahoma career with 32.5 tackles for loss and 16.5 career sacks.

Perkins has had off the field issues and was suspended at Oklahoma but it is obvious the Patriots were comfortable with the background work they did on him otherwise they wouldn’t have drafted him.

The decision to draft Perkins could pay dividends down the road. He truly is one of the best all around defensive players in this draft. You might just say he was another steal for the Patriots.