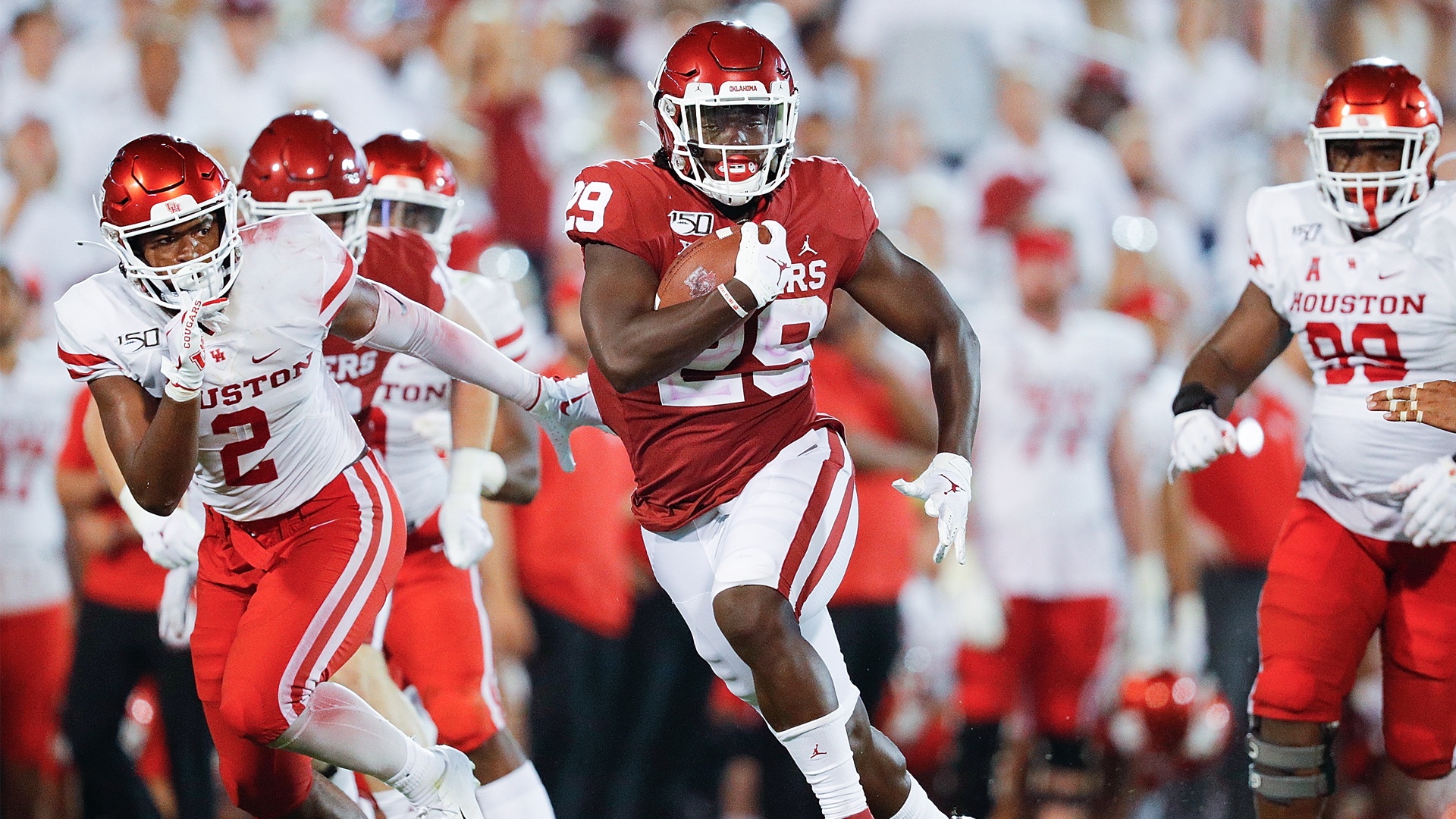 Rhamondre Stevenson is one of the few running backs in this draft who has size, is an elite level pass blocker and can contribute in the passing game.

Stevenson wasn’t the guy all the time for the Sooners but when he finally got his opportunity to be the lead back, he capitalized on it.

Stevenson rushed for 1,100 yards and 13 touchdowns in his career in a rotational role. He has plenty of tread on the tires and has starter caliber potential.

Here is my scouting report on Rhamondre Stevenson.

Outside Runner: Stevenson is patient to the outside. He allows his blocking schemes to develop and he makes hard cuts up the alley. Has a second gear in space and can navigate the sideline.

Elusive Runner: Stevenson can make defenders miss in space but that’s not his game. He would prefer to put his shoulder down and punish defenders.

Power Runner: The strength of Stevenson’s game. Balanced runner who breaks tackles. Falls forward and can push the pile on short yardage situations.

Blocker: Fundamentally sound pass blocker who attacks blitzers, stays square and punches and recoils. He is physical in this area.

Hands/Routes: Can consistently catch the ball out of the backfield. Runs fluid routes and can make defenders miss in space.

Durability: Shouldn’t be an issue. Stevenson didn’t get a ton of carries at Oklahoma. Still plenty of tread left on the tires.

Running Style: Stevenson is a power back who can run in any system and succeed. He is ideally suited as a power back in a time share.

Stevenson would be a nice complement to what the Patriots already have. The limited carries on his frame make him an appealing option.