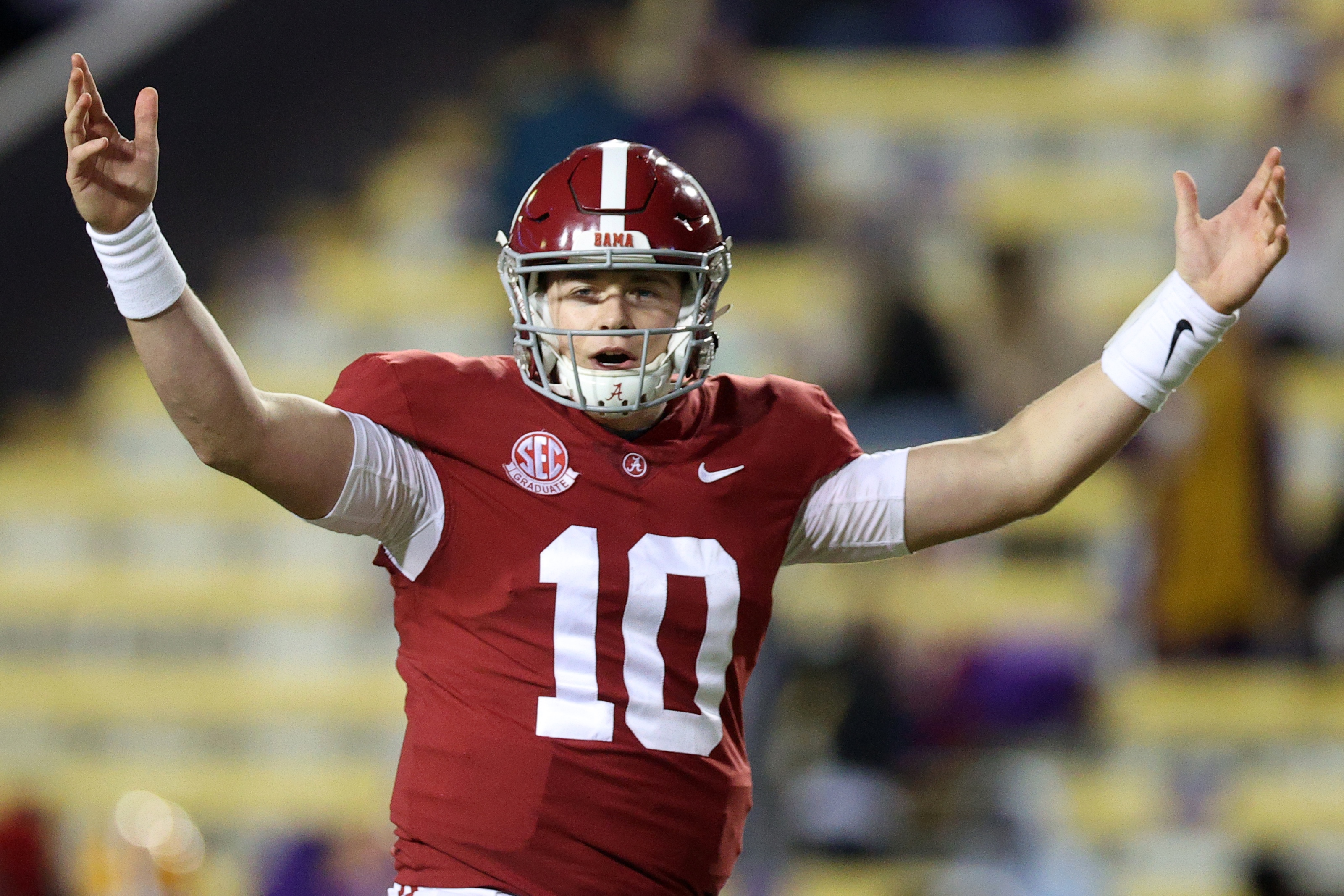 People in the media need to stop comparing Mac Jones to Tom Brady because let’s face it. He’s not Tom Brady and he never will be. Jones himself would tell you that.

If you want to compare their college careers and the road they took to the NFL, by all means. Do it. However comparing Jones to Brady is lazy and it is a byproduct of some people’s obsession with comps.

Sadly, it isn’t the fans doing it. It’s the media. Both the national and local media have been throwing the comp around throughout the pre-draft process and last night. I think it’s asinine.

No one knew what Tom Brady was going to become when the Patriots drafted him with the 199th pick of the 2000 NFL Draft. (A compensatory pick by the way.) We have a better idea of what Jones could become because he went 15th overall.

What Jones could become is a top 10-15 quarterback that could lead his team to the playoffs and possibly a Super Bowl. I like the pick for the Patriots but I still think he has the career trajectory of Andy Dalton.

Patriots fans of course are ecstatic about the Jones pick and are obviously hoping that he turns out to be the next Brady. That is fine. They are fans. That’s what they do. The expectations will be high for Jones in these parts and that’s understandable.

The fans can place lofty expectations on their athletes, it is when the media does it that it can be reckless and have a negative affect on the athlete.

So with that said. Let’s pump the brakes on the Tom Brady comp. Jones is talented but let’s not forget, he only made 17 starts at Alabama. He has taken a similar path to the NFL as Tom Brady, but that is about it.