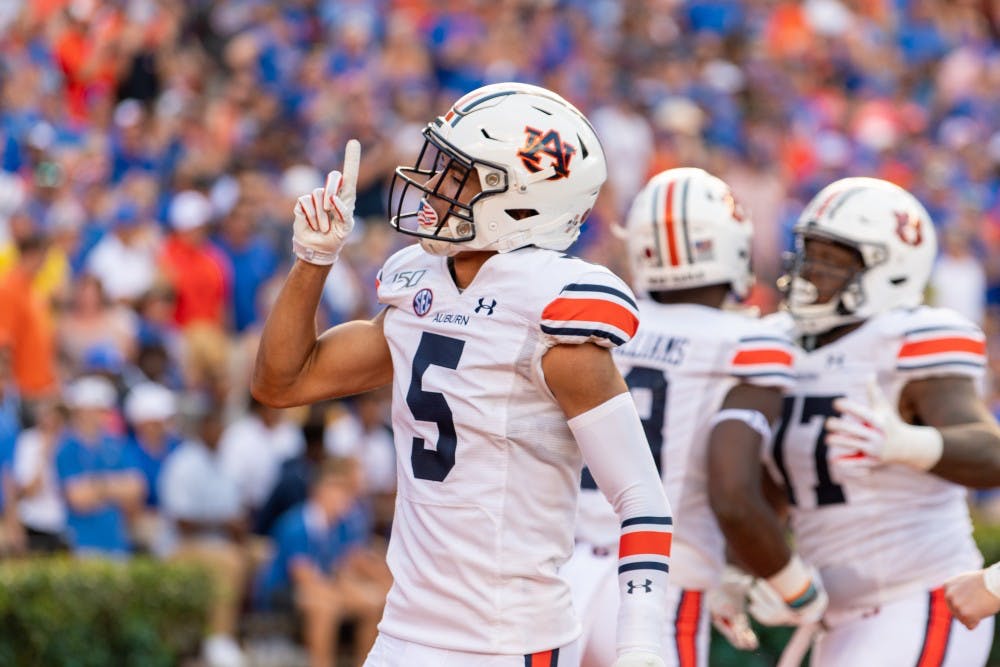 Let’s face it. The Patriots haven’t always drafted for speed at wide receiver but that may change in this draft. The Patriots signed veteran speedster Nelson Agholar in free agency and have expressed an interest in Auburn speedster Anthony Schwartz. Schwartz is built like Bethel Johnson and Chad Jackson. A long, speed receiver who can separate in a hurry. i know it is heretic to mention those names but they are good comps for Schwartz. Belichick has always been a trends guy. Now more than ever, he recognizes that speed counts in football. Drafting a player like Schwartz is a necessity nowadays. Here is my scouting report on Anthony Schwartz. Scouting Report Anthony Schwartz, WR, 6-0 186, Auburn Hands: Looks comfortable catching the ball on the run. Has a wide catch radius and shows a willingness to go up and high point the ball against man coverage. Routes: A long strider who eats up grass, Schwartz can get open in a hurry. Gets in and out of cuts with ease and separates on the break. Stacks corners routinely versus man coverage. Receive Long & Short: One of the top vertical threats in this draft. Schwartz is a big play waiting to happen. Accelerates to top speed quickly and can stack a defender on the outside and in the slot. Run After Catch: Explosive in space. Can take a perimeter screen or three step pass the distance if he catches it in stride. Blocker: Competes but needs fundamental work in this area. Needs to move better laterally and show more of a willingness to block. Release: Gets a whole body release and creates separation at the line. Rarely gets jammed and re-routed but when he does, he usually struggles to get back on track. React to Ball/Crowd: Shows a willingness to compete in jump ball, crowded situations. Plays tougher than your typical speed receiver. Initial Quicks: Displays good quickness off the line and in space. Can start, stop and accelerate at full speed. Plays fast off the line. Schwartz is your classic third or fourth speed receiver. He would give the Patriots a dimension they lack and could be a factor in the return game. The question is, can he develop into more than just a speed receiver. It is too early to tell but there is a lot of upside there.