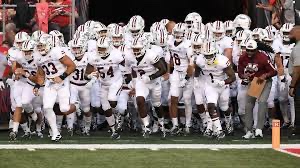 This weekend is a big one for the UMass football program.

After working throughout April the Minutemen will take the field on Saturday for the spring game (11 A.M.) and the official conclusion of the first part of the 2021 season. On Tuesday head coach Walt Bell and corner back Noah Boykin met with the media to talk about how things have been progressing this spring and what Saturday’s main objectives are.

“We won’t do anything very far outside the box for us,” Bell said of the spring game structure. “I’m excited to see a good clean football game, play some solid football, get out of here nice and healthy and then let’s get ready to go play and get ready to go for the summer time.”

The Minutemen did have a scrimmage last weekend to get a taste of some live action before the spring game and Bell believes his squad has had a very productive session thus far.

“We’ve had a great spring up until this point,” he said. “I’d say of our 13 days we’ve probably had 12 really, really, really good ones and we probably had one average day where we let the environment get the best of us. For me, moving into this week it’s cleaning up odds and ends, things we may need to put in so we can carry them over to summertime. There’s some schemes against certain defense we’re going to see that we need to add.”

It’s also a big week for now former Minuteman Larnel Coleman, who will almost certainly hear his name called at the NFL Draft this weekend. Bell talked about why Coleman will be a fit for whichever team chooses to make him part of their organization.

“I think he would be a wise investment for those guys.”

I was also very curious as to what Bell thought of the high school football in this area, particularly during this Fall II season where coaches were working on the fly under some drastic limitations. Coming from Tennessee, surely Bell knows good high school football, and he had some glowing remarks for the product and was impressed with the coaches.

“On the second side of that, I’m sure it was really hard on a lot those coaches because coaches are typically football addicts, football junkies and for them to not be able to go in the fall…but again, happy they got to go in the spring.”

Bell also talked about watching some of his commits and how much time and effort he’s seen local coaches putting in to the game throughout the Commonwealth.

“For us, we’ve seen a bunch of game tape, obviously we haven’t been able to be on the road for any of it…guys like Brady Olson, Dom Schofield and those guys at Milford that are committed to us, we watched a couple of their games on the internet coming off the field on a spring practice Saturday,” Bell said. “In terms of the football, I’m a big proponent of the football here, I think it’s really well coached, I think the people here are really invested in the game. Even though it may be in a bit of a different way than kind of where I’m from, the guys that are invested are incredibly invested, they’re incredibly proud of the state of Massachusetts, the quality of football in this state.

With the hockey team recently winning the national title, it would be hard for any athlete on campus not to be motivated by the success and what comes with it, which is something Boykin talked about.

“We’ve got to go win something, everybody around us is winning something. It’s definitely motivated us,” he said.

A lack of winning is motivation enough, but the hockey team’s success has only added fuel to the fire. The alumni are restless, but so are the players. There is a different attitude around the team early on and UMass is just beginning to write its story for 2021.

Saturday morning will be the final pages of chapter one, with players and coaches looking to leave fans wanting more for when they begin writing chapter two in August.