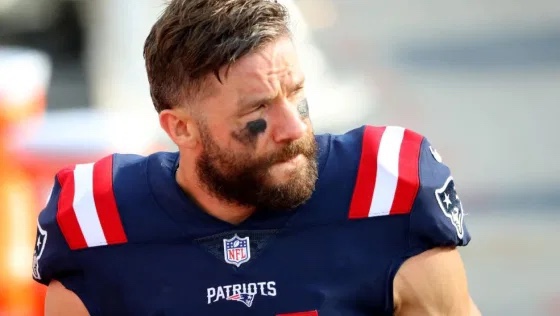 Upon announcing his retirement earlier this week, people immediately began debating whether or not Julian Edelman is a future Pro Football Hall of Famer.

The debate was magnified when the Pro Football Hall of Fame put out a tweet stating that Edelman would be eligible for the Class of 2026. It only furthered the argument of whether or not Edelman is actually a Hall of Famer.

With the news of @Edelman11's retirement announcement today, he would first be eligible for the Hall of Fame in 2026. pic.twitter.com/xRsP3QP25K

On the surface, Edelman is not a Hall of Famer. Not statistically any way. His numbers are not Hall of Fame worthy in my opinion. Here are his career numbers.

Supporters of Edelman’s candidacy have pointed to former Steeler Lynn Swann being a Hall of Famer as a comp because he has similar numbers to Edelman. Edelman actually caught more passes for more yards than Swann but Swann scored 15 more touchdowns in his career.

Where you can make the case for Edelman of course is his post season production. He caught 118 passes which second most all time behind Jerry Rice. Edelman racked up 1,442 yards receiving and some great playoff memories, most notably the catch against Atlanta.

The question is, is that enough to get him into Canton? It depends. The Hall of Fame isn’t as stringent as it once was when it comes to getting in. Some would argue that especially receivers like Reggie Wayne and Torry Holt who are both still waiting for the call but the reality is, it is not as challenging to get in as it once was.

Edelman has a shot at getting in because the debate on receivers is going to start to change in the coming years. Wide receiver is becoming a position of longevity now and in this era of throwing the ball, receivers are now stat compilers. When evaluating their candidacy, the voters are going to have to look beyond the stats. Body of work and impact on the game will have to be factored in as well.

If that is the case, Edelman will be a strong candidate then because of his impact as a slot receiver and his playoff performances.

Edelman’s candidacy will be greatly debated for the next five years and both sides will make a compelling arguments. It will be fascinating to watch it all play out. The bottom line is, Edelman’s candidacy is complicated. Which receivers get in in the next four years will determine if he gets in or not.