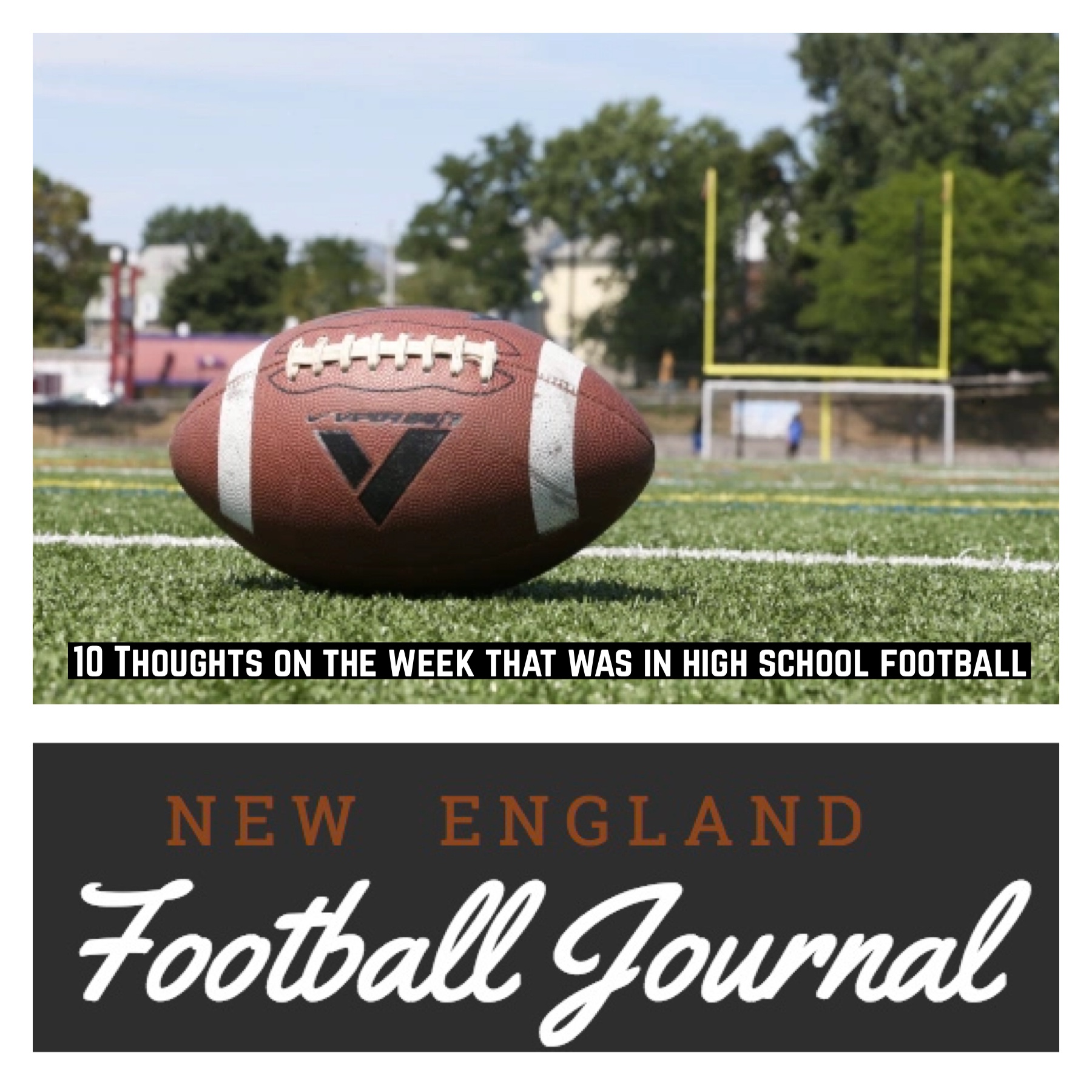 As we wrap up week two of this Fall II season today, here are some thoughts on this past weekend in high school football.

1. Cancellations and injuries continue to be the story in Massachusetts high school football. Central Catholic’s Jermaine Wiggins suffered what was described as a lower body injury a day after committing to Arizona. Our thoughts are with Wiggins in the hopes that he has a speedy recovery.

2. For all the grief they got last week for losing to Xaverian, B.C High showed up and played with a lot of heart in their 37-35 win St. John’s Prep. It was a huge win for a program that is trying to get into the conversation as an elite team in the Catholic Conference.

3. Milford hung with Mansfield on Saturday before eventually losing 20-7. All of the points scored in the game were scored in the first half. Both teams played great defense.

4. Duxbury took care of business on the field, beating Silver Lake 37-0 but news broke yesterday that head coach Dave Maimaron did not coach in the game. According to reports, the program has been using Anti-Semitic and derogatory terms in its play calling and audible systems. The school superintendent put out a statement stating that the district was aware and was taking the necessary steps to address the issue.

It will be interesting to see how the district proceeds in this situation and what Maimaron’s future with the program is.

5. If you don’t know who Anthony Morrison is, you should. Morrison is the starting running back at Bridgewater Raynham and he rushed for 284 yards in the Trojans 19-12 win over Durfee.

6. Springfield Central kicked off their season with a 55-14 win over Minnechaug. The Golden Eagles looked like a machine in the win. You wouldn’t know that the last time they played was the D3 Super Bowl in December of 2019.

7. Billerica beat North Andover 29-27 in a nip and tuck game. It was a big win for Duane Sigsbury’s team. Billerica is trying to reestablished itself as player in the MVC and a win like this is a big step towards that goal.

8. Wellesley has been absolutely dominant in their first two wins beating Newton North and Needham by a combined total of 82-0. If this were an actual fall season, the Raiders would be a contender in D2 South.

9. Stoughton earned a hard fought 21-7 win over Foxboro. The Knights can pound the ball out of their Wing-T offense and they play great defense. It’s a shame there are no playoffs in this season. Stoughton could legitimately come out of D3 South.

10. Milton beat Braintree 33-0 this past weekend setting up an early season show down with Natick on Thursday. The game figures to be one of the best match ups in the Bay State League this season.