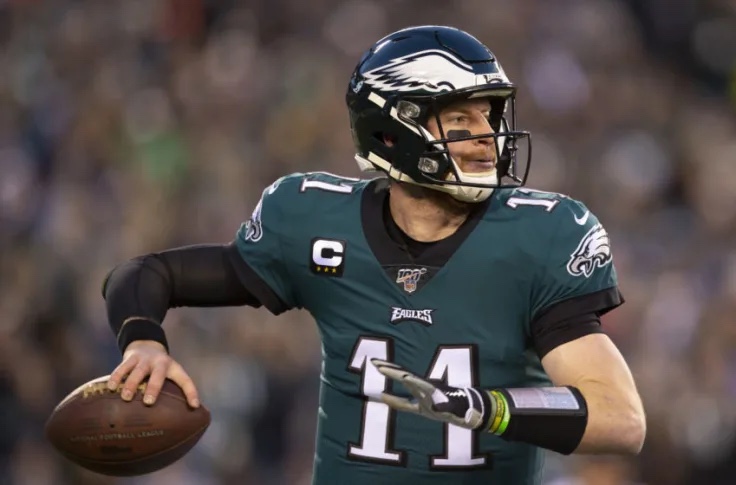 The Philadelphia Eagles have traded quarterback Carson Wentz to the Indianapolis Colts for a 2021 third round pick and a conditional 2022 second round pick. According to ESPN’s Adam Schefter. The conditional second round pick would turn into a first round pick in 2022 if Wentz plays in either 75% of the Colts snaps next season or 70% of the team’s snaps and they make the playoffs.

By making the trade, the Eagles will absorb a $33.8 million dollar cap hit in 2021, the largest in NFL history. On the flip side, they rid themselves of the reminder of Wentz’s contract.

For the Colts, this deal could be a steal if head coach Frank Reich can get Wentz back on track. Wentz was open about his desire to play closer to home and to play for Reich again.

At 6-5 235, Wentz has the size, arm strength, athleticism and I.Q necessary to be a franchise quarterback. It started off great in Philadelphia but thanks to a knee injury Wentz suffered in his second season, he was never the same. Factor in injuries to the Eagles skill group and offensive line and things quickly deteriorated for him in Philadelphia.

Now Reich is being tasked with getting Wentz right and given their relationship, it is certainly possible. Trust is an important component in the quarterback, coach relationship. Wentz hasn’t been the same since Reich left Philadelphia two years ago. Now Wentz is betting on that relationship with Reich as the impetus for a career turnaround.

I liked Wentz coming out of North Dakota State in 2016 and I still do. I like his size and skill set. I think he has everything that it takes physically to be a franchise quarterback. It is all mental with him right now and that is where Reich comes in. He needs to get him back on track mentally.

I think Wentz can finally reach the potential the Eagles saw in him when they traded five picks to move up to get him. Wentz can be a top 15 quarterback if he regains his confidence and stays healthy.