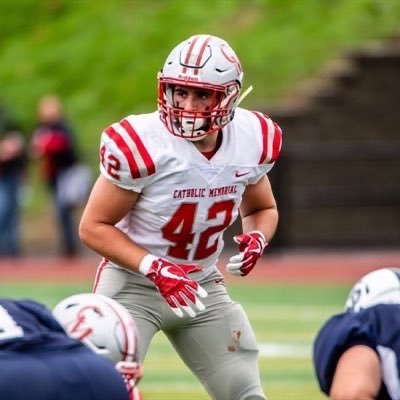 The Fall II football season kicks off on Monday February 22nd. After a year and half of no football, student athletes in Massachusetts will be hitting the gridiron once again.

We start our previews with a look at Division 1 which will once again be dominated by the Catholic Conference.

Here are my thoughts on Division 1.

2. The loss of junior athlete Joenel Aguero is a big one for St. John’s Prep. Aguero transferred to IMG academy in Florida. It is hard to replace a skilled playmaker like that.

3. Central Catholic will once again be a player in D1. Coach Chuck Adamopoulos returns a terrific skill group led by Ayden Pereira and Jermaine Wiggins. Both should be amongst the top players in the state and they lead one of the programs in the state.

4. Both B.C High and Xaverian should be better and both will push the Prep and CM in the Catholic Conference. The problem is, they may not have the talent to compete with them for a conference title.

5. Andover is a sleeper in D1 North. Coach E.J Perry returns several key starters including quarterback Scotty Brown who sparked the Warriors to an upset of Everett.

6. Speaking of Everett. New coach Rob DiLoreto inherits one of the most talented rosters in the state led by Ismael Zamor, Josiah Stewart Tyrese Baptiste, Eli Auguste and Samy Lamothe. The Tide will once again be one of the top public school programs in D1.

8. Framingham is a program on the rise. Head Coach Ed Mantie is entering his fourth season and he has completely changed the culture. The Flyers expect to compete and they will push Wellesley for supremacy this season on the Route 9 side of the Bay State League.

9. Mansfield and King Philip will get most of the attention on the Kelley-Rex side of the Hockomock but don’t sleep on Franklin and Attleboro. Both programs return solid senior classes and there is belief within both programs that they could compete with the big boys. Taunton is another program to keep an eye on in the Hock.

10. Lowell is another program to keep an eye on in the North. Dual threat senior quarterback Naujiye Neal leads an offense with some big play capability.