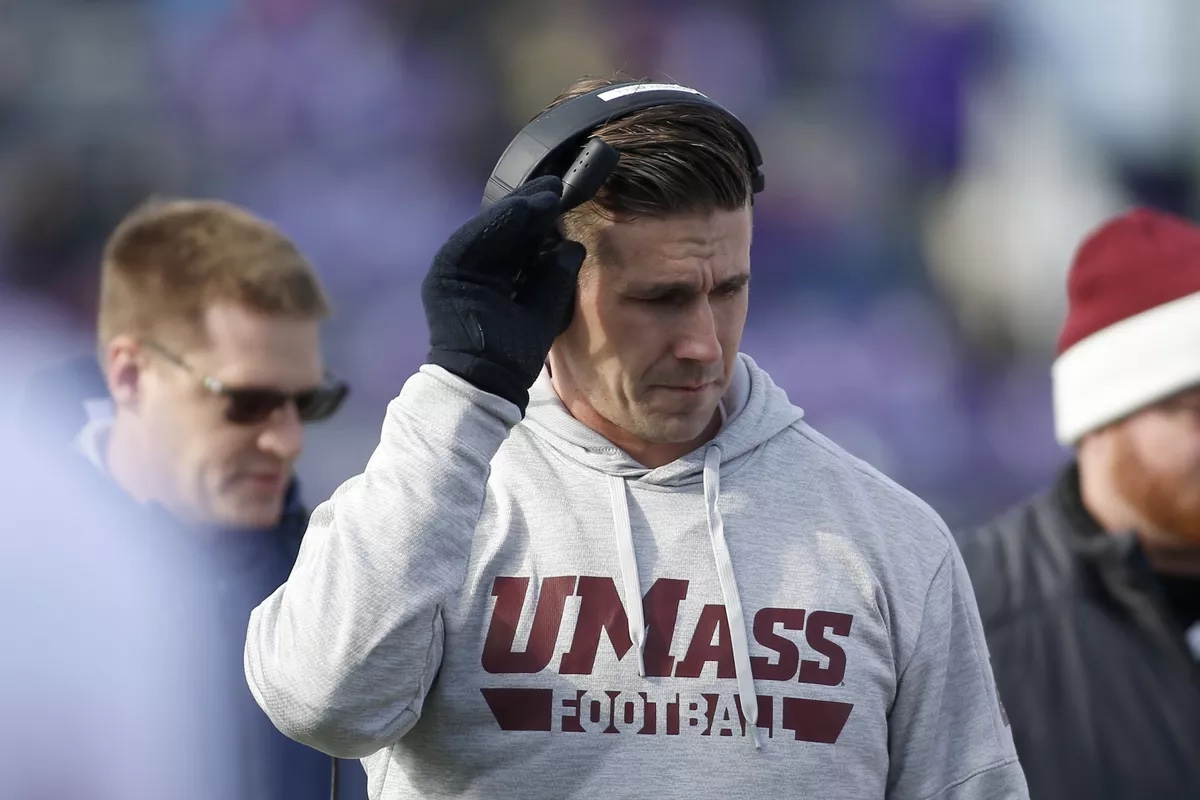 The UMass football staff has been overhauled in recent weeks, especially on the offensive side of the ball.

Three new coaches have joined the staff since the end of the season and one needs to be replaced as head coach Walt Bell continues to try to rebuild the program.

Earlier this off-season, offensive line coach Micah James left for Utah State and was replaced former Minutemen offensive line Alex Miller who was the offensive line coach and run game coordinator at New Hampshire. Miller has experience coaching in a run first spread offense and will bring many of those concepts with him to Amherst as he and Bell blend concepts.

Tight ends coach and recruiting coordinator Jon Bills left the staff last week and accepted the tight ends job at Florida Atlantic. The loss of Bills creates a void as he had done a good job of developing relationships with coaches in Massachusetts and New England.

Bell now has to replace Bills. It will be interesting to see what direction he goes in that regard because he has two positions to fill in essence.

Change is a good thing. The new hires will bring with them new ideas and fresh concepts. Something the program could use as Bell continues to try to turn things around.