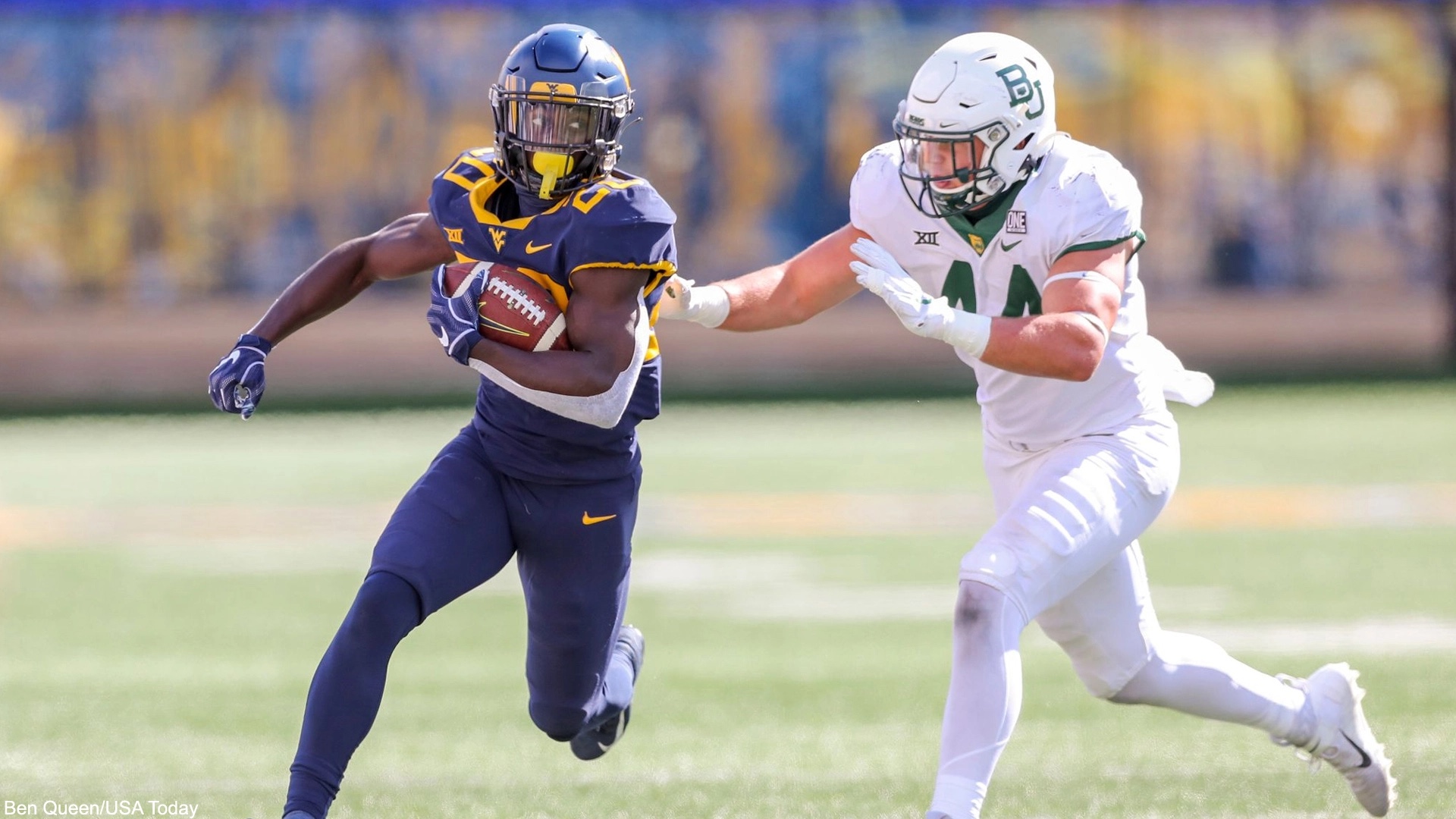 A day after David Bailey announced that he was leaving Boston College via the transfer portal, the Eagles took advantage of the portal themselves by adding West Virginia transfer Alec Sinkfield.

The 5-10 190 native of Delray Beach, Florida played at Heritage High School and was a three star recruit coming out of high school.

Sinkfield is a pure zone runner who runs with good balance, vision and he can identify the first cut and make it. He has some serious pick up in the open field. He can separate and score.

Sinkfield can also be a factor in the passing game. He runs good routes out of the backfield, has soft hands and can make defenders miss in space. He will be effective on screens, swing routes and flat routes.

Like new teammate Travis Levy, Sinkfield could also contribute in the return game as well. He routinely made big plays as a return man at West Virginia.

The Eagles had some quality depth behind Bailey but losing him was still a blow. Adding Sinkfield who is a better scheme fit because of his running style, more than makes up for the loss of Bailey.