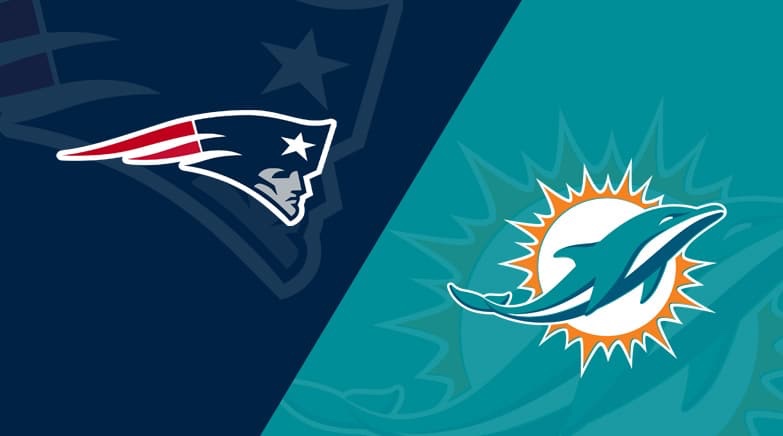 Opening Drive: The Patriots and Dolphins are meeting for the 110th time today. Miami holds a 56-54 advantage in the series. The two teams have met three times in the playoffs as well with the Patriots winning two of the three meetings.

The Patriots beat the Dolphins 21-11 in the season opener at Gillette Stadium. Miami is a drastically different team now with Tua Tagovailoa starting at quarterback. Ryan Fitzpatrick was the starter in the first meeting.

Not only has the Dolphins offense improved since Tua took but the Dolphins defense has gotten better as well. They are among the league leaders in generating turnovers.

Here are three offensive and defensive keys to the game for the Patriots.

1. Handle their pressure: Brian Flores and defensive coordinator Josh Boyer are aggressive. They like to mix up their fronts, coverages and bring pressure from all three levels.

Being aggressive has paid off for the Dolphins this season as they have generated a lot of turnovers doing it.

The Patriots are going to need to be alert in pass pro and Cam Newton is going to have to do a good job identifying pressure post snap.

2. The Sony Show: With Damien Harris out, Sony Michael is going to have an opportunity to get the bulk of the carries and re-establish himself as the team’s number one back. The Patriots are going to utilize a heavy ball control rushing attack like they have all season so Michel is going to need to be productive.

3. Consistency from Cam: Cam Newton has been wildly inconsistent this season and it has been frustrating for the organization and fans alike. If the Patriots are to win this game and keep their slim playoff hopes alive, Newton is going to have to do the little things today. Like execute in the passing game. His accuracy issues and inability to consistently locate the open receiver have hindered this offense all season long.

1. Simulate pressure: The Patriots are going to have to simulate pressure and try to confuse Tua. Look for a lot of bluffs and defenders coming from different levels on the snap today. Disguising and moving around are going to be key to affecting Tua mentally.

2. Be physical with their receivers: The Patriots should play a lot of man coverage today and be physical with Miami’s receivers. DeVonte Parker, Mike Gesicki and the rest of this receiving corp like to get vertical and into space. Re-route them, throw them off track and make them have to adjust their routes!

3. Generate turnovers: The Patriots must force at least three turnovers today if they want to win. The offense will need as many possessions as possible in order for the Patriots to win this game. Clouding Tua’s reads and forcing him to make bad decisions will be key.

Final prediction: Dolphins 28 Patriots 24: I think the Patriots will play well enough to stay in this game but Miami has been a house of horrors for them and this Dolphins offense is far more explosive with Tua at quarterback than it was with Fitzpatrick. Give me the Phins in a shootout of sorts.