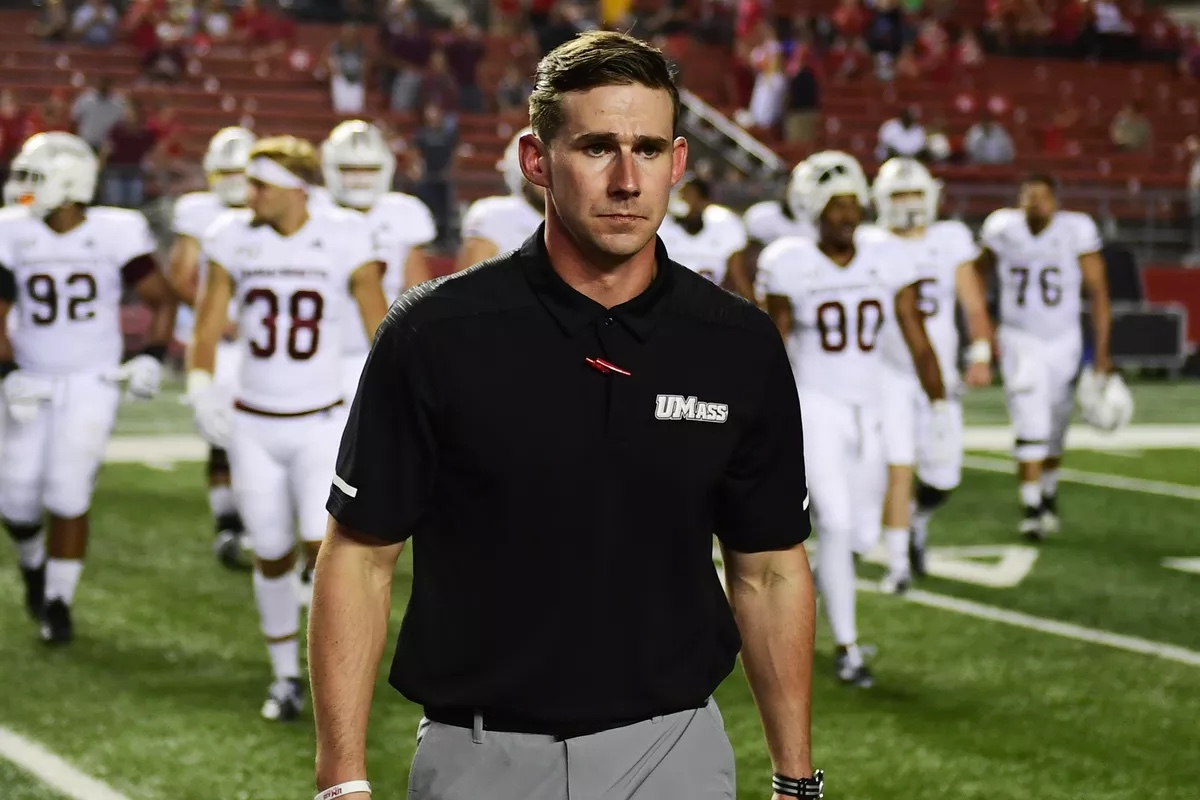 UMass wrapped up a shortened season Friday with a 45-0 loss to Liberty. The Minutemen finished 0-4 after losing games to Georgia Southern, Marshall, FAU and Liberty by a combined score of 161-12.

UMass initially announced in September that they would not be playing this fall but then changed course and announced they were playing. Athletic Director Ryan Bamford was able to pick up four games. In many ways, this season was like spring ball for the Minutemen. It was about the young players reps.

It was never about winning. Walt Bell and his staff knew this was going to be a difficult season. It was about getting young guys like quarterback Will Koch, defensive tackle Josh Atwood and free safety Ta’Ron Powell playing time.

All three players gained valuable experience as did other young players. The problem is, the Minutemen were not competitive. Not even remotely competitive.

UMass played well in spurts offensively against Marshall and played their best game defensively in the Walt Bell era against FAU but other than a game and a quarter, they looked like a Division 2 football program playing against Division 1 competition.

The program has a lot of hurdles to overcome in order to be competitive. Life is tough as an independent mid-major with limited resources and facilities. The program is reliant on playing Power 5 schools for big paydays.

It is why they more than likely will never return to the FCS level because the administration knows the money is better as an FBS independent. While the money might be better, it is hard to build a program and be competitive this way.

It is why I believe it is time for UMass to enter a conference again. They need to be in a conference so that they have more stability in terms of scheduling and they can be more competitive. They could also use the T.V money that could come from playing in a conference. Money that is not there when you are an independent.

What conference takes them in is a whole different conversation and one that can be had at another time. The bottom line is, the Minutemen need to get into one if they have any interest in being competitive long term.

Bell also needs to make changes on his staff. He and his staff have done a good job of recruiting outside of New England and bringing in talent. The problem is, the players aren’t producing on the field which ultimately falls on the staff.

Bell fired offensive line coach Jim Jackson earlier in the off-season but based on what we saw this season, more changes to the staff might be necessary. I know how hard a business coaching is and I am certainly not advocating for changes. I am simply saying that Bell may not have a choice if he wants to turn this program around.

Building recruiting in-roads in New England would also help the program. Bell and his staff need to get more kids from this region, especially Massachusetts. They need to develop relationships with the high school coaches. It is great that they have a potential pipeline to the DMV (Washington Metropolitan area) because of coaching ties but those ties need to extend to New England. More local kids playing at UMass would help the program and the brand. It would generate more fan interest.

UMass is a bad program right now and it is going to take time to fix it. Bell and the administration need to turn things around this off-season. The future of the program depends it. Another non competitive, one win season isn’t going to cut it in 2021. It could be the death knell for this program at the FBS level.