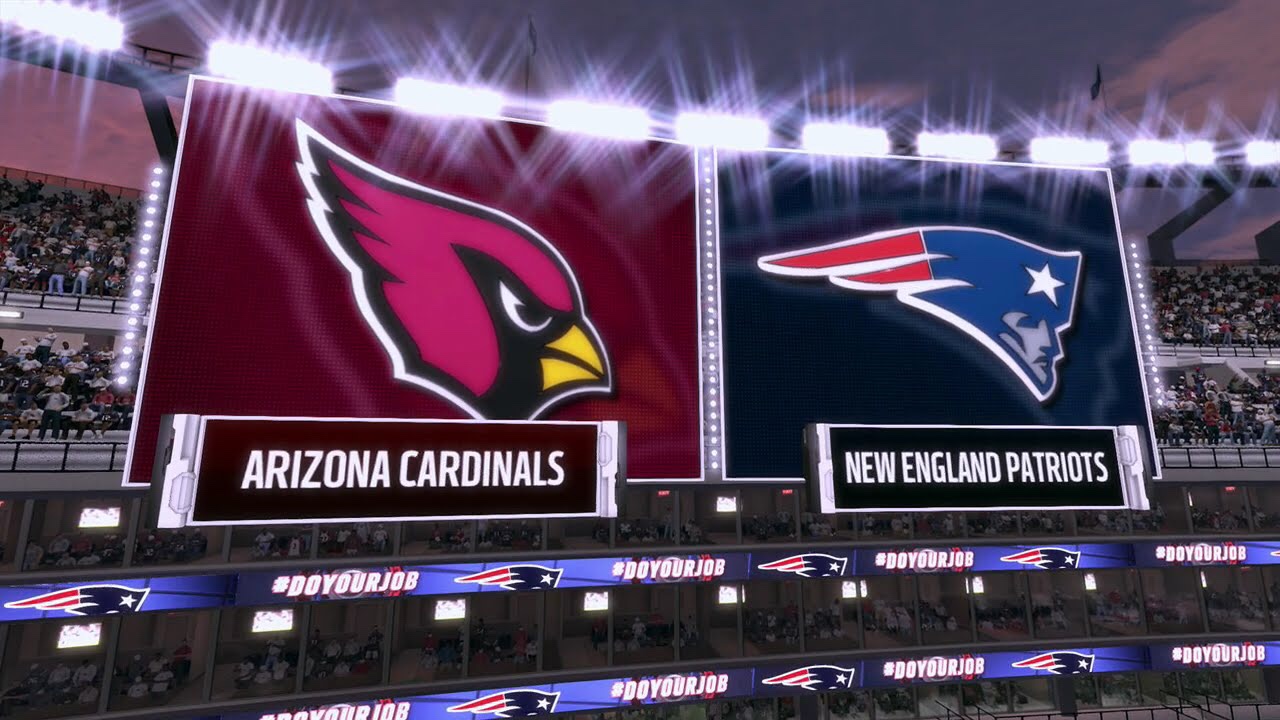 The two teams are meeting for the first time since 2016. The Patriots beat the Cardinals 23-21 in Arizona in the season opener.

The Patriots and Cardinals are meeting for the 15th time. The two teams have gone 7-7 against each other in regular season meetings. New England has won the last two meetings (2012, 2016)

The Patriots have faced the Cardinals four times during Bill Belichick’s tenure as Patriots coach and are 3-1 in those games.

Here three offensive and defensive keys for the Patriots.

1. Pound Em! Arizona ranks 23rd against the run thanks in large part of a bunch of injuries along their defensive line. The Cardinals have lost Chandler Jones, Corey Peters, Jordan Phillips and Zach Allen for the season. They are vulnerable up front. The Patriots need to establish the run and stick with it.

2. Use a bunch of formations and motion: The Cardinals like to match up outside linebacker Isaiah Simmons, free safety Budda Baker and cornerback Patrick Peterson on your best players. Defensive coordinator Vance Joseph also likes to use them in his blitz packages.

Offensive coordinator Josh McDaniels must combat this by using a bunch of formations and motion to create conflict and get his skill guys away from those guys.

3. Control the clock: Arizona is explosive. They can score and score in a hurry. The Patriots need to limit their possessions by running the ball and controlling the clock. Playing keep away will help today.

1. Gilmore on Hopkins: If the Patriots are going to play any form of man coverage today, then look for Stephon Gilmore to match up with DeAndre Hopkins the entire game. Arizona stresses coverages by running Murray on designed runs. The Patriots will have to blend coverages to account for him.

2. Blend coverages: Dual threat quarterbacks like Kyler Murray stress a defense. You cannot play straight up man against him because of his ability to run and make big plays as a runner. The Patriots will have to blend coverages to account for Murray as a runner and as a passer.

3. Limit the big plays: The Cardinals are a big play offense. They thrive on making big plays. The Patriots have been giving up a lot of big plays of late. Something has to give today. If the Patriots give up a bunch of big plays, they will lose.

Final Prediction: Cardinals 31 Patriots 24: I think the Patriots will play well offensively but I cannot see their defense stopping Arizona’s explosive offense. The Cardinals can score in a myriads of ways. They put a lot of stress on a defense. The Patriots will bend and break today.