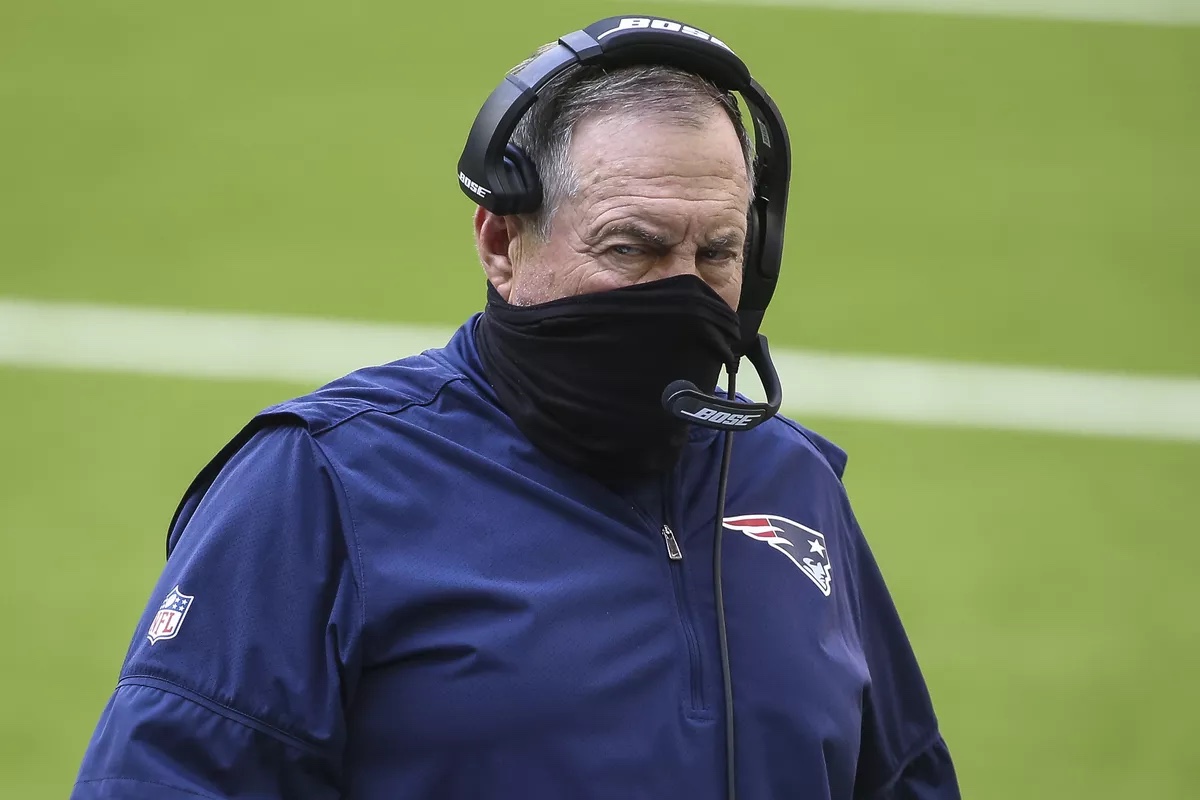 If the past few weeks were two of the best Bill Belichick interviews by Ordway, Merloni and Fauria, then this one easily wins the award for most awkward.

Belichick was not in a chatty mood as you’d expect after the 27-20 loss in Houston, so, credit to the guys for not backing down, but pissy Bill can make interviews quite cringeworthy.

Right from the jump when Ordway introduced Belichick and asked him “how are ya?” he got nothing but silence, setting the tone for what was to come over the next 20 minutes.

Ordway started the interview asking Belichick why his team hasn’t been able to close out four different games now where they have the ball in the final minutes and a chance to tie or take the lead.

“Well, I think we had a lot of opportunities yesterday,” he said. “The last drive of the game was one of them, but there were number of things we could’ve done better. We could’ve coached better played better and that would’ve helped us along the way. I don’t think we just focus on one or two plays at the end of the game, even though they were critical plays. There were a lot of things that contributed as well, we’ll continue to try and build on the positives and correct the things we need to do better.”

Fauria followed with a friendly softball question, asking Bill if there’s at least some good to come out of the fact that this team is still in those games late.

Merloni got the first true pissy-BIll response when he asked if Belichick still feels like his team is better than its current 4-6 record. In fairness, Belichick may have mis-heard the question as Merloni acknowledged it was Cam Newton who said that.

“I don’t think I ever said that, we’ve just got to keep getting better one day at a time and try to get better this week against Arizona. I didn’t say anything about our record. Not much to talk about there, it is what it is.”

The conversation soon shifted to the lack of a pass rush on Sunday and why Deshaun Watson – aside from being pretty good at football – was able to have such an easy time against the Patriots’ defense.

“Look, they have a good offense, they have a good quarterback, good receivers and good backs,” Belichick said. “They’re not an easy team to defend, so we’ve just got to do a better job of it. We have to coach better, play better and execute better.”

Fauria got a decent awkward silence pause out of Belichick when he followed up asking why JJ Watt was able to bat so many balls down on Sunday. Is it Cam’s throwing motion?

“…I’d have to go back and look at each individual play but (JJ) is a big long guy playing on the left side,” Belichick mumbled after a seven-second pause. “He’s batted down a few balls in his career. A couple times we had shorter, quicker throws, he’s a tough guy to throw around.”

Lou jumped back in to the uh-oh end of the pool with coach when he asked Belichick why Damien Harris saw little-to-no work following a very successful opening drive, To say Bill got his back up in response to this question would be a severe understatement.

“”We had quite a bit of success throwing the ball, we threw for almost 350 yards,” Belichick snapped back. Merloni followed up and rightfully pointed out how bad the Texans’ run defense has been, so why go away from Harris?

“Look, they’re well coached, they did a good job of doing some things in the running game that made it more advantageous to throw the ball. If we’re going to be able to throw it for that kind of production we should keep doing it. WE’re looking to take advantage of opportunities, I’m not sure what to tell you, Lou.”

It wasn’t over there. “I’m not questioning you, I’m just curious,” Merloni replied.

“We ran it,” Belichick annoyingly answered back. “I wouldn’t say we didn’t run the ball.” Merloni wasn’t backing down…”you ran it four times after the first couple drives, that’s all,” he added.

About 10 seconds of silence soon followed before Ordway mercifully moved on to asking Bill about the 16-play, nine-minute drive that ended in just a field goal and how much settling for three in those spots instead of seven hurts.

“The red are is definitely an area we could’ve been better in on both sides of the ball that could’ve helped us,” Belichick answered. “Not just the red area but across the 50 in general.”

After talking (very) briefly about the fantastic day from Damiere Byrd, the loss of Rex Burkhead, the continued success of Kyle Dugger, some questionable decision making and the Arizona Cardinals, it was time for the Mercedes Benz Question of the Week.

This one was simple and straight to the point but a good one, specially with no high school football around here this week. Has there ever been a Thanksgiving without football being a part of Belichick’s life?